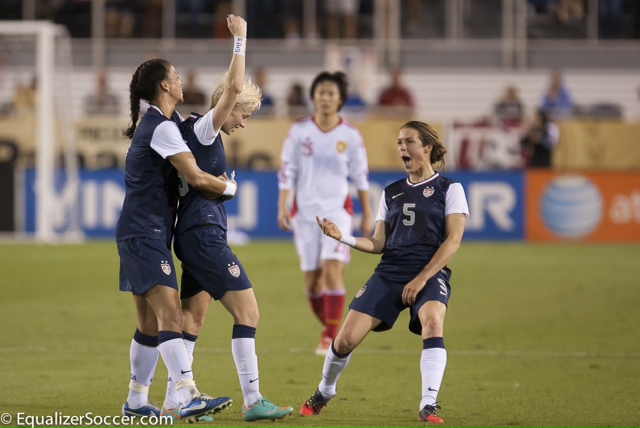 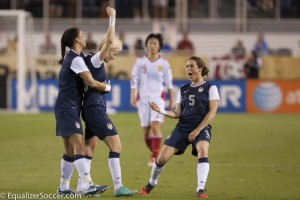 Megan Rapinoe’s 36th minute goal to put the U.S. up 2-0 against China on Saturday (an eventual 4-1 victory) was scored from a distance you don’t often see.

Major credit to Heather O’Reilly and Carli Lloyd, who made this play happen with their hustle. But it has to be asked: What in the world was China thinking? The free kick was taken so quickly (with the ball still illegally rolling, mind you), it was as if they were trying to catch the U.S. off guard with a quick set piece…except China was headed the wrong way on the field. The video speaks for itself: