This Week in Women’s Soccer: Dec. 8 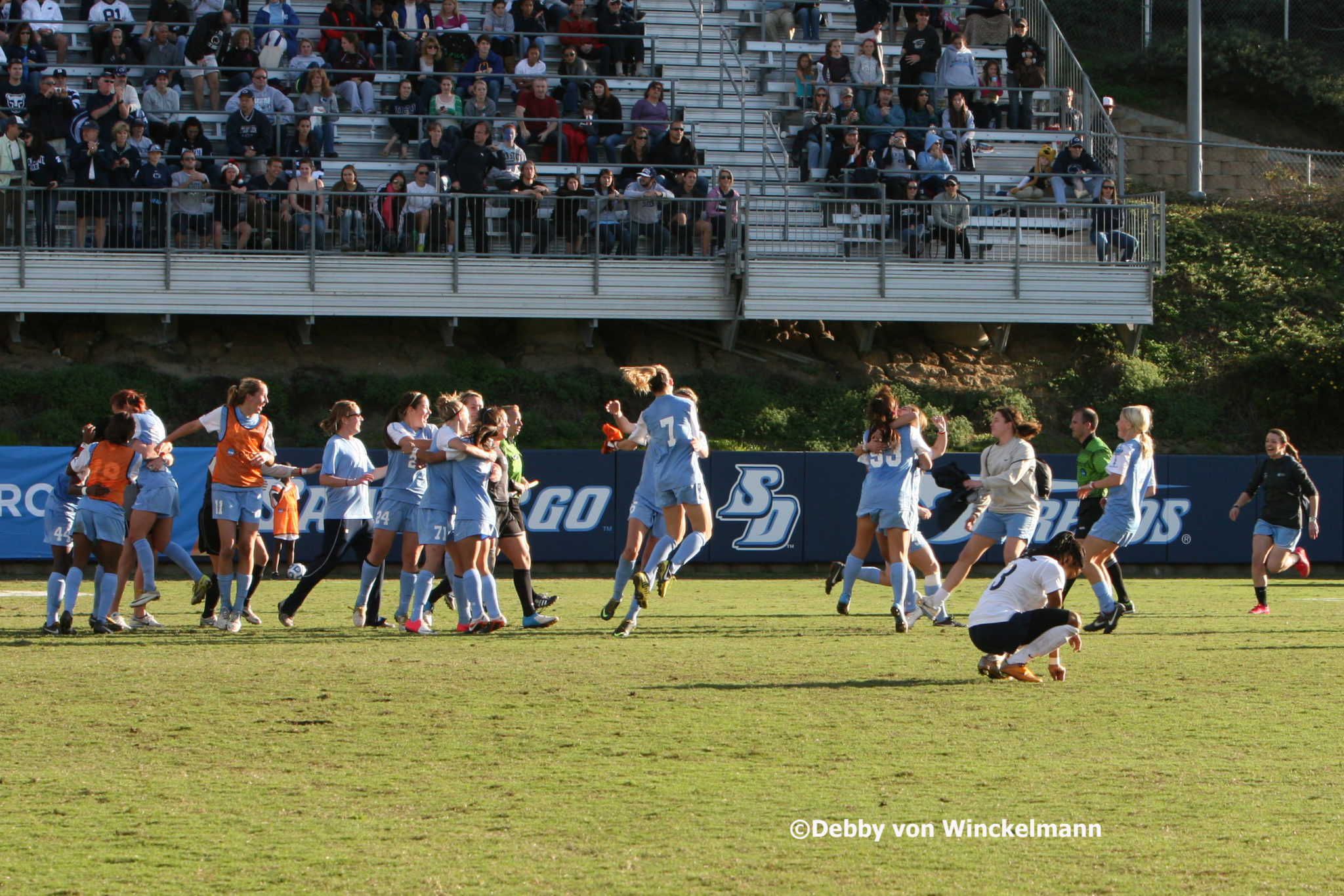 This Week in Women’s Soccer on the North American Soccer Network is back with former U.S. international and Olympic gold medalist Cat Whitehill and I talking about the latest happenings in women’s soccer. This week, we discuss the North Carolina’s NCAA championship triumph and the latest news and notes around the new women’s soccer league and the U.S. women’s national team. Check out more soccer banter a NASN.tv.

To expand upon some things from the show and add in some news that broke after recording:

The D.C. franchise, owned by the D.C. United Women ownership group, is expected to announce the team’s name early next week. The name won’t be “Freedom” and it won’t be remain D.C. United Women. We wrote on that last week.

The Portland franchise, owned by Major League Soccer’s Portland Timbers, is also expected to name the team this week. It seems like a play on Portland’s nickname, “The Rose City” could be in play. Portland Roses? Sounds strange. There could, however, be something to the name Rose City FC. Here is what owner Merritt Paulson said:

The Seattle franchise plans to reveal its name and identity sometime before Christmas. There’s been much debate surrounding that, too, with the names “Sirens”, “Reign” and “Seattle FC” having been leaked. I chatted with Seattle owner Bill Predmore earlier this week and he said that while no name has been selected yet (publicly, anyway), all those names are options.

“Those are all names that we’re looking at,” he said. “Those are all domains I registered. I don’t think what people are saying on a few blogs are going to be influencers. We’re going to pick the name that best fits us.”

The “Sirens” name has struck up a debate due to the depiction of sirens in Greek mythology as women who lured sailors to their death. Is that sexist? Predmore doesn’t think so. He sees the name “Sirens” as a symbol of strength.

“I like the idea of a club that is centered around powerful women,” he said.

As I said in this episode of “This Week in Women’s Soccer”, I get the hunch that Sirens is the direction they are going and I think there may be some initial backlash that dies off as the name grows on people. There’s already a parody site and Twitter account of “Sirens FC” but that kind of spirit is all in the spirit of a healthy rivalry…we hope.

Starfire Sports Complex remains the home base of choice for the team, regardless of the presence of the Sounders Women, but nothing has yet been finalized on that front, either.

No Vancouver Whitecaps Women in 2013

Keeping with things in the Northwest, the Vancouver Whitecaps have decided not to field a W-League team in 2013. That’s a major blow to women’s soccer in British Columbia and the W-League. Vancouver has long been one of the strongest, most consistent franchises on and off the field.

The Whitecaps Women have always claimed they are interested in playing at the highest level. Severing ties with the W-League actually may indicate that after USL decided not to get involved with the professional women’s league, which sources say eliminated several teams from exploring the pro league further due to USL contracts.

If this is a way of setting up Vancouver as a 2014 expansion side to join Portland and Seattle, that’s great news. But eliminating the squad all together for a year would seam the wrong way to go about it. More on this later.