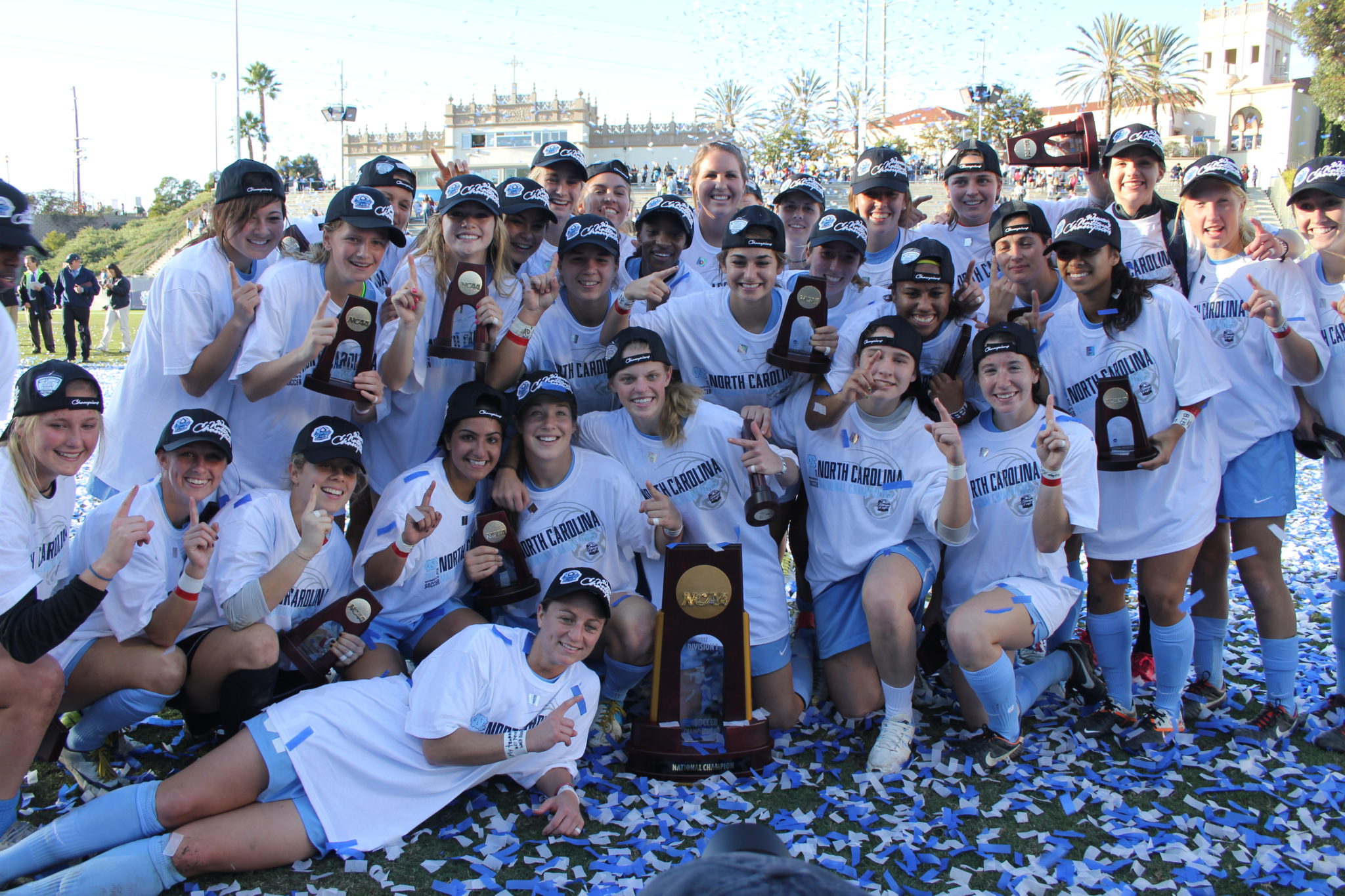 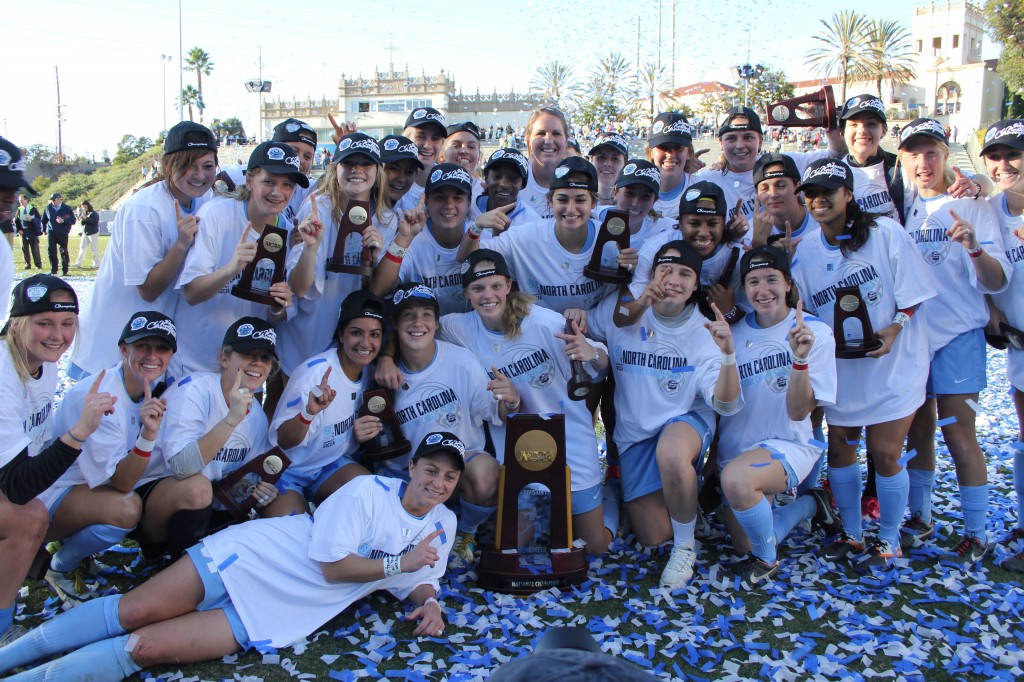 SAN DIEGO — The University of North Carolina’s women’s soccer team won its 21st NCAA championship on Sunday, defeating Penn State 4-1 at Torero Stadium on the campus of the University of San Diego.

“Honestly, it gets better,” Dorrance said. “That was really a lot of fun for me.”

It didn’t look to be a lot of fun for Penn State, which just couldn’t compete with the depth of the Tar Heels. North Carolina got goals from four different players and the Tar Heels were able to continually pull quality players from their bench to put fresh legs on the field.

Penn State didn’t take long to come back with the equalizer, on a goal by Taylor Schram at 18:24.The 1-1 score would hold through the rest of the first half.

Just 48 seconds after the break, North Carolina went ahead 2-1 with a header from Hanna Gardner off of Katie Bowen’s corner kick. The Tar Heels built on that momentum, with Murray scoring in the 64th minute and Ranee Premji in the 75th minute, giving the Tar Heels the 4-1 win.

“The story of this game can be told through the timing of these goals,” Penn State head coach Erica Walsh said. “When you’ve got the momentum, when the game is starting, when the half is starting – you have all these things in front of you and all of a sudden you have a ball in the back of the net that you’re picking out. You’re constantly searching for answers at that point and that’s what Carolina did to us – they had us searching for the next answer.”

Penn’s offense had Dorrance looking for some answers of his own.

“Penn State was making our defense look like Swiss cheese,” Dorrance said. “Maya (Hayes) is a significant striker, she’s not just one of the better strikers in the country, that kid has everything. She’s got juice, she’s tactical, she’s skillful, and she’s an incredible finisher in a myriad of ways. She was making my young defense look like we were standing still.”

Dorrance said that just as he was deciding to switch to a 4-2-3-1, Penn State tied the game.

“It was like we were two minutes too late to shift the system,” Dorrance said. “That system for us is our bunker, we feel very secure in it. We don’t attack as well, but we’re certainly more secure defensively. Penn State and their quality forced us to make that choice.”

North Carolina’s attack seemed to survive that switch just fine. The Tar Heels took 15 shots in the second half and with nine in the first half, outshot Penn State 24-12.

Along with the formation change, Dorrance said the strategy at halftime was to stick to rotating players in and out.

“Actually, our plan at the half, and this didn’t work out, was to win the game in the second overtime period,” Dorrance said. “Our strategy didn’t seem to work out for us, but the idea was, this was gonna be an ordeal and we were gonna try to win the game by playing our depth.”

“It was definitely challenging,” Schram said. “Every 15 minutes they would sub a new line.  We had a couple of injuries earlier in the year, so it took away from our depth, so it was tough when you’re playing against fresh legs the second game of the weekend.  We tried to hang in there.”