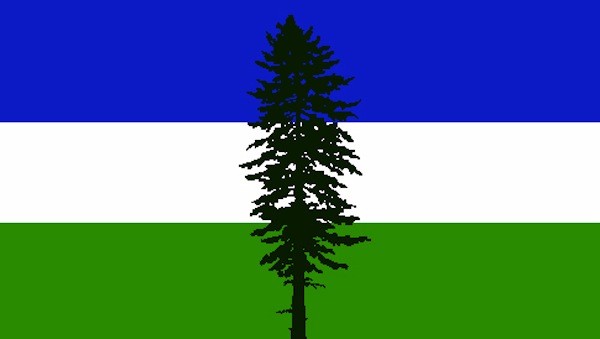 PORTLAND, Ore. – The crowd of 10,042 was a disappointment by Timbers’ standards, Portland’s Major League Soccer franchise having sold out every first division game over their two years at Jeld-Wen Field, but given the obstacles to putting up a huge number at the 20,402-seat stadium, Portland did well to draw its five-digit crowd.

The late weeknight kickoff may have been the greatest inhibitor, but the most expensive ticket of the U.S.’s five remaining celebration tour matches was also a significant constraint. Loyal Timbers fans that constitute the MLS team’s notoriously rowdy Army balked at the high dollar mark. Add in the lackluster opponent (Ireland, ranked 34th in the world) and the lack of local promotion surrounding the tour’s sixth match and the 10,000-plus crowd looks like an achievement, even if the team drew 18,750 the last time they played in Portland.

“This game was an extremely expensive event tonight,” Timbers owner Merritt Paulson explained at halftime, asked if his new women’s team would have any specific attendance goals. “I think it’s the most expensive friendly for a women’s team, on a Wednesday night in rainy Portland in late November, and we’ve got over 10,000 people.”

Forty-five minutes after the final whistle, hundreds from the crowd stayed, gathered along each side of the ground hoping one of their heroines would come meet them. The high-pitched calls of adolescent girls begged for a handshake, an autograph, and possibly a brief embrace from one of their icons.

It’s not quite the type of energy Abby Wambach talked about when she described Portland’s unique “European-style” atmosphere, but it was an example of why the Portland market was so desired by U.S. Soccer. In addition to the intense, drum-pounding, opponent-taunting diehards that make up the Timbers Army, soccer has a deep, grassroots connection to the city.

“I would love to play here,” Abby Wambach told assembled media on Tuesday after an open practice that filled half of Jeld-Wen’s east end. “I would love to call Jeld-Wen Field my home base.”

She’s not alone, nor is Portland alone in being a desired destination. Since U.S. Soccer President Sunil Gulati announced the new league on Nov. 21, pundits and fans have speculated (or feared) the two northwest teams – Portland and Seattle – will get a disproportionate number of the league’s stars. With Gulati conceding team and player preferences will be considered when allocating talent, wide-eyed scenarios see Wambach, Megan Rapinoe, and Canada international Christine Sinclair in Portland (a city to which they all have significant connections) with former Sounders Women Hope Solo, Alex Morgan, and Sydney Leroux in the Emerald City.

“I just moved back [to Portland], so it would be nice to stay put when I come and play in the league,” Rapinoe, a former star for the University of Portland, confessed on Tuesday. “After coming to this city, everybody (on the national team) is going to want to [play] here.”

Praise for the atmosphere in the northwest was universal among the players, though outside of the stars that have been linked to the markets, there was a tacit acknowledgement that the big names would probably get first dibs.

“Oh, who knows,” defender Becky Sauerbrunn offered when asked about her chances of claiming a spot in the northwest. Though Sauerbrunn played with D.C. United of the W-League last season, she has recently relocated to Denver, jokingly describing herself as “a West Coaster now.”

“Prime place if you get to play anywhere here in Portland,” the University of Virginia product offered. “With the soccer fan base in Seattle, it’s crazy, too. It’s exciting. The prospect of it’s really exciting.”

With Portland and Seattle such desirable landing spots, allocation’s decisive factor may be team preferences. Portland’s ownership has already conveyed theirs to U.S. Soccer.

Though Paulson wouldn’t discuss specific names, the three consistently linked with Portland are Rapinoe, Sinclair (teammates at the University of Portland), and Wambach, who recently purchased a home in the city.

If Paulson gets his wish – if ties to the Portland area land his team a number of marquee players – then the same logic would see Seattle similarly stocked with talent, provoking an obvious question: What about the rest of the league? If players end up going where they’re rooted (where they’re most comfortable), how do you fairly stock the rest of the league? Who ends up playing in Kansas City?

“Allow players to play in their home cities,” Rapinoe said, asked by PortlandTimbers.com about the league’s potential success. “Draw on that and cater the team to the culture of the city.”

The quote may seem self-serving for somebody who wants to play where she lives, but when you hear thousands of fans at Jeld-Wen applaud Rapinoe like they’d applaud no other player, it’s clear. Putting her in another market would be a waste.

In the same vein, it’s very difficult to tell veteran players like Sinclair, Solo, and Wambach that they should play away from home when there are teams where they live – teams they could just as readily establish as any of the league’s other teams.

It’s a tough idea to swallow for fans assuming the league’s headline talents will be spread across the circuit’s eight squads. And that may still happen. But where teams and players are expressing allocation preferences and clear marketing advantages can be seen from putting talent close to home, does it make sense to sacrifice the assumption of parity in favor of accentuating an advantage neither WUSA nor WPS ever had?

Though fans may not have learned much from the U.S. Women’s 5-0 win over Ireland on Wednesday, the team’s stop in Portland reinforced the idea the initial strength of this league will be in the Pacific Northwest. That may lead to an uneven landscape come April, but given the ultimate goal of the new league (survival), that may not be a bad thing.