Talking USWNT outside backs and the victory tour 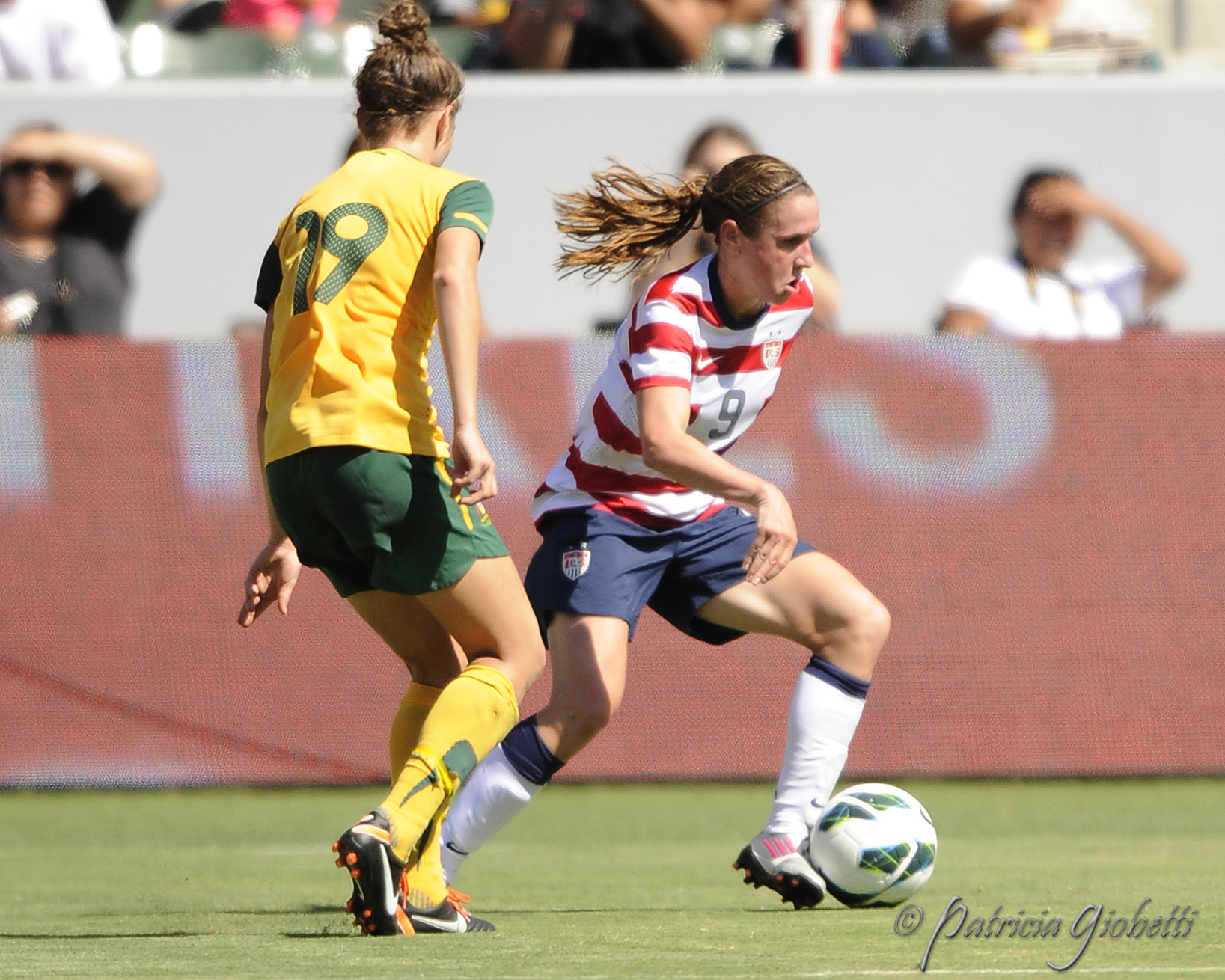 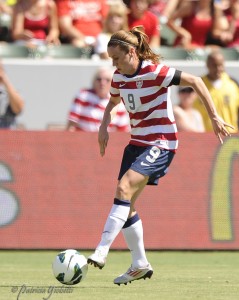 One prominent ex-WPS coach suggested to me that Heather O'Reilly would make a great outside back. You know what, that sounds like a decent enough idea to try it out. (Copyright Patricia Giobetti | http://www.printroom.com/pro/psgiobetti)

Sydney Leroux entered last week’s 2-2 draw between the U.S. and Germany in the 84th minute to play her first minutes as an outside back for the U.S. women’s national team.

The move was a curious one on paper, but it came out of necessity due to the U.S. being out of defenders on the bench after Heather Mitts took a hard hit 10 minutes earlier. Mitts’ head slammed into the turf and she later revealed that she had suffered a concussion.

Kate Markgraf said on the NBC Sports Network broadcast that the U.S. could look at Leroux at right back. Leroux has shown plenty of promise up top and should continue to get looks there, so I hope that isn’t the case. She put in a hard tackle and got on the ball a couple of times in her few minutes in the match, but Germany did score just a minute later.

The outside back position was an uncertainty in the last World Cup and Olympics cycle, so there is certainly a need for some cover there. Amy LePeilbet is still best as a center back, but she has been molded into a conservative outside back. Kelley O’Hara — a star forward in college — was converted to a left back earlier this year and continues to show promise in the position. She should continue to be developed there.

Converting forwards into outside backs is not a revolutionary idea. It is, in fact, something the U.S. could attempt to explore to figure out what to do at right back.

So, Leroux playing those few minutes at right back got us thinking. Two players in the current squad come to mind as worth trying in the position: Amy Rodriguez and Heather O’Reilly.

Let me just preface this: I don’t expect either of these two players to become outside backs. O’Reilly is a winger and should play there. And in the long-run, the right back role needs to be filled with a young, natural right back.

But hey, this gold medal tour (we’re going with that name) contractually will only feature the players from the Olympic roster. And with upcoming games against Ireland and China (not exactly the high level of Germany), why not try some things out? Hear me out:

Amy Rodriguez: A-Rod has played in 24 matches this year, but her role has significantly diminished (she has only started four games in 2012). Rodriguez is still blazing fast, which is always a major bonus for an outside back. Can she defend? We wouldn’t know unless she got some minutes in the position, but it could be worth at least a try over these next few games. Rodriguez isn’t getting many minutes and playing time in the midfield is only getting more competitive (not to mention the set-in-stone Abby Wambach-Alex Morgan pairing up top). If trying out Rodriguez at outside back works, great. If not, oh well. But let’s see what she can do there.

Heather O’Reilly: Before you call me crazy, the idea of Heather O’Reilly at right back was actually suggested to me by a prominent ex-WPS coach as a way to further extend her national team career (she’s only 27, so that isn’t the most pressing issue). Having thought about it, I kind of dig the notion in theory. O’Reilly is one of the hardest workers out there and is fully willing to tackle hard. She also has the speed and stamina to run up and down the flank. Tobin Heath is showing that the future of the right flank is likely hers to lose. Now imagine Heath and O’Reilly on the same wing, overlapping each other and combining with the midfield. I would hate to be the opposing team’s left back. O’Reilly of course would have to defend, which I think she is perfectly capable of doing given her tenacious play.

At the end of the day, the first choice right back for the U.S. right now needs to be a healthy Ali Krieger. She was phenomenal at the 2011 World Cup and a key piece of that runners-up puzzle. After that, recent Stanford grad Cami Levin should be looked at in the long term. She was one of the best (and most versatile) players in the NCAA in 2011. Oh, and somebody get Lori Chalupny cleared to play for the U.S., please.

But with none of those players taking part in the gold medal tour, let’s get a little creative and see what happens. There’s even a chart to get you excited! 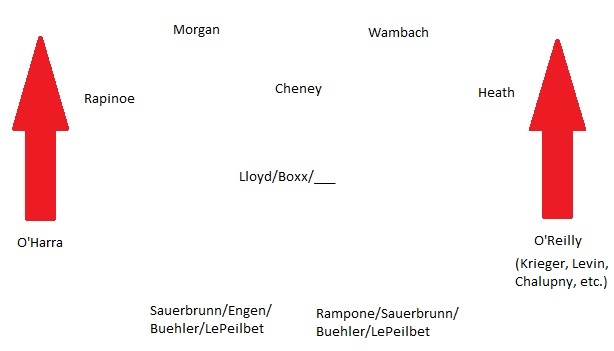 Maryland beats Miami, advances to ACC semis
More on that ‘U.S. coach should be from the U.S.’ notion