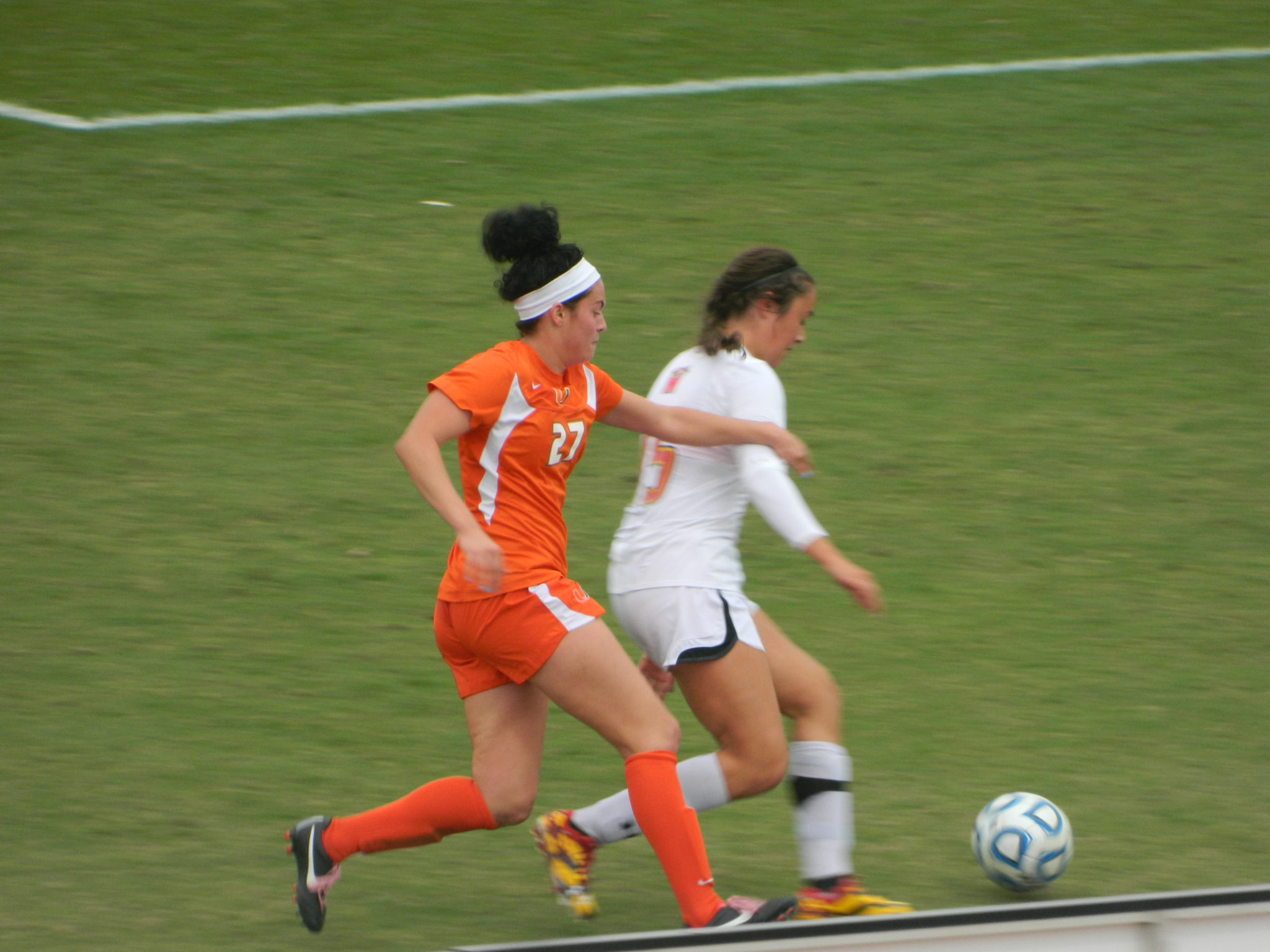 COLLEGE PARK, Md. — For the second time in less than two weeks, the Miami Hurricanes took the Maryland Terrapins to overtime at Ludwig Field, but this time Maryland won 2-1.

Danielle Hubka scored the OT winner for the Terrapins in the 95th minute. Hubka’s score came after Cory Ryan stole the ball from a Miami defender and found Hubka, who rocketed a shot past Miami goalkeeper Emily Lillard.

Sunday’s game was Hubka’s first since she suffered an ankle injury in Maryland’s game against Virginia Tech nearly a month ago.  Maryland head coach Jonathan Morgan admitted that he “was a little fearful of how many minutes to play her because she’s just getting back from injury but she wasn’t coming off (to start overtime). We had to let her stay out there and put the game away.”

Letting Hubka stay on the field paid off for Morgan.

Maryland’s Alex Reed scored the first goal of the game in the 36th minute. Gabby Galanti passed the ball the Reed who calmly took a shot from about 12 yards. Reed’s shot went into the upper 90 beyond the reach of Lillard.

About a minute after Reed’s goal, Miami had a good opportunity to even the score. Ally Andreini headed the ball towards the Maryland goal. Rachelle Beanlands made an impressive save to keep the Hurricanes off the board.

Maryland held the one goal advantage until the 73rd minute when Miami was awarded a penalty kick. The penalty was called on Shade Pratt for a foul she committed near the end line. Tara Schwitter converted the penalty to even the score.

Morgan was happy with his team’s performance but admitted his team made mistakes.

“If there’s a piece that’s a little disappointing, it’s that we continue to foul and foul in bad places in the field,” he said.

Maryland committed 14 fouls. Reed and Domenica Hodak were both given yellow cards.

Maryland will need to commit less fouls this weekend as they advance to the ACC semifinals in Cary, North Carolina. They will face Wake Forest on Friday November 2nd at 7:30 p.m. ET. Maryland beat Wake Forest 2-1 in Winston-Salem last month. The upcoming semifinal game will be live streamed on ESPN3.