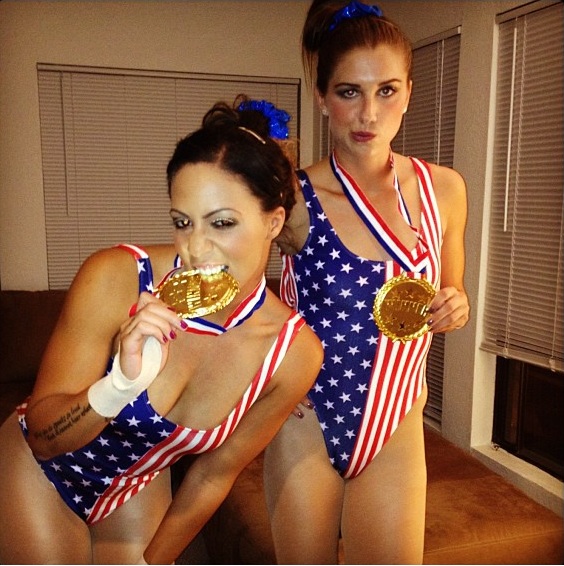 Most people started Halloween celebrations on Saturday ahead of Wednesday, the actual date of Halloween. If you did, you are in good company.

Alex Morgan and Sydney Leroux tweeted away on Saturday night to show off their costumes, which depicted Morgan as Olympic gymnast McKayla ‘Not Impressed’ Maroney (team gold medalist) and Leroux as Gabby Douglas, who won the all-around gold medal in London this summer. Morgan and Leroux even had fake gold medals, because they sure aren’t bringing out the real medals for a party:

Maroney’s ‘not impressed’ face became famous at the 2012 Games when she was visibly unhappy with settling for the silver medal on individual vault. It prompted the rise of a viral Tumblr site.

Morgan made sure to keep the face going all night, judging from the many photos tweeted (no, really — this…..this….you get the picture). She did smile when she met up with some teammates — major props to Shannon Boxx for the Afro look: 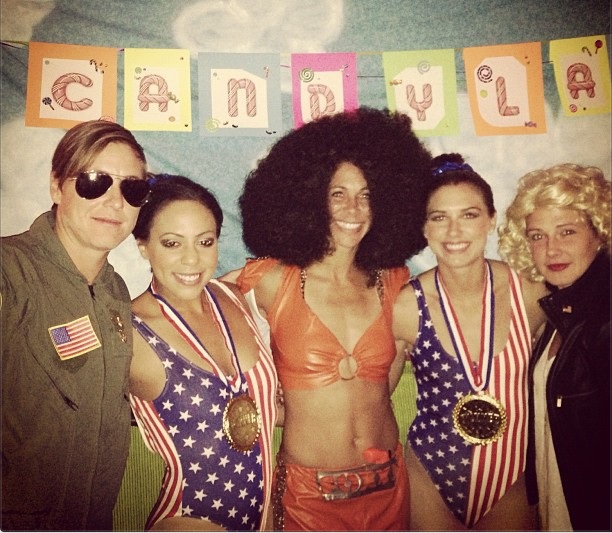 The best part of all of this? Maroney was actually impressed.