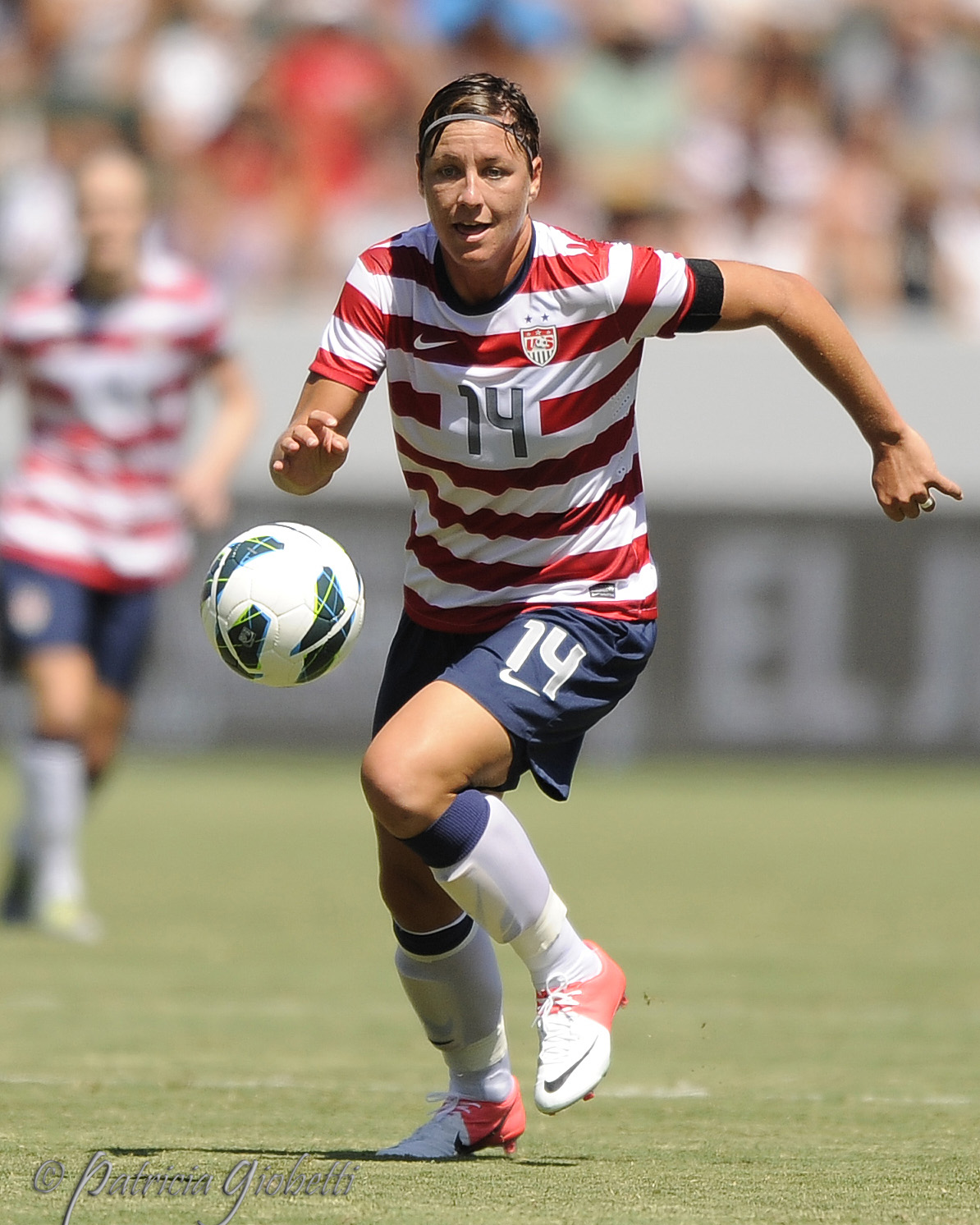 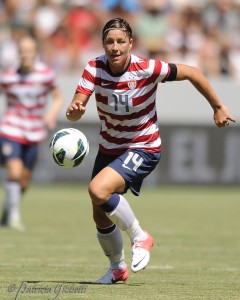 Abby Wambach scored the only U.S. goal in a 1-1 draw with Germany on Saturday. (Copyright Patricia Giobetti | http://www.printroom.com/pro/psgiobetti)

It had been nearly two and half years since the top two women’s soccer teams in the world – and two bitter rivals – played each other. But Saturday’s match between the world No. 1 and three-time reigning Olympic gold medalist United States played world No. 2 Germany reminded the world why the match-up is so fun.

The last time these two teams met was May 22, 2010 on an anomaly of a day in Cleveland. The U.S. won that game 4-0, a discrepancy that won’t be replicated for a very long time.

Just outside of Chicago on Saturday, the U.S. and Germany each played a tentative first 45 minutes before opening up the match in the second half to create the energy expected between these two teams (though Saturday’s match was notably less fierce than the rivalry usually is). Here are three talking points from Saturday’s match:

1 – Remember Germany? It’s a silly but necessary question. Combine the fact that the U.S. hasn’t played Germany in so long with Germany’s absence from the 2012 Olympics and it may come as a small shock that the Germans are still, indeed, the No. 2 team in the world. We saw exactly why on Saturday. Germany pieced together strong strings of possession and squandered plenty of chances that may have otherwise seen a lopsided result in favor of the visitors. Mittag scored the equalizer, but Simone Laudehr and Veren Faisst will feel like they left the game-winner on the field. The U.S. has worried about Japan, France, Brazil and Canada in the last year, but the absence of long-time arch nemesis Germany doesn’t mean the Germans have lost a step. Tuesday’s rematch (7:30 p.m. in East Hartford, live on NBC Sports Network) will hopefully be as wide open as that second half was on Saturday.

2 – The obligatory back line reference – As individual players, the U.S. back line is very good. As a unit, the defense continues to have holes. That was abundantly clear on Mittag’s goal – when Rachel Buehler stepped high and missed on her sweeping leg challenge and Christie Rampone and Kelley O’Hara were split with Laudehr’s through ball – and by the many chances that Germany failed to finish. Sure, only one goal was conceded, but Hope Solo and some shocking misses from Germany contributed to that. The next U.S. coach (which ideally gets determined and announced soon) will have to figure out the best complete unit to put together in the back.

3 – One cause, two effects – Both the U.S. and Germany implemented similar defensive styles in the opening 45 minutes: each tried to sit back and force the opposition’s defense to build from the back. For the far more technical German side, that was not much of an issue. Germany succinctly moved the ball up the pitch (just look at how quickly that Mittag goal went from a steal to the back of the net). The U.S., however, looked unimaginative and relied on the long ball not because of high pressure, but because there was so much time on the ball in the back that the defenders felt like they had to play it forward (where Germany had a numbers advantage). That style still works with Wambach as a target forward. The next generation of U.S. strikers – Alex Morgan, Sydney Leroux, Christen Press and right down to youth players like 20-year-old Kealia Ohai and U-17 forward Summer Green – will need the ball at their feet.