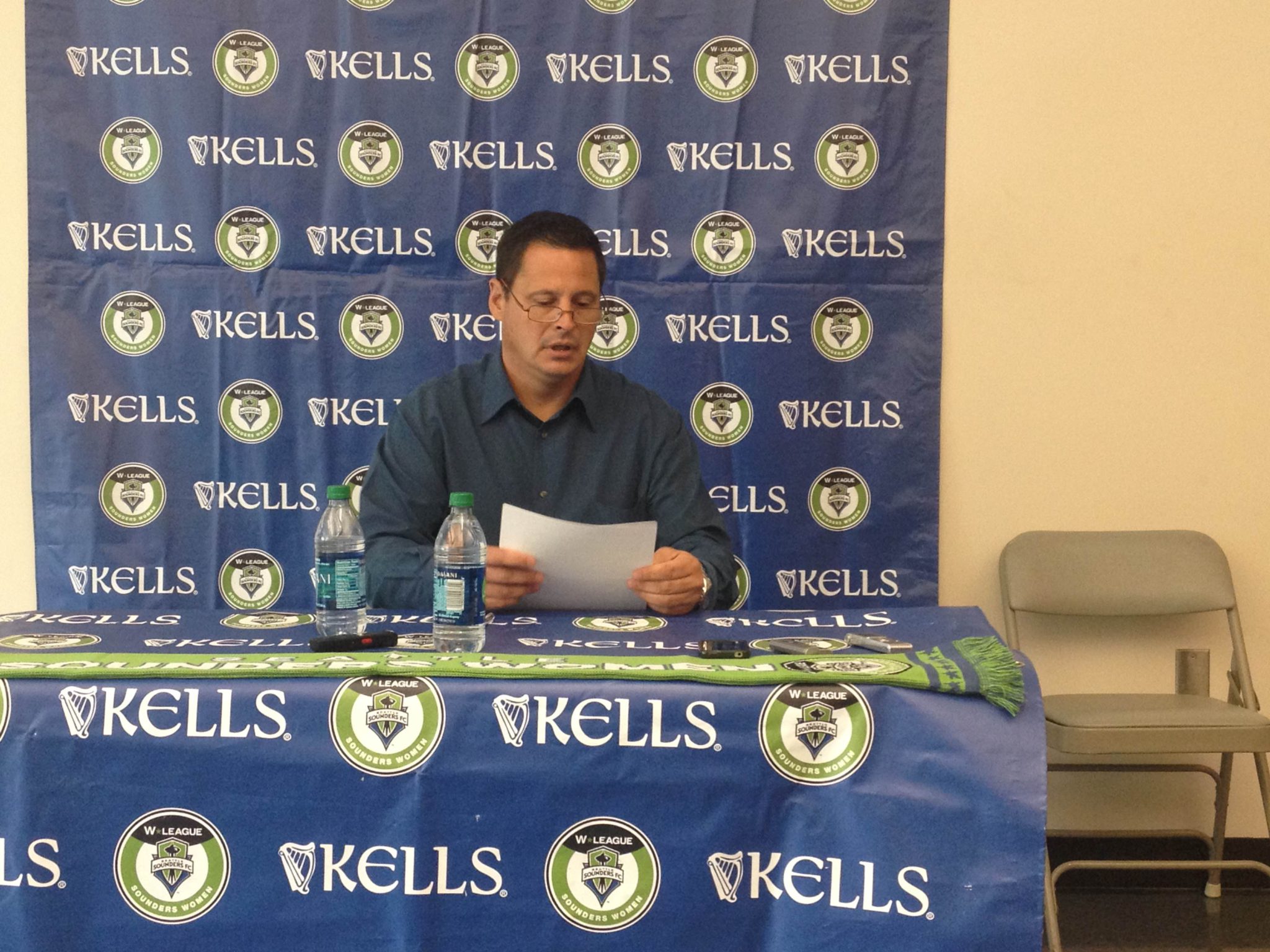 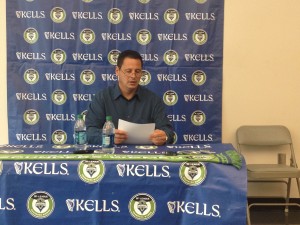 TUKWILA, Wash. — The future of women’s soccer in Seattle got even muddier on Tuesday, as the Seattle Sounders Women announced in a press conference held at the team’s headquarters that it will return in 2013, but the league in which it will play is still to be determined. Club co-owner and CEO Lane Smith presided over the discussion.

“The Seattle Sounders Women will be back next season, and we have every intention of playing at Starfire Stadium,” Smith said. “What league or leagues we will field a team or teams … is yet to be determined.”

The announcement comes on the heels of an announcement in an email to media on Friday that former general manager Amy Carnell will not be returning in 2013.

“I am currently working with an owner here in Seattle that believes in the game as much as I do,” she wrote.

Reached by phone Tuesday evening, Carnell confirmed that she is working with President of digital agency POP Bill Predmore and the other Seattle ownership group interested in the new women’s professional league.

Smith said the Sounders Women decided not to renew Carnell’s contract “about two months ago.”

“We are now moving forward in a position where myself, Cliff (McIlroy, Sounders Women co-owner) and Jon Billings (director of communications and broadcasts) are really taking on the de-facto role of general manager right now,” Smith said.

Asked about recent rumors regarding head coach Michelle French’s departure, Smith said an announcement on her future with the club could come later this week.

On Friday, president Sunil Gulati said “10 markets and 11 teams” were in the running for the new women’s league.

“We’ve got a unique situation in one market where there are a couple of different possibilities,” he said.

Smith did not confirm that Seattle is the market with two possible teams, but Predmore’s group is also in the running for a team in the new league.

“I’m going to let Gulati answer those questions,” Smith said. “It’s really up to him, but you can draw your own conclusion.”

However, Smith did say that it is possible there will be a professional team in the city next year that will not be the Sounders Women. Smith admitted that would make it more difficult for a lower-level team to remain viable.

“We would go forward either way,” he said. “No matter what, the Sounders Women will be playing here at Starfire next year, dependent on what league we decide to play in.”

The two Seattle ownership groups could work together, but “both entities kind of want to control their own destiny,” Smith said.

In a phone interview after the press conference, Predmore said no discussions are currently ongoing between his group and the Sounders Women.

Predmore added that he hopes to have “a significant amount of news” of his own to share in the near future.

On the Sounders Women’s intent to play in the new league, Smith deferred to U.S. Soccer’s need for further negotiation and his desire to allow the situation to develop more.

“We’re still getting information from U.S. Soccer,” he said. “If you look at (Gulati’s Q&A), there’s also a proposal that USL would be a part of this new management structure.”

The Sounders Women ownership group also owns the Sounders U-23 of the USL Premier Development League, which gives them “two teams in good standing with USL,” Smith said. The group’s contract with USL runs until the end of the 2014 season.

He did not rule out the possibility of having a professional team in the W-League. Several teams in both USL amateur leagues, W-League and PDL, are professional. It gets complicated with regard to NCAA eligibility because a team with any paid players is considered professional.
In his statement, Gulati said U.S. Soccer’s role in the new professional league could include funding the national team players’ involvement.

“A big part of our participation would be that the national team players would play in this league and perhaps be funded directly by U.S. Soccer,” Gulati said.

It is unclear whether that funding would also apply for national team players playing on a professional team in the W-League. Hope Solo, Alex Morgan, Megan Rapinoe, Sydney Leroux and Stephanie Cox played in the W-League in 2012 with the Sounders Women, but no players on the team were paid.

Despite the uncertainty surrounding the club, the agreement between Sounders FC and Sounders Women is not in any danger, he said.

Teddy Mitalas, former head coach of the Sounders Women, was also announced as the club’s new director of community relations during the press conference.

Liviu Bird is the assistant editor of Prost Amerika, covering all things Cascadia. Follow him on Twitter.