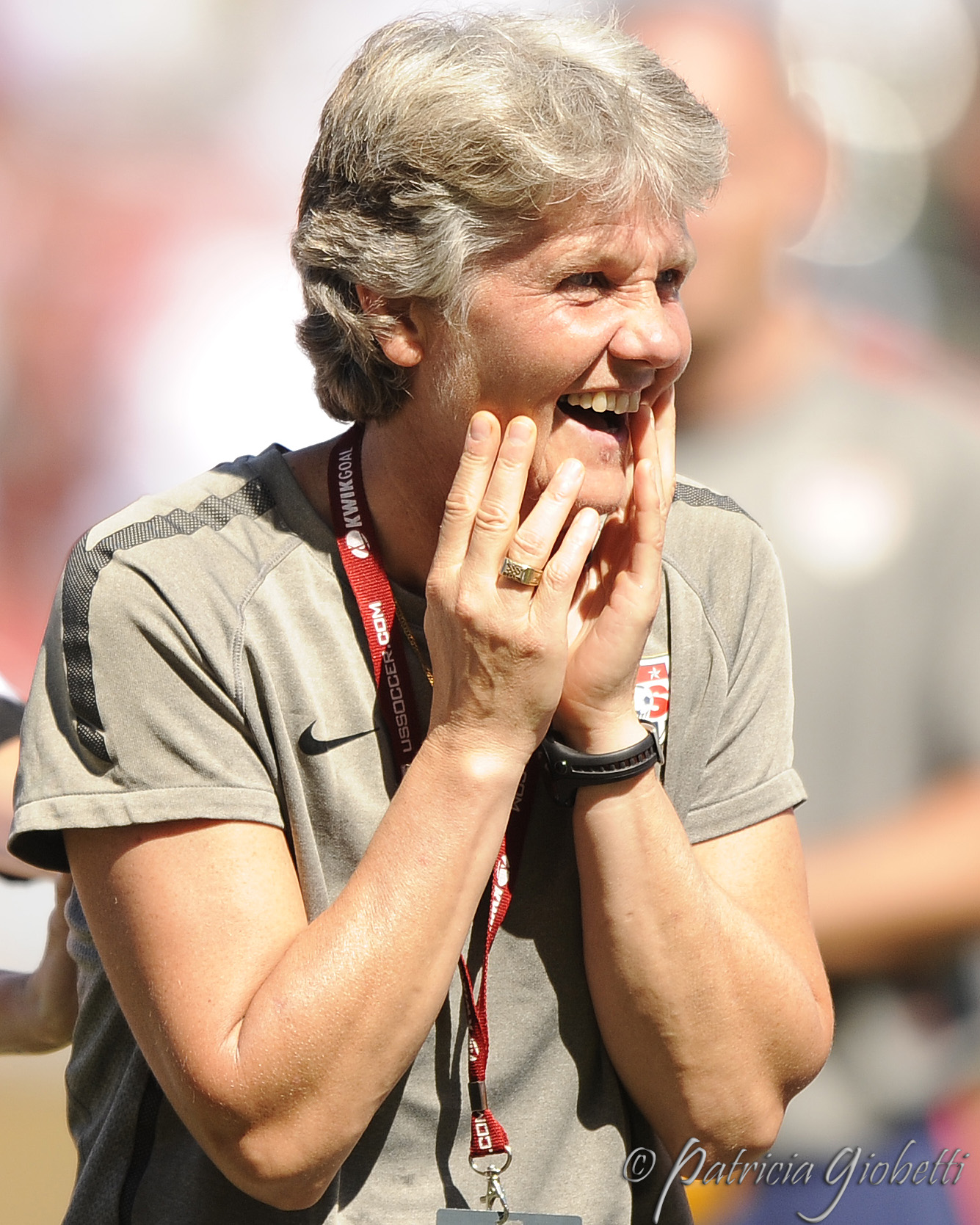 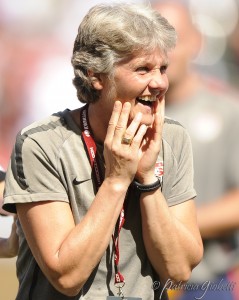 Pia Sundhage reacts to receiving a guitar as a present from the U.S. team. (Copyright Patricia Giobetti | http://www.printroom.com/pro/psgiobetti)

Pia Sundhage injected a fun, upbeat aura into the U.S. women’s national team and that is exactly how her time in charge of the squad ended on Wednesday. The U.S. defeated Australia 6-2 at Dick’s Sporting Goods Park just outside of Denver, sending Sundhage out on a high note.

Sundhage finishes her time as U.S. head coach with a 91-6-10 all-time record following Wednesday’s victory. She will take over as head coach of Sweden later this year. Sundhage led the the U.S. to two Olympic gold medals (2008 and 2012) and a runners-up finish at the 2011 World Cup in her five years in charge of the team.

The players who have come to adore their coach sent her off with some classy — and a couple wacky — finishes on Wednesday.

Alex Morgan scored once in each half and Abby Wambach, Heather O’Reilly, Shannon Boxx and Sydney Leroux each kicked in a goal apiece for the United States. Wambach’s 53rd minute goal and O’Reilly’s opener in the 25th minute both involved drastic deflections. O’Reilly’s looked more like an own goal on Australia defender Servet Uzunlar and Wambach knew little about her goal; Morgan deflected a long range shot off of Wambach.

But Morgan struck for her first in the 42nd minute on a nice build-up with Tobin Heath and Kelley O’Hara. Much like in Sunday’s loss, Australia collapsed in the second half, giving up four unanswered goals.