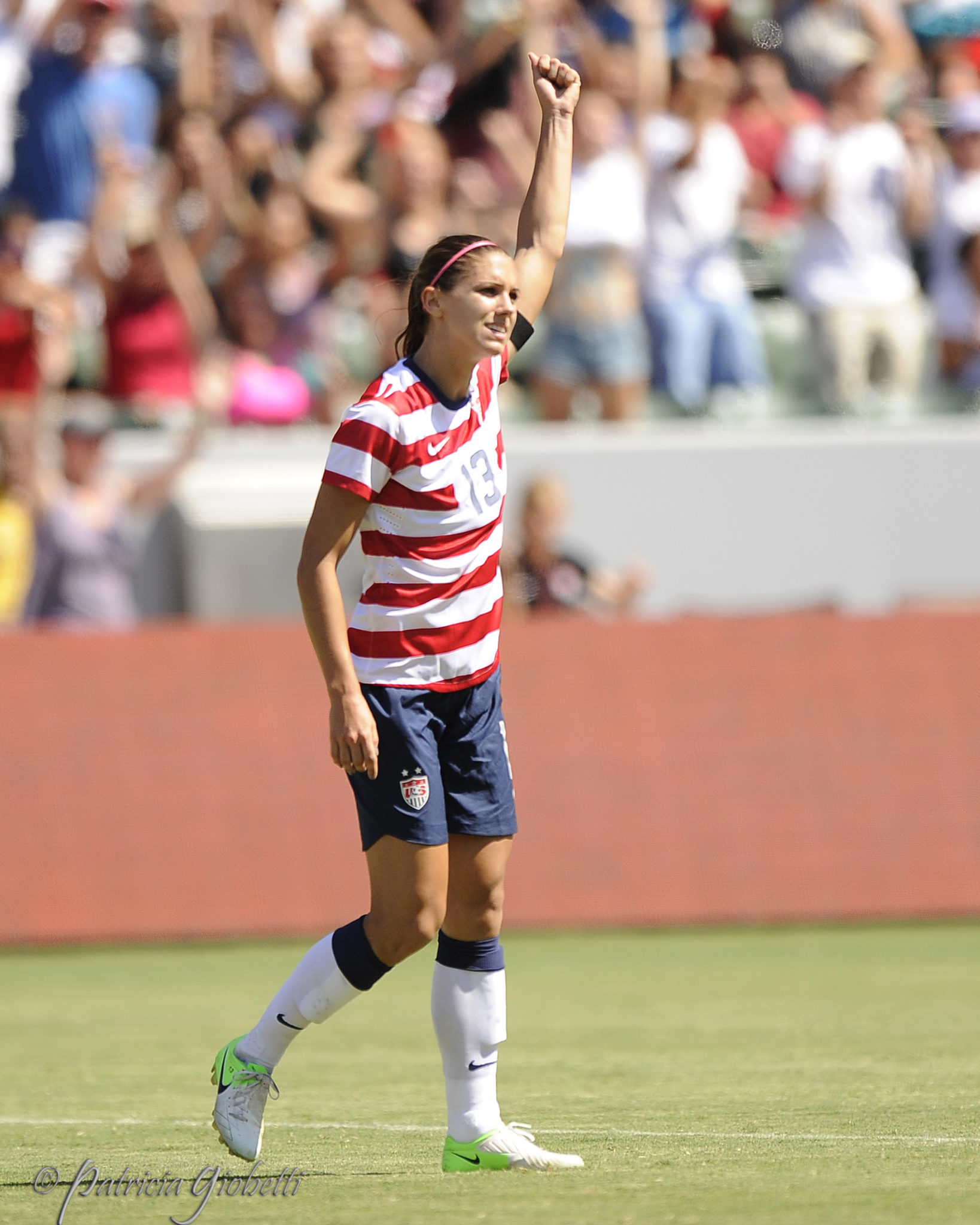 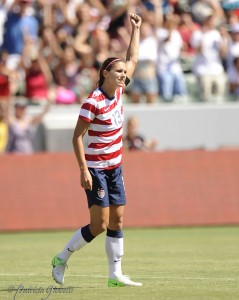 Alex Morgan capped off her 50th U.S. appearance on Sunday with her 32nd career international goal, thus entering Wednesday’s second clash with Australia at a goal-scoring pace which more than doubles Mia Hamm’s.

Hamm scored 15 goals in her first 50 games with the U.S. after debuting on Aug. 3, 1987 in a 2-0 win over China. It took five years and 13 days for Hamm to claim her 50th cap, but she only missed one game in that stretch. Morgan reached the 50 cap milestone in just under two and a half years and 22 of her goals have come this calendar year.

Morgan has been drawing increased comparisons to Hamm as her career has taken off over the past year, so make what you will of the above figure. Hamm, of course, owns the all-time international goal-scoring record with 158 goals, though Abby Wambach and Christine Sinclair are quickly closing in on that.

Now, where will Morgan play when she isn’t with the U.S.? She has very cautiously left her options open. On Sept. 1 in Rochester, N.Y., she told me she would prefer to stay in the U.S. but is open to playing abroad. Following Sunday’s 2-1 victory over Australia, Morgan sounded even more open to playing abroad, telling NBC “it’s the right time for me in my career right now…”:

But, hey, according to the LA Times, Morgan was just house-hunting in the South Bay with Kelley O’Hara and Tobin Heath. Maybe they know something we don’t. Or maybe that would just be a nice place to come home to (no word on if they actually purchased a place) after a season abroad.