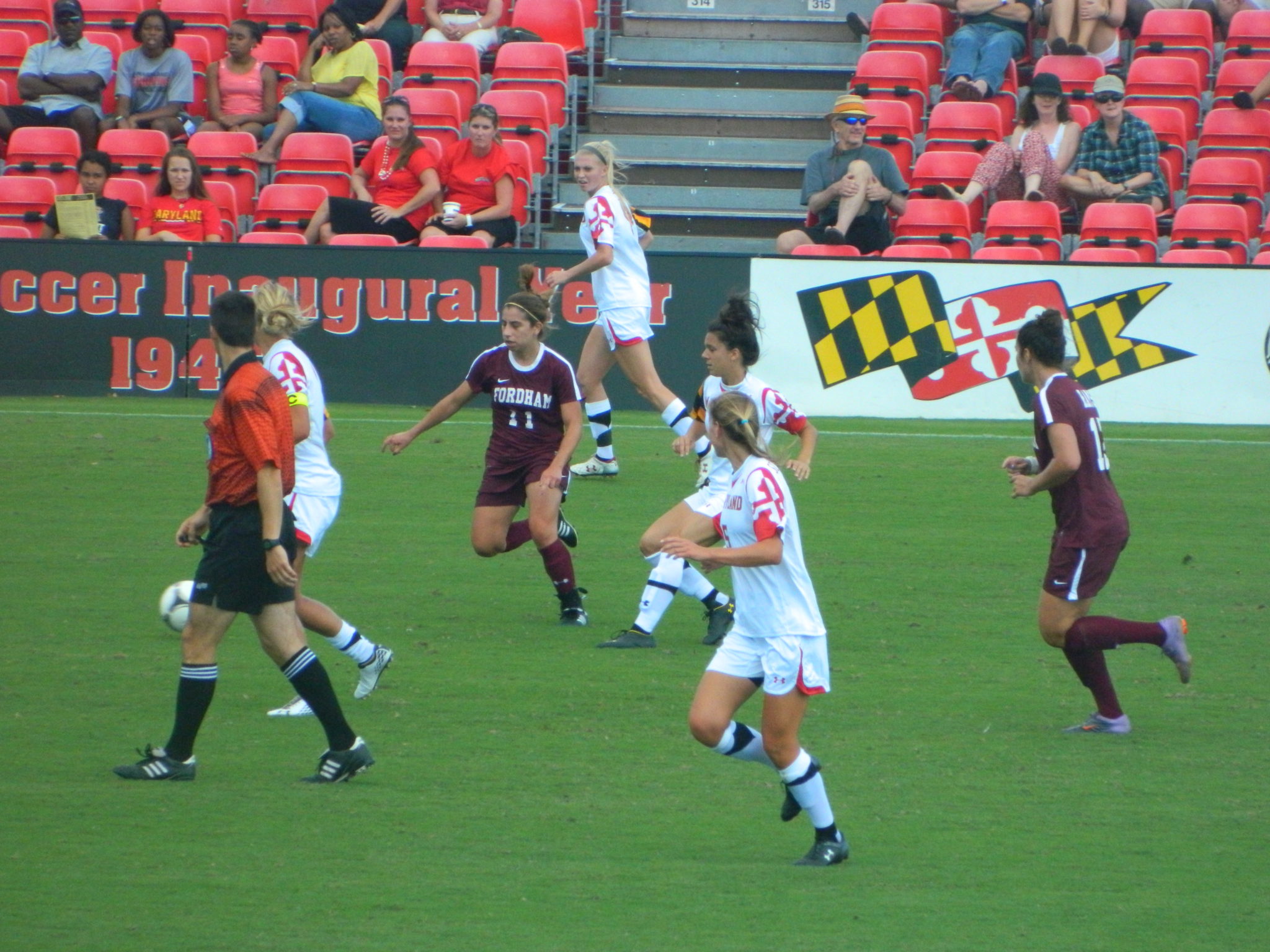 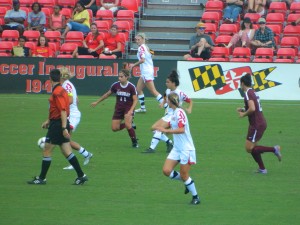 COLLEGE PARK, Md. — The University of Maryland dropped a shocking 1-0 result to Fordham University at Ludwig Field on Sunday. Fordham forward Kristina Maksuti scored the game’s only goal in the 70th minute to give the visitors the victory.

“It’s such a cliché but people talk about this game being really cruel. I think this (game) is evident of how cruel it can be,” Maryland coach Jonathan Morgan said following the match.

Maryland was unable to score despite dominating possession and managing 29 shots. The Rams did not record a single shot in first half. Nonetheless, the Rams made their few offensive chances count. Fordham scored a goal on a mere four shots.

Maryland had two dangerous opportunities in the first half. The first came in the 30th minute when forward Hayley Brock beat Fordham’s backline and only had the goalkeeper Rachel Suther to beat.  She fired a shot which Suther saved. The two then collided and Brock was forced to exit the game. Brock returned to start the second half.

The second came five minutes later when forward Alexis Prior-Brown sent a ball over a defender’s head and to the feet of forward Gabby Galanti, whose shot hit the post and was then cleared by the Rams.

Fordham came out much stronger in the second half. Rams scored the game’s only goal in the 70th minute, when Maksuti sent a 28 yard rocket into the upper 90 beyond the reach of Maryland goalkeeper Rachelle Beanlands. Defender Kaitlyn Carballeira was credited with the assist.

In the second half, Maryland had several offensive chances, yet the goal remained elusive. Maryland made a push for an equalizer in the final minutes of the match, subbing Galanti in for defender Shade Pratt.

The Terrapins’ best chance during this period came in the 87th minute when midfielder Ashley Spivey fired a shot at Suther. Suther made the diving save, one of many noteworthy saves Suther made in the game.

Suther’s impressive performance was key to the Rams’ upset of the Terrapins. Suther recorded twelve saves in total.  Fordham will hope for another outstanding outing from Suther when they face Columbia University on Friday.

Maryland will have to recover from Sunday’s upset quickly as they face perennial women’s soccer powerhouse North Carolina at home on Thursday at 7 p.m. ET.

“We’re all really, really excited for that game,” Beanlands said. “It’s going have a huge atmosphere and we’re absolutely ready to take it to them.”

Freshman midfielder Riley Barger went down in the second half and did not return to the match. The status of her injury is unknown.

Senior forward Danielle Hubka sat out the match in order for her to “heal a bit,” according to coach Jonathan Morgan.

Maryland is awaiting word on what is suspected to be an ACL injury for senior defensive captain Megan Gibbons.

You say hello, I say Ohai: U.S. wins U-20 Women’s World Cup
In which FIFA beats its own chest about WoSo