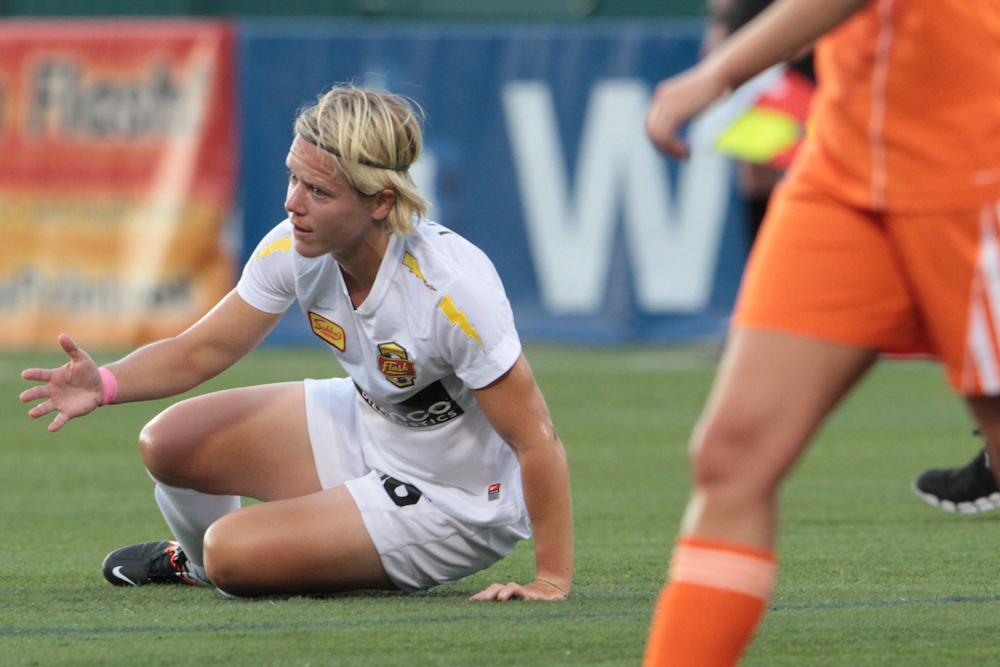 “I’ve always felt like there wasn’t good closure to the way the Freedom ended,” Mark Washo commented Friday on the purpose of today’s Celebration of Women’s Soccer charity match. Washo, the former general manager and president of the Washington Freedom organized the event which kicks off at 7:30 ET on Saturday.

While the game is something of a farewell to the Washington Freedom, it can also be viewed as a farewell to Women’s Professional Soccer (WPS) as a whole, which suspended operations in January 2012 and later folded in May 2012.

The game might also serve as a gauge of interest in the area for a women’s professional team as just over two weeks ago it was announced that a new professional league would be launched in 2013. Washington, D.C. is rumored to be a potential location for a team in the new league.

Washo feels that the game shows that there is still interest in the area for a team.

“I think it’s fair to say when I was the president of the Freedom we clearly demonstrated that this is a great market for Women’s Professional Soccer,” he said. “We were leading the league in attendance and in paid attendance and in all kinds of measurable sales categories including sponsorship.”

As of 2:30 PM Friday, 1,700 tickets had been sold for the event, exceeding the expectations of Washo.  Washo admits that it’s hard to speculate how many people will show up Saturday but he expects around 1,500 and upwards of 2,000 if the weather cooperates.

“I think it’s fantastic,” she said. “It shows how many Freedom fans are still out there. Hopefully we can get a league started back up in this country and these fans will be able to see games week in and week out.”

Lindsey will participate in the event as a coach and will also take part in a halftime shootout against Becky Sauerbrunn.  Sauerbrunn and Lindsey were initially going to participate in the game as players, however U.S. Soccer requested that they did not citing injury concerns, in advance of the Victory Tour which begins Sept. 1 in Rochester, N.Y.

The Maryland Capitols will have some guest players of their own as five players from the ASA Chesapeake Charge and at least one from DC United Women are scheduled to participate. Jess Hnatiuk, Amanda Lebo, Laura Kane, Brittany Hadaway, and Erica Suter are the five players from the Charge, who will be joined by DC’s Danielle Malagari.

More information about the event can be found on the Celebration of Women’s Soccer facebook page http://www.facebook.com/#!/pages/Celebration-of-Womens-Soccer-730-PM-kick-off-630-gates/258264650951521, and tickets can be purchased at http://pmi.ticketsocket.com.  Tickets will also be available at the gate.

Maryland SoccerPlex to host charity match on Saturday
Ashleigh Gunning Blog: Be yourself