Ashleigh Gunning Blog: A bump in the road 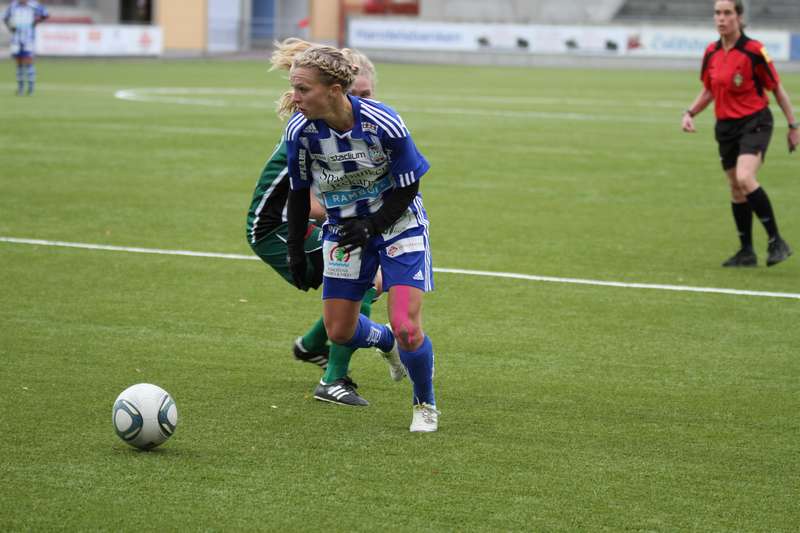 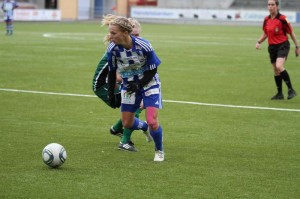 Ashleigh Gunning has spend the summer weighing a difficult career decision, one defined by life off the field, not on.

I ended my last blog with a quote that had been really speaking to my heart recently: “One day you’ll look back on this and smile because this is life, and you’re living it,” which has been constantly on my mind since then. I am an eternal optimist and I really am smiling because I know that I am giving my best shot at this life I’m living. But, I believe that life can only be measured by the impact it has on others.

I write this blog in the hopes of being able to encourage someone else. I try to give an honest account of this amazing journey I’m traveling down. If I am to only share the positives, the wins, and the accomplishments of this journey then I might be missing an opportunity to impact someone else.

So, this is about a bump in the road: Something that, as it was slowly unfolding over the last month and a half, has been hard. I have cried about it (which isn’t a big surprise to anyone who knows me, I’m a crier). I’ve prayed about it. I’ve asked for help and advice, and when it was all said and done, I am confident that I stuck to my values and made the right decision.

If I really believe that life can only be measured by its impact on others then it should be at the center of all the decisions I make. Not just at the center when it’s easy or convenient. Holding strong to your values has to be consistent. I must have values of conviction not convenience.

I loved the football with my team in Norway and I loved my teammates but something was seriously missing. I enjoyed the time that I was playing at training but the other 22ish hours of the day was really tough. I was living outside of the city and all of the rest of my teammates and everyone I knew lived in the city. I went from sunny Australian summer (which is totally my element) to the rainiest city in Europe. I knew that my life wasn’t football, but it took me being in a situation where the other elements that contribute to the quality of one’s life were missing to really understand it.

Don’t get me wrong – I wouldn’t trade my time there for anything. But, for the first time in my life I learned what it was really like to be content being alone. Of course, I had friends and family back home and in other parts of the world, but it’s just not the same when you don’t have someone there with you. Someone to hug (did you know that it’s suggested that humans need 12 hugs a day to grow and be empowered), say good morning to, walk beside me in daily growth. I love people and I love being around people. I missed it! And my attitude, behavior and approach to life changed — I felt that I was no longer the positive influence on others that I desire to be.

So, my agent and I put our head together and decided that we would entertain offers from elsewhere for the second half of the season. I spoke with my coaches and let them know what we were doing because I wanted to be honest with them every step of the way. There was this one club in Sweden who first talked to me and tried to recruit me five years ago; for a million different reasons it never worked out. But the chairman of the club and I always remained in contact and on great terms. Well, they found themselves needing a forward for the second half of the season and wanting to make a push to finish top two and get into playoffs. I knew enough about this club to know that they take care of their players, especially internationals. It’s an extremely professional environment and a place where the other 22ish hours of a day are cared for just as well as the two hours spent at training.

After being here for a week and a half, I think I know why things didn’t work out in the past between myself and the club—if I had come here five years ago I wouldn’t have been willing to play anywhere else and would have missed all those opportunities I’ve had elsewhere ☺. Sometimes, things just fit.

Finding a good football club (or college program, or club team, etc.) should be like a healthy relationship. The relationship should build you up, make you a better version of yourself, help you succeed, and give without expectation, and elicit these same attributes out of your own heart. Being here, in a healthy environment, makes me want to be a better teammate, player, footballer, student, friend, daughter, sister, and version of myself. And for that I am eternally thankful!

Ashleigh has completed her move to Kvarnsvedens in Sweden’s Division 1. On August 1, she debuted, playing 90 minutes in the club’s 2-0 victory over Gustafs and she was named player of the match. The club currently sits in fourth place, seven points out of a promotion playoff spot. While with Arna-Bjørnar in Norway, Ashleigh scored four times in nine league appearances.

Morgan Andrews Blog: The time is now
Ashleigh Gunning Blog: Be yourself