The under-appreciated rise of Alex Morgan 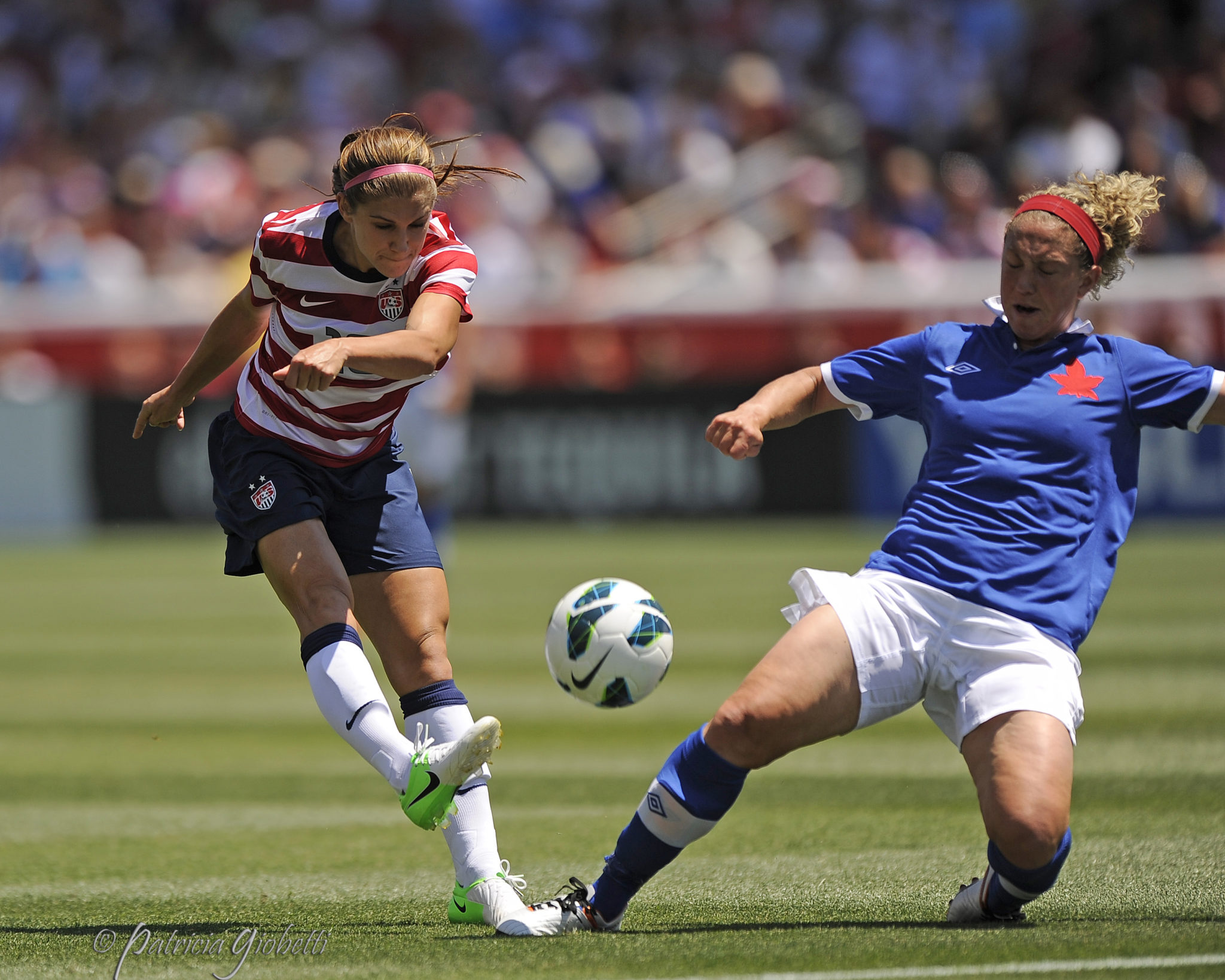 Because the hype around Alex Morgan always cast her the next big U.S. Women’s National Team thing, it’s easy to overlook how far she’s come in the last year. While her performance on the field and dalliance with crossover celebrity make he one of the brightest stars in the women’s soccer universe, just over one year ago, she didn’t have a starting spot in Pia Sundhage’s starting XI. Morgan may have been destined for stardom, but this is no overnight success story.

Morgan didn’t make her first senior national team appearance until 2010, when she was a senior at the University of California. At Berkeley, she was all Pac-10 in each of her final three seasons, she wasn’t named an All-American until her senior year. It’s a resume that would be the envy of most NCAA talents, but for an aspiring national teamer, her collegiate accomplishments were par for the course.

This post is brought to you by one of Equalizer Soccer’s sponsors, AT&T, whose Olympic video series “My Journey” spotlights seven U.S. athletes’ road to the 2012 London games. You can see Alex Morgan’s video here as well as check out the rest of AT&T’s spotlighted Olympians.

Take, for instance, Kelley O’Hara, who graduated from Stanford the year before Morgan was finished at Cal. O’Hara was a MAC Hermann Trophy winner, two-time All-American, and led her team to two College Cups. Though Morgan’s stand out performance at the 2008 U-20 World Cup may have given he some unique national team cache, O’Hara’s 24 career U-20 goals are more impressive.

It all underscores the remarkable nature of Morgan’s rise. Trying to break into a national team ranked number one in the world, spots were almost non-existent for Morgan’s generation. Tobin Heath had been involved, though only a bit. Lauren Cheney and O’Hara were having to change positions to find time. Decorated players like Meghan Klingenberg, Christen Press and Whitney Engen weren’t even in the picture. That Morgan carved out a role as a late-match substitute ahead of Germany 2011 was huge, under-appreciated accomplishment.

By the end of 2011’s World Cup, Morgan had broken into the starting XI, her production finally forcing Pia Sundhage’s hand on Amy Rodriguez, who had been partnering Abby Wambach. At the time, it was unclear what would have to happen for Rodriguez to be usurped. Morgan’s rise made Sundhage’s choice clear.

Since, Morgan has established herself as first choice, running her international goal total to 29 (in 43 games) thanks to two goals to open the 2012 Summer Olympics. Her speed constantly threatening the spaces behind opposing defenses, Morgan’s place in the U.S.’s starting XI has allowed Sundhage to take advantage of Wambach’s playmaking abilities without losing a presence along the opposition line. It’s a small tweak, but it’s one that could prolong Wambach’s use with the national team, the wars with opposing defenders starting to take their toll.

The ease with which Morgan’s slipped into her role makes it seem like she’s been there forever. Of course, she hasn’t. Not so long ago, Morgan was the change of pace – somebody who Pia Sundhage could turn to when Plan A hit a wall. Now, Morgan’s goals are one of the keys to Plan A.