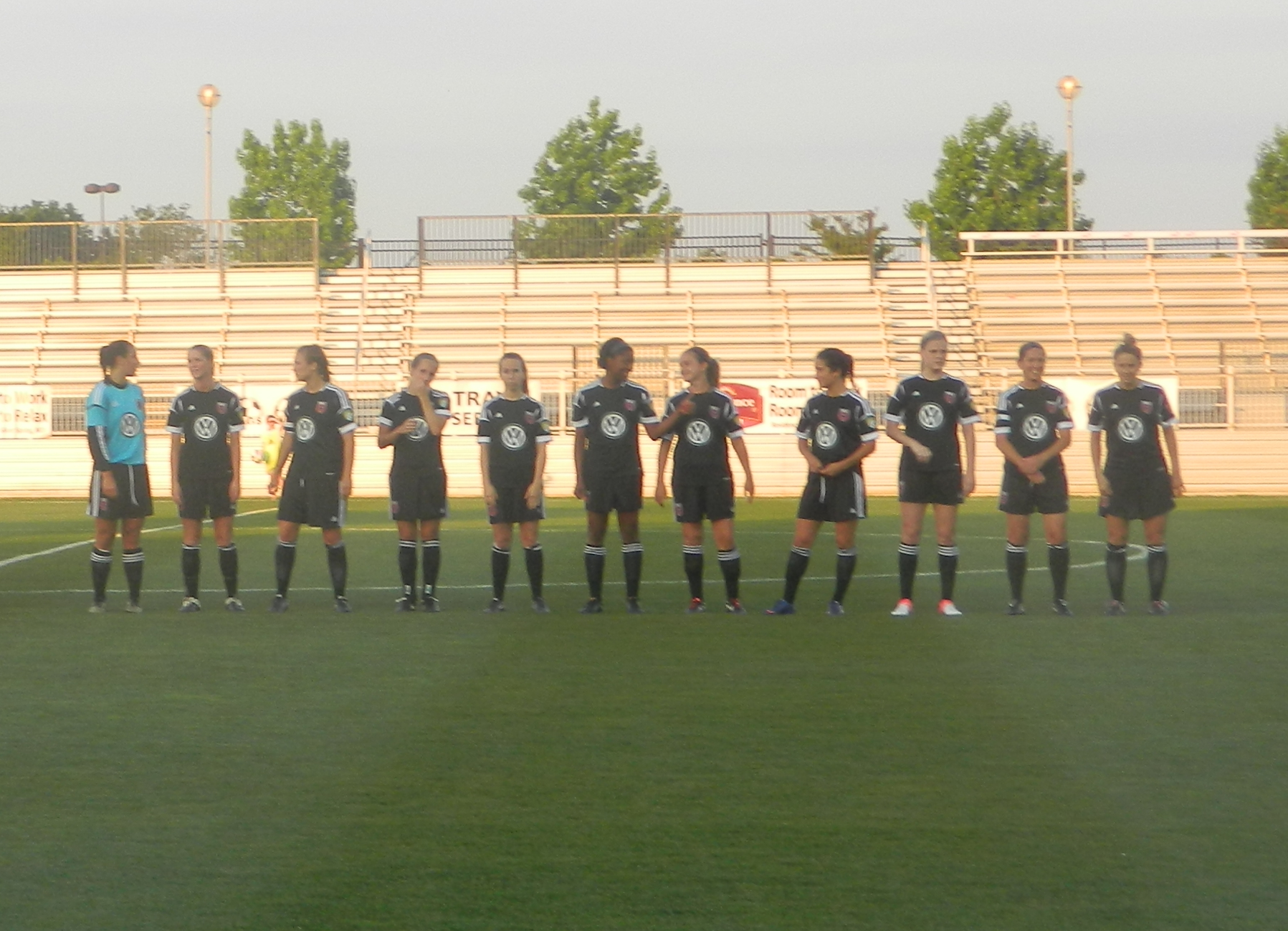 Sanderson’s first goal came in the 28th minute, giving D.C. United a 1-0 lead. Molly Menchel sent in well placed cross, with Sanderson sending a rocket of a shot into the upper right corner, beyond the reach of Charlotte’s `keeper. Sanderson added her second in 53rd minute.

D.C. midfielder Hayley Siegel scored the match’s other goal in the 40th minute. On a free kick, Siegel took a direct shot, bending in a beautiful ball that put D.C. up two at half time. The `keeper was able to get a hand on the shot, but her efforts were not enough to keep the ball out of the back on the net.

The Lady Eagles mustered a few chances and controlled more of the second half possession, though they were ultimately unable to come back from the three-goal deficit.

D.C. United head coach Mike Jorden was understandably proud of his team after the match.

“A lot of these girls do so much to come to training until 11 o’clock night, putting in all this work,” he said. “It’s really rewarding to do that and end up where we are today.”

Jorden and his team will now travel to Ottawa, where they hope to add W-League Champion to their 2012 season accolades.