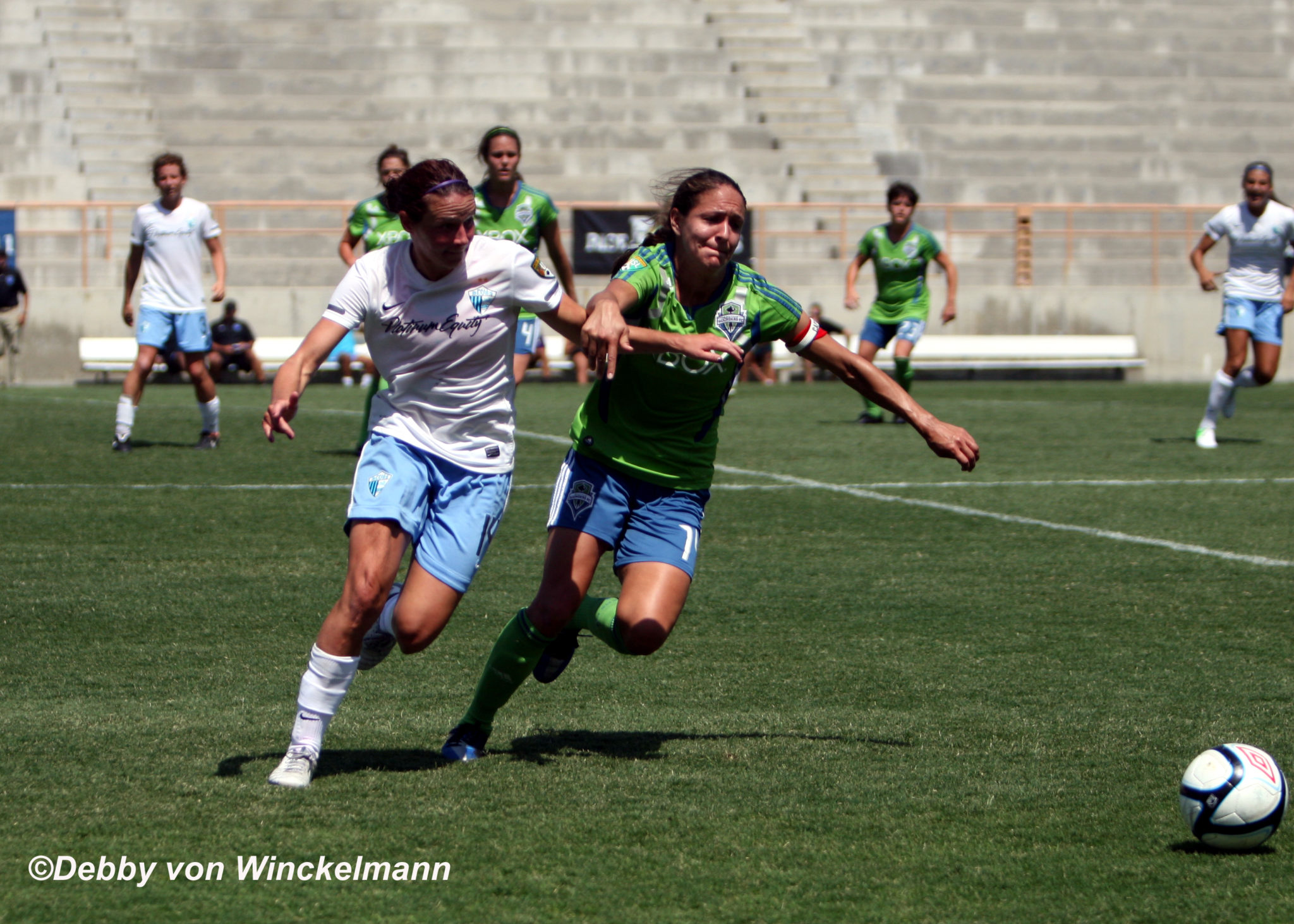 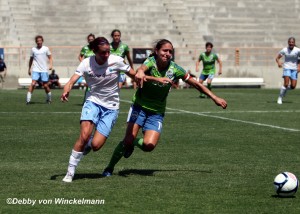 The Pali Blues defeated the Seattle Sounders 1-0 at Titan Stadium on Sunday afternoon to win the W-League’s Western Conference Championship.

“You’ve got the lead, you’re one of the best teams – ever – in this league, defensively,” Naimo said. “Sit on it. Sit on the lead. Make them chase us. Don’t just give it back to them and let them attack again.”

It was Pali’s top scorer Lynn Williams and assist leader Sarah Huffman connecting for the game-winner in the 63rd minute of play.  Huffman placed a corner kick into the box, where Christie Shaner got her head on it before Williams punched it into the net.

The Sounders seemed caught off-guard as they hesitated, expecting a call for a foul on goalkeeper Megan Kufeld, but the referee didn’t agree and the goal gave Pali the lead and, eventually, the win.

“It seemed like an aggressive challenge and I thought a whistle was going to come,” said Seattle’s defender Kelli Smith. “But, it didn’t and you have to keep playing. So, that’s our fault.”

Sounders’ head coach Michelle French said the game went pretty much as she had expected.

“We were worried about set pieces and they scored off one,” French said. “We wanted to get four, five, six good opportunities on goal and I think we did that. It just came down to the inability to finish and the quality of the touches in and around the 18 to give us the opportunity to get the goal. Other than maybe possessing the ball a little bit more, I think it was what we thought it would be.”

Both teams struggled to finish their opportunities throughout the match and it was the defensive effort that stood out for each team.

For Pali, their defense has allowed just three goals in 15 games so far this season.

“Our defense is probably one of the best defenses that I’ve been part of in the last couple of years,” Shaner said. “It ultimately starts with the whole team – from our forwards to our midfielders, because it has to get through them first before it gets to our backline. That being said, our backline has done a tremendous job this year, preventing shots.”

Not much has gone through Pali’s back line, but when it does, they have Italian Women’s National Team goalkeeper Anna Picarelli, who earned her 12th clean sheet on Sunday with three saves. Picarelli won the W-League’s Goals-Against Average Champion honors last week with a 0.216 for the regular season.

“At the end of the day, defense wins championships and defense is definitely getting us through this season,” Naimo said. “It would be great if we could maximize the talent of our attacking because I know we’re better than this.”

The win gives Pali the number one seed in the W-League Championships in Ottawa, Ontario, with the semi-finals on Friday, July 27. The other teams in the final four are DC United, Ottawa Fury, and Quebec City Amiral. Winners of the semi-final matches will advance to the final game on Sunday, July 29.