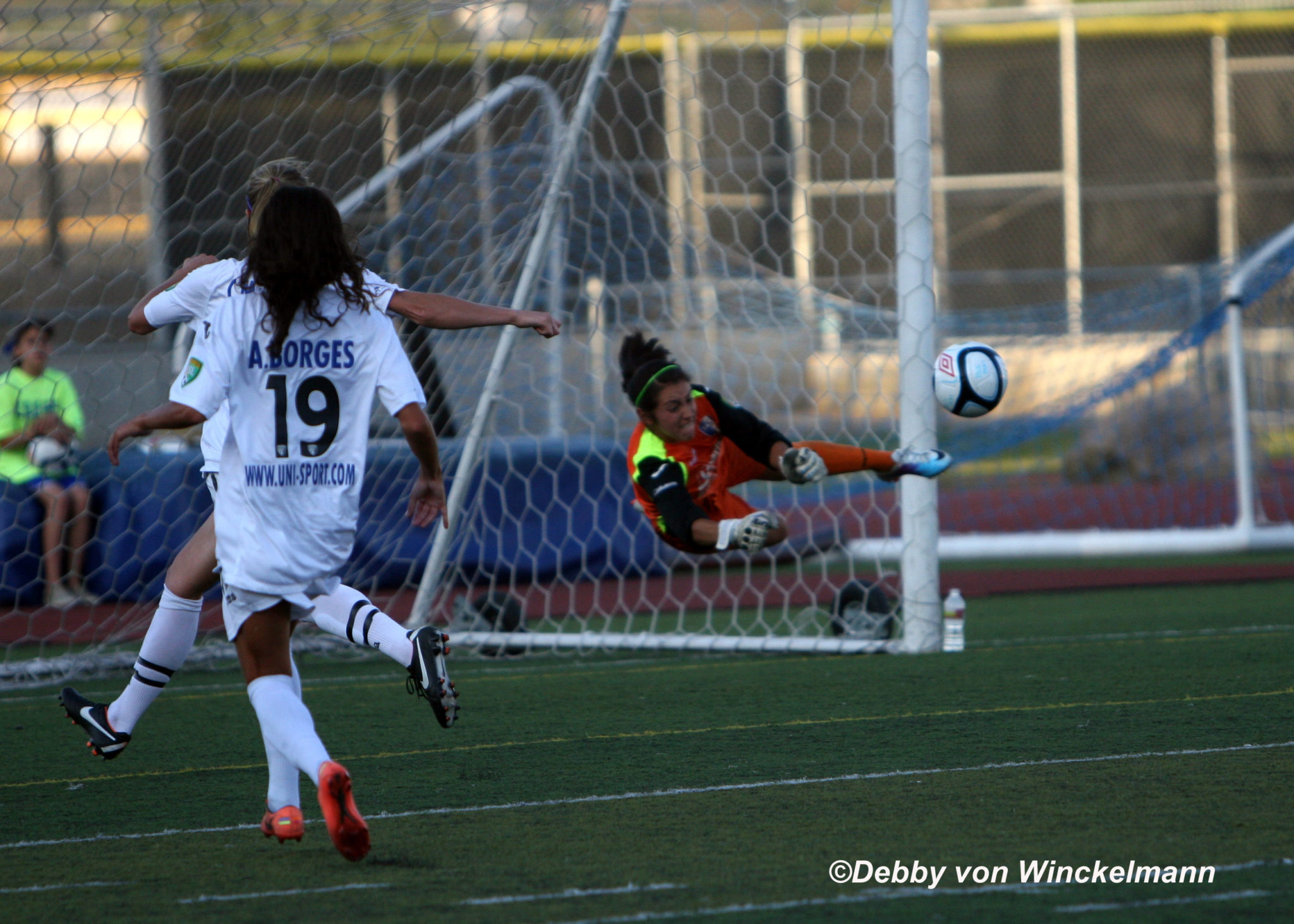 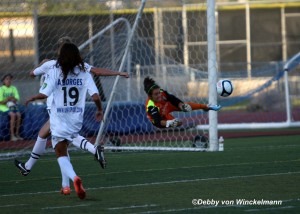 The Santa Clarita Blue Heat played a tight defensive game against the Seattle Sounders on Wednesday night, but lost 1-0 at Valencia High School.

The Sounders forward Lyndsey Patterson scored the game’s only goal with a shot that flew past a diving Cynthia Jacobo, the Blue Heat’s star goalkeeper.

Santa Clarita had opportunities to score, but has had trouble finishing this season. Blue Heat defender Sydney Vermillion said that’s what happened against the Sounders.

“Not happy with that performance, but we’ve had a bit of a strange road trip so far,” French said. “To have only two subs and be able to get a result is pretty amazing for us right now. We just kind of had to hang on as much as we could.”

Injuries and travel issues left Seattle short for the game, but it was hard to tell in the first half, with Seattle showing the offensive advantage, outshooting Santa Clarita 16-5. The Sounders had a couple of near-misses, with Megan Manthey skimming the top of the crossbar in the 16th minute and Sophie Reiser’s shot tipped over the top by Jacobo, who also made a diving save on another of Patterson’s shots from the right side to the far post.

Santa Clarita’s best chance came in the 36th minute when a corner kick dropped in the box at the very capable feet of Edite Fernandes, who had her shot saved by a Seattle defender.

In the second half the Blue Heat turned on the offense, while Seattle looked to defend its 1-0 lead.

“We were more concerned about defending in the second half, then actually getting forward,” French said.

Santa Clarita’s Madison Van Dine took a shot that hit the front of the right goal post, but that was as close as the Blue Heat came to scoring and they just couldn’t find the equalizer.

“We need to work a little more on offense,” said Blue Heat assistant coach Luty Neveleff. “Today we had quality in the middle and the back. And, we needed a little bit of luck.”