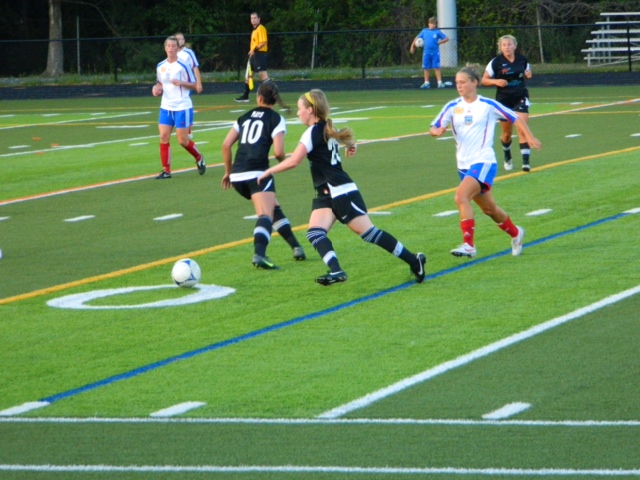 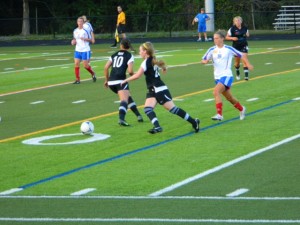 An extra time goal from Chesapeake’s Ashley Spivey ruined New England’s chance at the WPSL Elite playoffs on Wednesday night. The Mutiny needed to earn three points to keep their slim hopes of grabbing the last playoff spot alive. As a result of Wednesday’s match, the New York Fury have clinched the final playoff berth.

The Mutiny played with a very limited roster. Among those missing from Wednesday’s squad was USWNT U-17 star Morgan Andrews. Second half injuries exacerbated the problem. Nonetheless, the Mutiny never trailed in the game and were poised to earn the critical three points until Spivey’s 91st minute strike.

For the second home match in the row, the Charge notched an equalizer in extra time to earn the draw. In Wednesday’s match, the Charge battled back from a deficit twice.

The Mutiny scored the first goal of the game in the 6th minute. Kate Howarth broke away from the Charge defense and then beat Chesapeake’s keeper Erin Quinn.

Howarth would strike again in the 35th minute to give the Mutiny the 2-0 advantage. Kasey Richards sent the ball into the box, and Howarth quickly headed in the ball.

It looked as though the Charge would head into to the locker room down 2-0 despite having an advantage in overall shots. The majority of Chesapeake’s in the first half chances either when width or over the bar. They had difficulty getting the ball on frame.

Cheyenne Skidmore changed the game when she scored to cut the deficit in half in the 40th minute. Prior to the goal, the ball bounced around bit in the final third before Skidmore was able to finish it. Brittany Hadaway was credited the assist.

The last first half strike gave the home team momentum. Three minutes into the second half, the Charge found an equalizer to tie the game at 2-2. Skidmore made a nice run up the side and played the ball forward to Nicole Clark at the top of box. Clark was then able to put it away.

The Mutiny would take the lead back in the 66th minute when the Mutiny’s newest addition Tiffany Weimer found the back of the net. Once again, Richards provided the assist. Weimer’s goal was largely the result of a poor pass that was intercepted by the Mutiny, leaving the Charge out of position.

In the 72nd minute there rough collision between Howarth and Chesapeake’s keeper Lydnsey Hokanson as Hokanson went airborne to cut off the Howarth’s attack. Hokanson was okay but Howarth had to be helped off the field. This forced the Mutiny to use their second and final substitution.

Unfortunately for the Mutiny, Becca Mays took a hard knock in about the 80th minute of play. It appeared as though Mays would have to exit the game but she was able to continue. Thus, the Mutiny avoided having to finish the game a player down.

In the 88th minute the Mutiny nearly crushed the Charge’s chance at a comeback. Hokanson was forced to make a diving save to stop the assurance goal for getting in.

Hokanson’s effort was not in vain as Spivey found an equalizer three minutes later. Spivey’s goal resulted from a rebound off a free kick. Her goal was unassisted.

The referee’s whistle would sound about 90 seconds later much to the dismay of the crowd and the Charge players. The stoppage time seemed inadequate considering the injuries and substitutions made in the half.

Wednesday’s match tied Chesapeake’s season high for goals scored in a match. The first three goals game came against the Fever back in May.

After the game Clark commented that the offense “was a lot more in sync tonight.”

Spivey agreed with her teammate.

“We had good team chemistry and good buildup from the back to the midfield to the forwards. They played us good balls,” she said.

Hopefully the upswing offensive production will continue for the Charge as they look to notch their first home win of the season against the Philadelphia Fever on Sunday July 22nd. The Mutiny’s next game will be July 19th at home against the Chicago Red Stars.