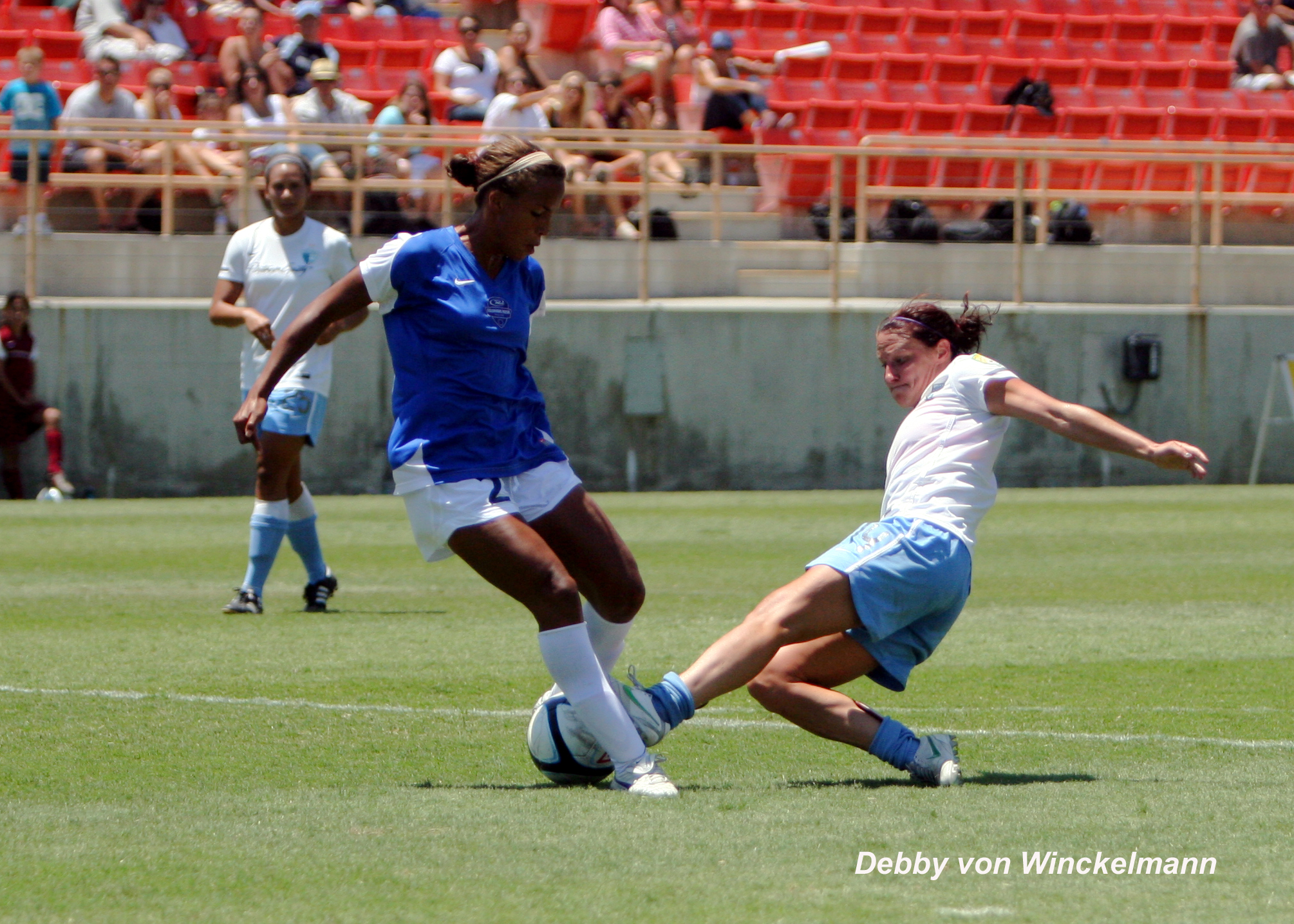 The Pali Blues defeated the Colorado Rush 2-0 at Cal State Fullerton’s Titan Stadium on Sunday and then capped the afternoon with an Olympic send-off ceremony for Abby Wambach of the US Women’s National Team.

“It was a good soccer game today and I was happy with the players bringing back a champion-level performance today,” Pali head coach Charlie Naimo said. “It’s a good day for the girls.”

Pali’s first goal was scored by Lynn Williams in the 16th minute, her 10th goal in 10 games. Williams received the ball from Sara Huffman and blasted a shot into the net from 35 yards out.

Huffman scored in the 88th minute with an assist from Elizabeth Eddy. 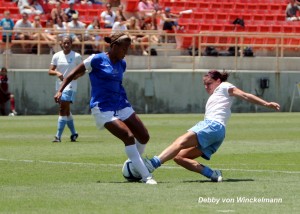 Sarah Huffman (R) slides to free the ball in front of the goal during Pali's 2-0 win against the Colorado Rush on Sunday at Titan Stadium.

“Elizabeth Eddy’s been getting down the line a lot and I just hung back and she played a perfect cross that went through the whole box and I just took a touch and slotted it far post past the keeper,” Huffman said.

Huffman was solid throughout the game, pressing hard and creating several scoring opportunities for her team, as well as for herself. She has six assists this season and three goals, which is second in points for Pali this season.

Huffman said it’s all a team effort and that it all starts with the movement from the back line.

“When our backs get wide, it opens space for me to see runs,” Huffman said. “We have a young player in Lynn (Williams) and she creates so much space and brings so many players to her that I’m just trying to catch her and get into the space either around her to just kind of to support and run off of her.

“And, we have two good center mids behind me, so I definitely think it’s our team supporting each other and just creating a lot of chances.”

Pali outshot the Rush 18-3 in the game, with Williams taking six shots while Huffman took five.

“They had good possession in the first half and I thought that their ability to change their point of attack was hurting us and we were getting caught in no man’s land,” said Rush head coach Erik Bushey. “We needed to either figure out a better way to press, or read that we couldn’t press and kill some more gaps.”

Pali will play their last regular season game on Sunday against the Seattle Sounders at Palisades High School at 7 pm PT.