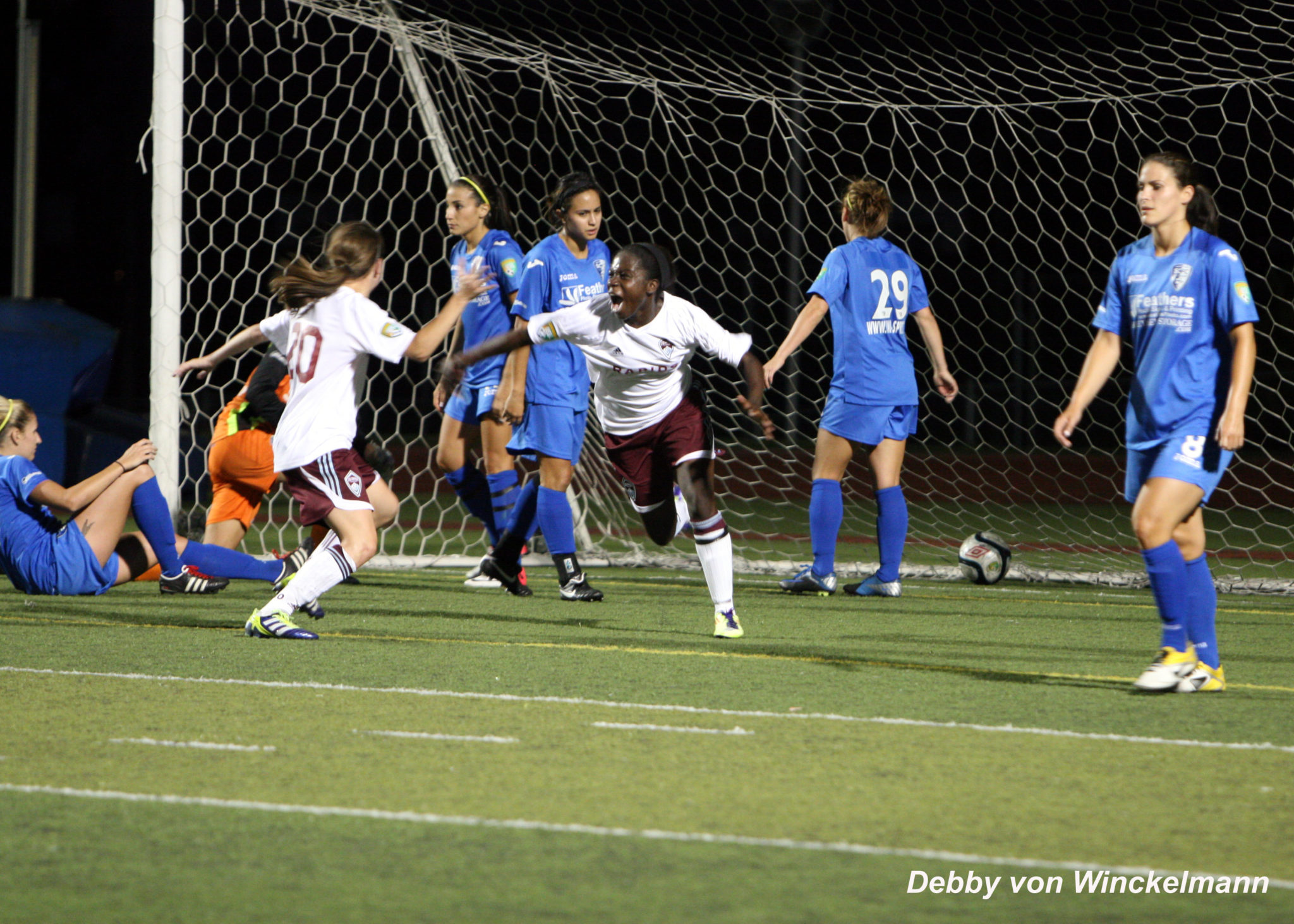 It certainly looked like the Santa Clarita Blue Heat had the game in the bag on Saturday, boasting a 4-0 lead at the end of the first half against the visiting Colorado Rapids.

But, if the Blue Heat could score four goals in one half, why couldn’t the Rapids?

Turns out, they could – and they did – leaving the Blue Heat stunned as the Rapids came back in the second half and finished the game tied, 4-4. 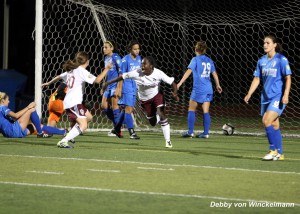 “We underestimated them and we let them back into the game,” said Santa Clarita head coach Charles Martinez. “I never imagined the result would end up this way. We put the best players on the field and we couldn’t find a good way to come back.”

In the first half, Santa Clarita looked like they had the best players on the field, with their first goal coming in just the fourth minute of play after Edite Fernandes sent a ball to Laura Luis, who knocked it into the back of the net.

In the 19th minute Fernandes popped the ball over the head of Rapids goalkeeper Lauren Robertson, giving the Blue Heat a 2-0 lead. Three minutes later Sydney Vermillion’s free kick connected with Luis, who headed in her second goal of the game. Santa Clarita took a 4-0 lead in the 39th minute after Ana Borges scored on a ball from Katie Russ.

After losing 5-0 to the Pali Blues the previous night, being down 4-0 in the first half took its toll on the Rapids coaching staff, and as they grew increasingly frustrated with their team, a clipboard was smashed and broken in half, then thrown into the trashcan at halftime.

Rapids assistant coach Alexandre Balog said the coaches left the team alone in the locker room at the break.

“We told them there’s nothing more we can do at this point, so you have to sort it out yourselves because all of the individual mistakes in the first half really cost us badly,” Balog said.

Rapids defender Erin Gunther said the team decided they had nothing to lose.

“We’re down 4-0 – it doesn’t get much worse than that at halftime,” Gunther said. ”So, get out there and give it everything you got, and that’s what we did.”

The Rapids came out with increased energy and physicality, urgently chasing down every ball and winning challenges. But, after six minutes without a goal, the coach made what looked like a hockey line change, with four players subbing in at once.

Five minutes later, two of those players coming off the bench connected for the first Rapids goal of the game. Midfielder Ode Fulutudilu sent a pass to Jaucelyn Richter, who scored her first goal of the season.

It was only one goal, but you could sense the shift in momentum and after Scotti Culton scored unassisted in the 71st minute, a large piece of the broken clipboard was retrieved from the trash and was being scribbled on. Gunther converted a penalty kick in the 79th minute to close the gap to 4-3. A corner kick in the 84th minute dropped into a crowd of players in front of the goal and Fulutudilu back-heeled it in for the equalizer.

“It looks like we were over confident with a 4-0 lead and when they scored the third goal, that’s when we started reacting and that was a little too late,” Martinez said.

Gunther said her team showed “unbelievable heart” in the second half.

“We never quit and that’s what it takes in a game like this and I’m so proud of us,” Gunther said.” I can’t believe we did it. We didn’t stop. We never stopped.”

Balog said he was proud of how his team came back, but he’s seen games like this before.