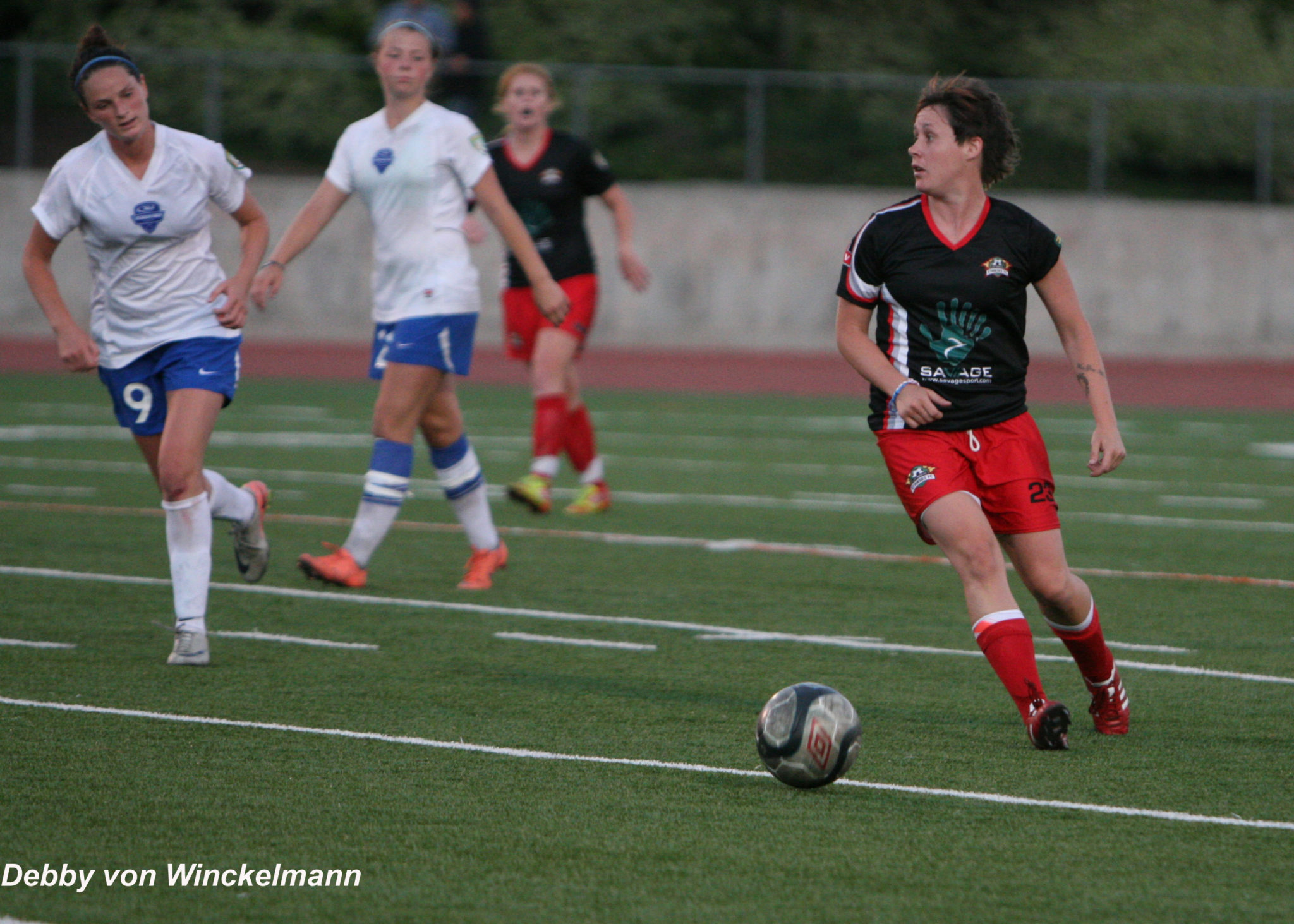 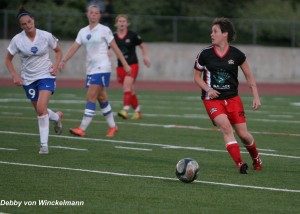 The LA Strikers struck first in their game against the Colorado Rush on Friday night at Occidental College, but their lead didn’t last long and the game ended in a 1-1 tie.

Laura Stockdale headed in a goal in the 71st minute to put the Strikers up 1-0.

Just three minutes later a foul in the penalty area gave the Rush a penalty kick. Brittany Bock converted the shot to bring her team even at 1-1.

“It’s frustrating, but positive,” said Strikers head coach Damien Brown. “We had two games with consecutive points. You’ve got to look at that and say ‘okay.’ I thought we did a really good job. I thought we were very effective and very dangerous.”

The penalty kick was the result of a Rush throw-in that, according to Brown, was taken about 20 yards closer to the goal than where the ball had gone out. As the Strikers hesitated, thinking the throw would be called back, the Rush’s Danica Evans made her way towards the goal and was taken down by a Strikers defender.

“We have to be mature enough to deal with that type of stuff,” Brown said. “The game’s going on and too many of us are pointing to what should have happened, instead of what’s happening. We have to react faster and solve the problem. And, it’s the only problem of the night we didn’t solve.”

With his team in the hunt for a playoff spot, Rush head coach Erik Bushey said he was pleased with the way his squad pressed their hosts from beginning to end.

“It’s the best game we’ve played in probably a few weeks, if not longer,” Bushey said.” I thought our passing was better. We created numerous chances. Once again, overall, our effort was outstanding.”

The Strikers had some quality chances for the go-ahead goal, but Rush goalkeeper Lauren Johnston came up with some big stops for her team. Amy Chapman blasted a shot from 25 yards out, but Johnston came up with it. Jamie Bell broke away and went one-on-one with Johnston, who came off her line and snuffed the shot. Johnston had nine saves in the game.

“She (Johnston) did a great job to keep them in the game,” Brown said. “And that’s what this league’s about – good players making good plays.”

“If you look at the stats, we’re a pretty aggressive team,” Chapman said. “We get in the box, we get numbers, but we’re not composed enough in the final few passes and it’s costing us games. It was very unlucky to have a penalty against us. But, if we put away our chances, we don’t have to worry about that.”

For all the opportunities and effort, however, a draw was a letdown for both teams, with each side thinking they deserved the win.

“I think we’re unlucky not to get the three points tonight,” Bushey said. “For us, we all feel good about our soccer and we’re disappointed with the draw.“

Chapman had similar feelings about her team.

“It’s extremely frustrating,” Chapman said. “We can take a lot out of tonight’s game because we created a lot of chances. I genuinely believe we deserved to win that game. But, they made us pay for not capitalizing earlier.”