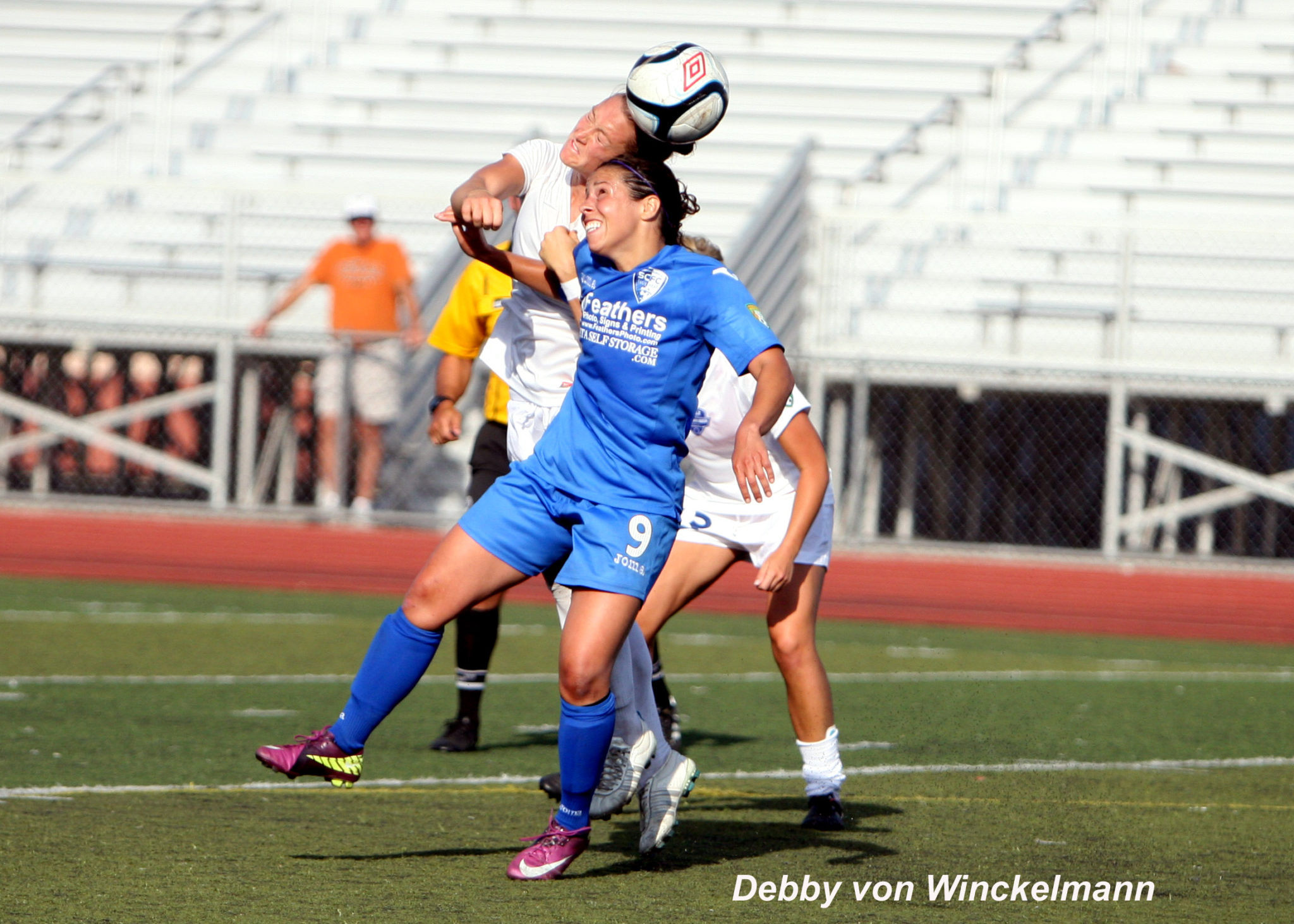 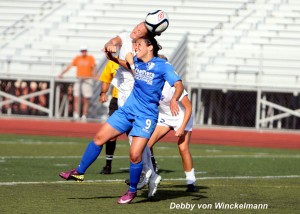 Unless it is an own goal, which in this case caused the Santa Clarita Blue Heat to give up their 1-0 lead against the visiting Colorado Rush on Wednesday and to settle for a 1-1 tie.

“It was a mental mistake because we didn’t measure the speed of the ball,” Blue Heat head coach Charles Martinez said. “This is where we needed better thinking.  When you attack the ball desperately, that’s what happens.”

After a scoreless first half, the Blue Heat got a goal in the 75th minute from Ana Borges, who came off the bench in the 68th minute. Edite Fernandes threaded a pass through the Rush defense to the streaking Borges, who coaxed the Rush goalie out, and then put the ball into the empty net.

Just eight minutes later, Gabrielle Miranda took the only corner kick for the Rush, and the ball deflected off a Blue Heat player and into the goal to tie the game at 1-1.

For most of the game, it looked like Santa Clarita was doing a lot of things right. Fernandes exhibited her impressive skills, sending passes through and crosses in front of the goal, but those chances just weren’t finished.

“Seventy-five percent of the possession was on our side,” Martinez said. “We created more chances and opportunities to score. But, soccer’s like that, you know. The team that has the possession, if they don’t put the ball in the net, they’re not going to win and that’s what happened.”

“I think we were good at possessing it in the back, but we needed to possess it more up top,” Bock said. “A lot of times that last ball was a through ball, and I think if we would have focused more on getting it to feet and combining more in the attacking third, rather than the defensive and middle third. It’s just that attacking mentality – we were just possessing, but not in the attacking third.”

Erik Bushey, head coach of the Rush, said that he was “pleased with the effort” of his team, playing without their injured star forward Lindsey Horan.

“We know that Santa Clarita has some very good weapons and we tried to discourage that by not giving them space to play,” Bushey said.” I think our energy and our effort today was very good. We made a lot of mistakes that put us under pressure, but no fault to our players, I thought their work ethic was very good today.”

The Blue Heat will host the Colorado Rapids on Saturday at 7 p.m. ET.