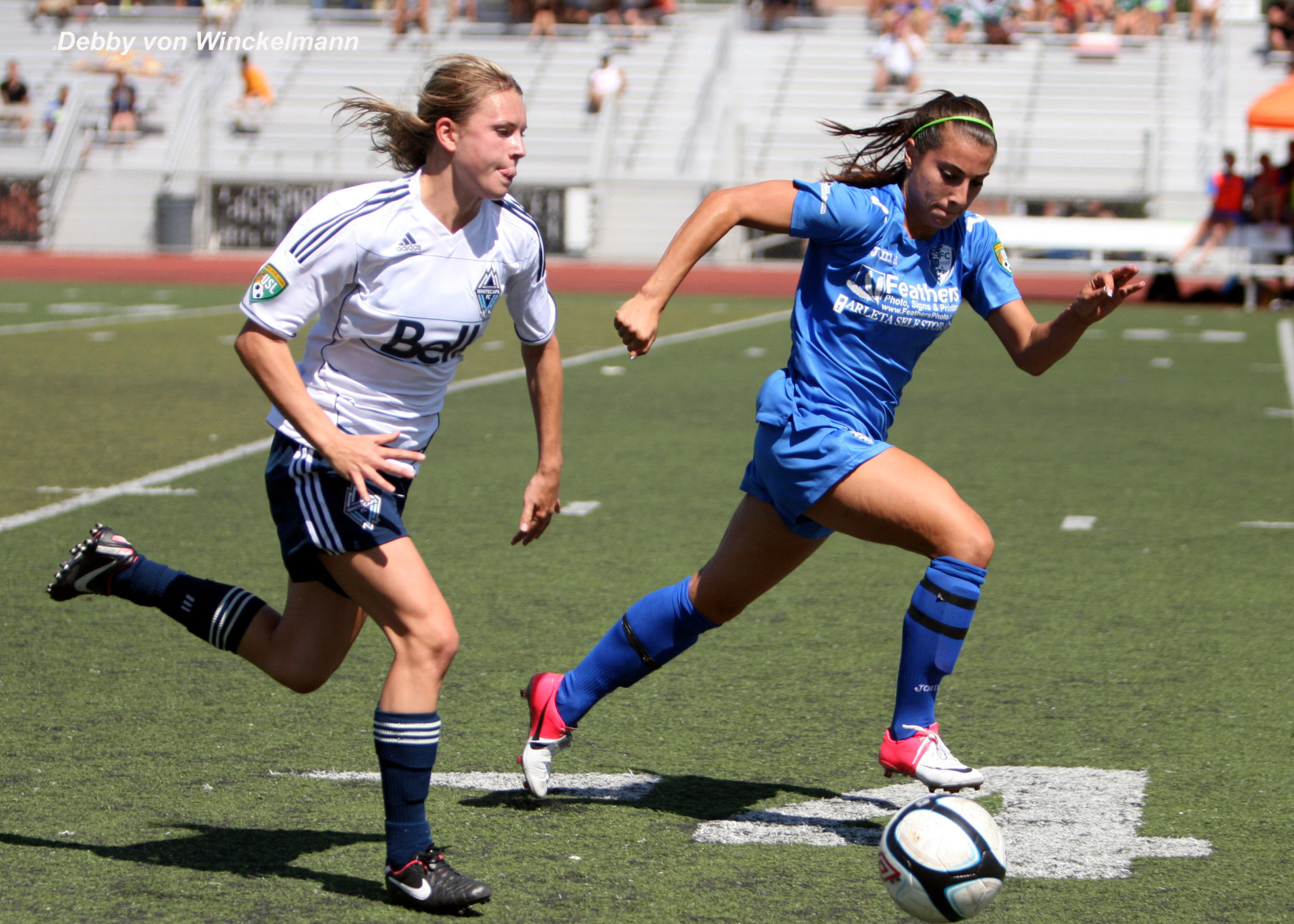 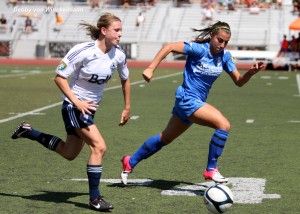 Coming off a week’s rest and playing on its home turf for the first time in three weeks may have sounded like it had the makings of a win for the Santa Clarita Blue Heat.

Instead, the Blue Heat extended their losing streak to three on Sunday after being defeated by the Vancouver Whitecaps 2-1 at Valencia High School.

“I think they just wanted it more,” said Blue Heat midfielder Stacey Rodwell. ”We had spells in the game where we really pressured and it looked like we wanted it, and then we dropped off a little.”

One of those drop-offs came in the 15th minute of the game when the Whitecaps capitalized on the counter-attack, with Jenna Richardson feeding Mele French, who put the ball in the back of the net for a 1-0 Vancouver lead.

“It was a great transition opportunity,” French said. “We just basically won it back in our defensive third and, you know with the speed we have up top, the game plan is just to get that ball to our front runners immediately. It was a great ball from one of my outside backs, and Jenna and I combine really well.”

The Blue Heat didn’t have a lot of opportunities to come back in the first half, being outshot 11 to 5.

“The first 15 minutes of the game we gave them a little bit of an advantage because we gave them space,” said Blue Heat head coach Charles Martinez. “They capitalized on the first goal because of a mistake and it was hard for us to come back.”

“The ball dropped out from Edite (Fernandes) on the edge of the box and I took a touch,” Rodwell said. “I didn’t think it was going in, actually. It was nice.”

Despite playing in their third game in a week-long road trip, Vancouver (3-4-4) appeared to have more energy and continued to outshoot the Blue Heat.

Richardson put in the go-ahead goal in the 69th minute, giving the Whitecaps the 2-1 edge, and eventually the win.

“The road trip is hard,” said Vancouver head coach Jesse Symons. “To come here in the heat – they battled and it was a full team effort. They found a way to get back after giving up a goal.”

The Whitecaps had chances to lengthen their lead in the game, if not for the stellar goalkeeping of Cynthia Jacobo, who denied four shots.

“Cynthia is always a key player for us,” Martinez said. “To me, she’s the best goalkeeper in the league.”