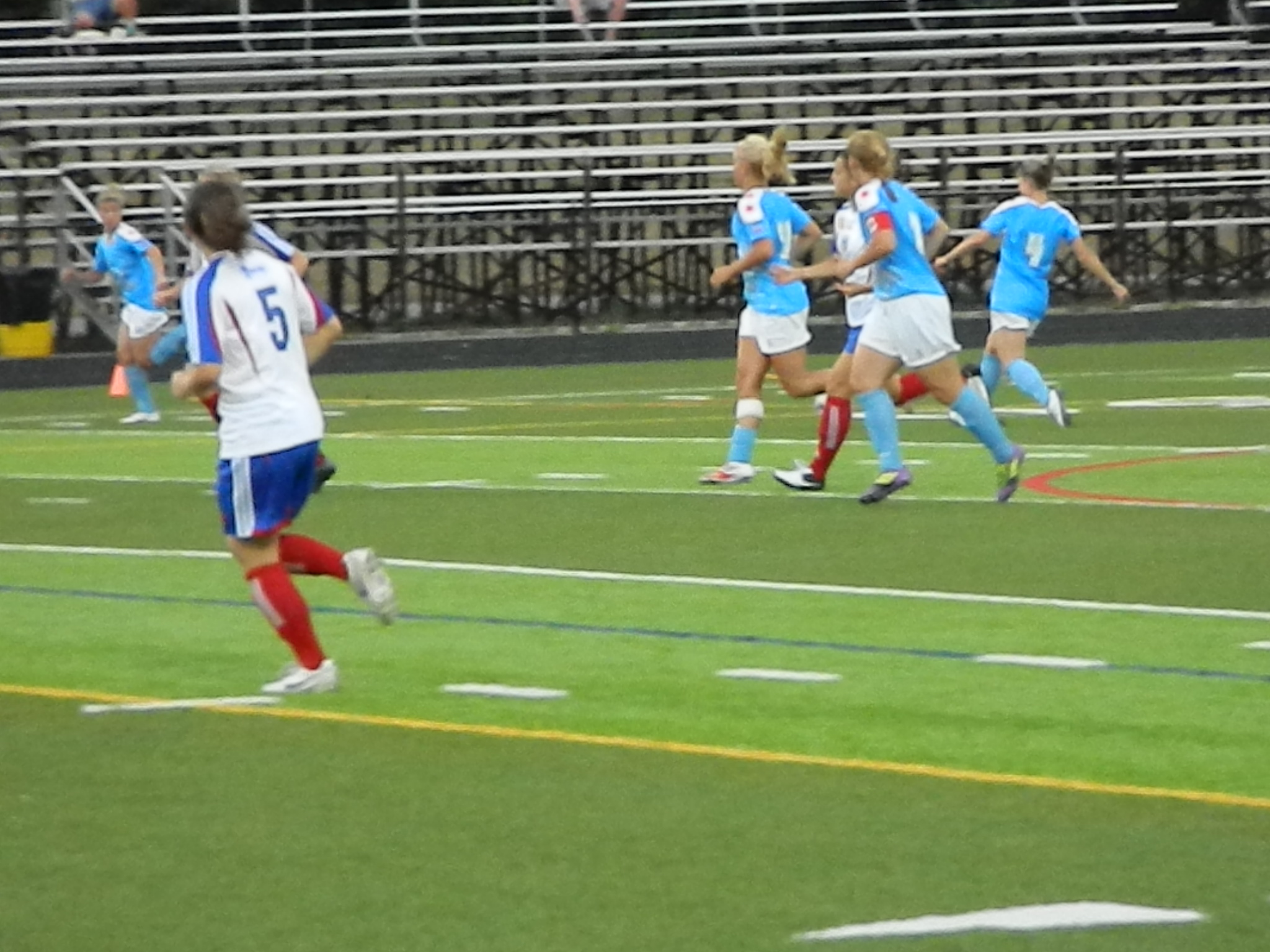 MILLERSVILLE, Md. — For a while on Friday night, it appeared as though the ASA Chesapeake Charge were going to pull off the biggest upset so far this season in the WPSL Elite.  At the half, the league leading Chicago Red Stars were trailing 1-0.

The Red Stars would battle back early in the second half to not only tie the game at one all, but take the 2-1 lead five minutes into the second half. The early second half goals killed the Charge’s momentum and their odds of pulling off an upset.  Chicago would add another in the 77th minute and the game would end 3-1 in favor of the Red Stars.

Chesapeake has struggled to generate offense all season and Friday night’s game was no exception. In fact, the problem was exacerbated by the absence of their biggest offensive threat, Alexis Prior-Brown, who suffered an injury in last Sunday’s game against the Fury.  The injury to Prior-Brown forced the Charge to move Alex Brandt from her usual midfield position to forward.

The Charge’s lone goal of the night came off a 23rd minute penalty kick taken by Charge captain Jess Hnatiuk. The penalty kick was awarded to the Charge when Erica Suter was pushed down by a Red Star in the box.

Chicago seemed a bit off in the first half as some of their crosses and passes were off the mark.  In the second half, the team started clicking better and was quickly rewarded with two goals.

The first goal came in the first minute of the second half with Michele Weissenhofer providing the equalizer. Lori Chalupny was credited with the assist.

Weissenhofer was at it again two minutes later when she played a perfect cross to Lori Chalupny. Chalupny quickly finished giving the Red Stars the 2-1 lead.

The Red Stars would dominate possession until the game had to be suspended due to lightning in the 57th minute. The lightning would continue periodically for the next forty minutes, causing the game to be delayed for nearly an hour.

When play resumed the Red Stars would pick up right where they left off. In the 77th minute, Chicago extended their lead to two. Weissenhofer’s second goal came off a cross from Lauren Alkek.

Lyndse Hokanson had a spectacular performance for the Charge staying composed when under pressure from the Red Star offense. Without her solid performance in net, the score line easily could have been 4-1 or 5-1 in favor of the Red Stars.

After the game, Charge midfielder Amanda Lebo talked about the difference in her team from the first half and the second. She said the team was “on the same page,” in the first half.

“We had a few changes in going into the second half and I think it just took us a while to get back to all being on the same page,” she said.

Chicago captain Lori Chalupny thought her team played well in the first half but was unfortunately unable to put any of their chances away.

When asked what changes Chicago made at half Weissenhofer said, “we came out with more energy.” She also noted that the team started using the width of field, which led to all three of Chicago’s goals.

The Charge’s next match will be Thursday when they face the New York Fury at Hofstra University. Chicago went on to defeat the Philadelphia Fever 4-1 on Sunday to complete their road trip.