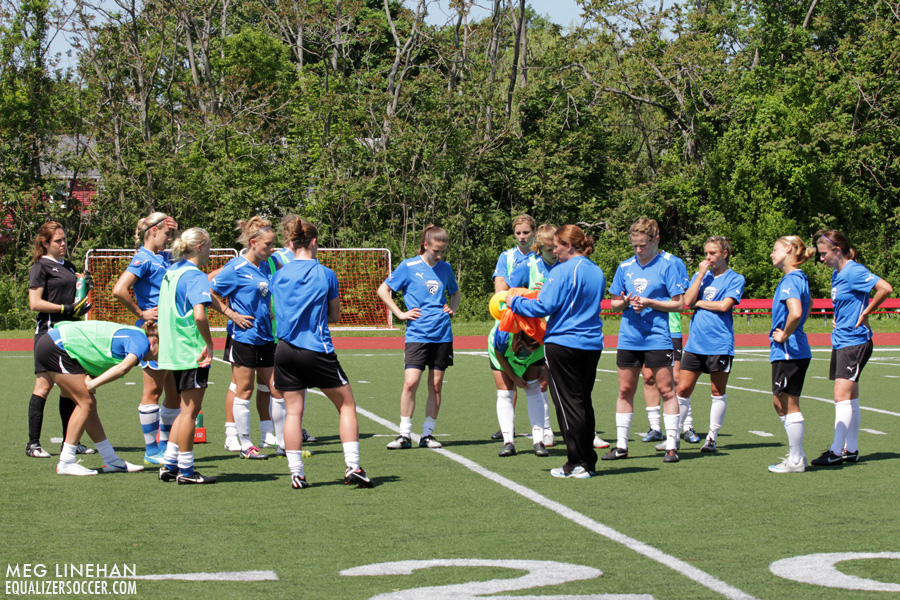 The Boston Breakers have responded to Monday’s announcement that the team would be deducted points for using an ineligible player in the May 26 match against the Western New York Flash.

Boston won that match 3-2 behind a Katie Schoepfer hat trick, but on Monday learned that it would now count as a 1-0 loss on their schedule because forward Melissa Henderson played in it. Henderson’s International Transfer Certificate (ITC) had not cleared in time for the match.

It is unfortunate that in the process of the WPS suspending their season, ITCs for a number of U.S. players were issued to clubs that had no interaction and no contract with these players, which has held up the clearance of U.S. players’ status in the U.S. Unfortunately, we understood that this player of ours was cleared before the game and found out only after the game that was not the case. More frustratingly, we now understand that the ITC has still not been issued despite the player’s rights having been inappropriately sent to a club in Russia without any authorization, documentation or other required forms. This is a travesty of justice for the player, who is our only concern. It is a shame such a situation has been allowed to happen and we at the Boston Breakers are disappointed it has affected the standings, the player, and that the process has not been corrected even to this date. As an organization, we work towards the absolute highest standards of professionalism and followed the specific directives given to us in this matter, but the fundamental issue of the improper ITC caused confusion and we understood that the player had been cleared to play. In a perfect world, these communication issues would not have occurred and the player would have been held out of the game.”