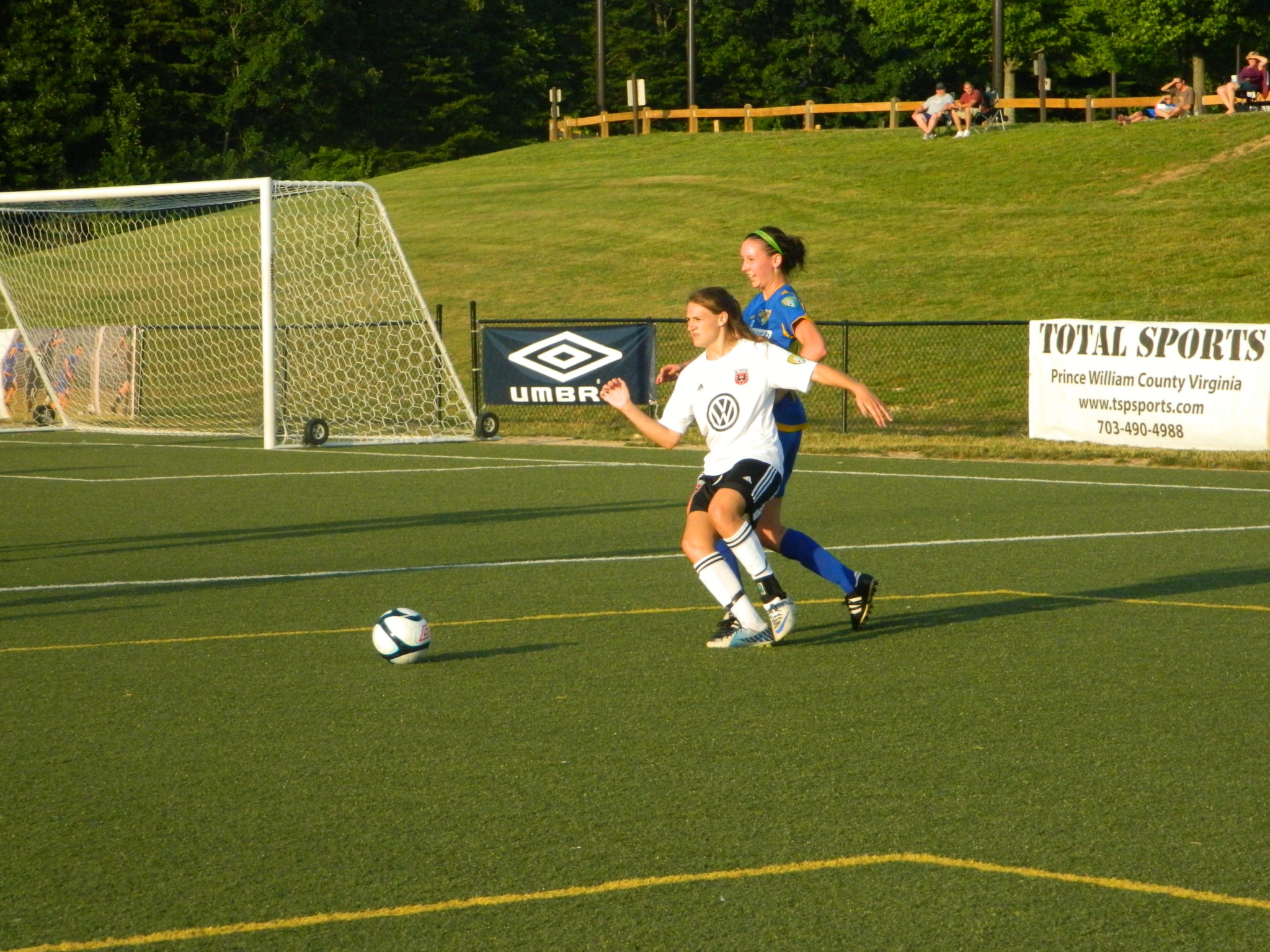 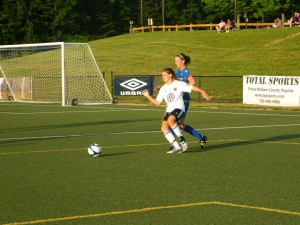 Mikaela Howell scored a hat trick to lead D.C. United over the Northern Virginia Majestics 5-1 Saturday evening.  Howell first struck in the 43rd minute to break a 0-0 tie, and then again in the 50th and 59th minutes.

After this weekend, Howell leads the league in assists (5) and is second in overall points (19) and goals (7). She appears to be on her way to a record setting fifth-straight W-League Team of the Week award. Howell also made a very convincing case for her first player of the week award.

Howell later admitted that she was frustrated saying she “…wasn’t sure it was going to come again (meaning the points) and then three (goals) came, so I can’t argue with that.”

Howell’s hat trick comes at an interesting time as she was feeling under the weather throughout the week and still was not completely healthy, although as the hat trick shows, it was not evident on the field.

D.C. United got off to a rocky start on Saturday as the Majestics managed to control the ball for much of the first five minutes of the match.  Luckily for D.C. United, keeper Didi Haracic made a couple of fantastic saves to stave off the Majestic attack and keep the game scoreless.

The second half proved far more productive for D.C. United. Five minutes into the half, D.C. United extended their lead and snuffed out the Majestics’ chance at a comeback when Howell added her second of the night, with Holly King getting the assist.

Three minutes later Caitlin Miskel added another to D.C. United’s cause. Miskel’s goal came after Lianne Sanderson’s hard shot was blocked by the ‘keeper. Miskel then buried the ensuing rebound.

Howell would earn a hat trick just six minutes later in the 59th minute when she sent a close range shot far post beyond the reach of Kruse. Siegel was credited with the assist.

The Majestics fought hard throughout the match and were rewarded in the 70th minute when Kelsey Quinn got them on the scoreboard. Meghan Cox sent the ball back into the box after D.C. United keeper Danielle DeLisle blocked initial cornerkick. Quinn then headed the ball into the back of the net, ending D.C United’s chance at a shutout.

After the game, Miskel commented on the adjustments D.C. United made at the half.

“We finally got into a rhythm and really broke them down in the first ten minutes of the second half,” she said. She added that she felt they were trying to force the ball too much and they made the decision to just try to keep the ball that things started clicking.

D.C. United returns to action on Wednesday as they face the Fredericksburg Impact at 7:30 p.m. at the Maryland SoccerPlex. That game is a matchup between the two best teams in the Atlantic Division.

U.S. defender Becky Sauerbrunn was scheduled to make home debut for the D.C. United on Wednesday, but Sauerbrunn will not play due to fatigue concerns. She will be on hand however, for an autograph session prior to game.

The Majestics’ next match is also Wednesday. The team will travel to face the Virginia Beach Piranhas at 7 p.m. at the Virginia Sportsplex.