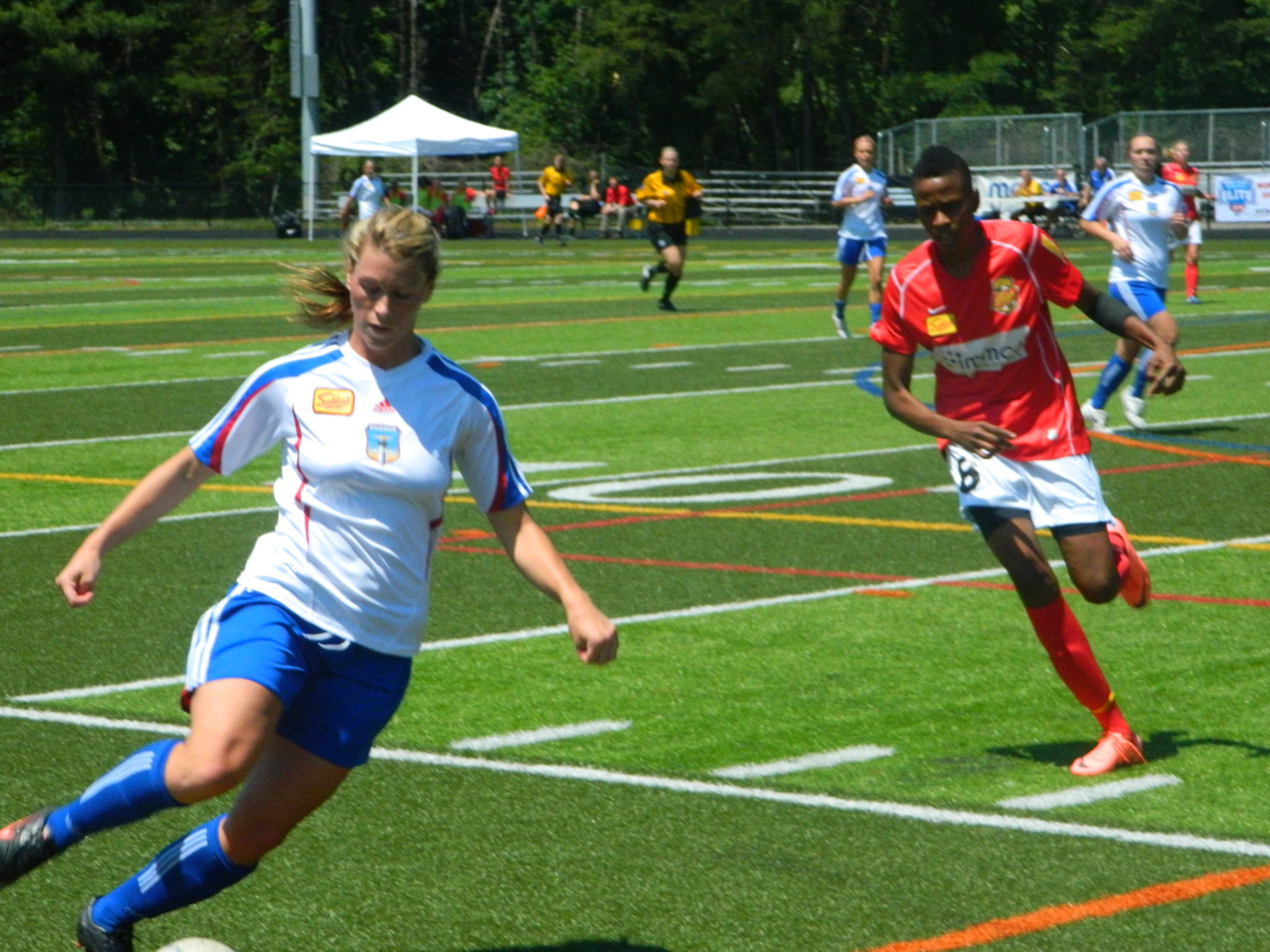 The Western New York Flash defeated the ASA Chesapeake Charge 2-0 on Saturday. Adriana provided the offense for the Flash, striking late in the first half and then again in the final few minutes of the match.

The Flash controlled possession throughout much of the first half, but thanks to the Charge goalkeeper Lyndse Hokanson, did not score until the 42nd minute. Despite conceding two goals, Hokanson had a solid performance. Hokanson recorded a number of impressive saves including a nice punch save on a powerful shot in the 31st minute.

The Flash crushed the Charge’s efforts to equalize and earn a tie when the Adriana extended the Flash’s lead to two on a penalty kick in the 88th minute. The penalty kick was awarded after a Charge player was called for a handball inside the box.

The match proved to be a physical one, with plenty of fouls committed by both teams. The Flash’s Adriana, Omolyn Davis and the Charge’s Alexis Prior-Brown all took especially hard knocks during the course of the afternoon. Luckily, no serious injuries were sustained and all three were able to continue.

Hokanson was happy with her team’s performance.

“As a unit we played really well today. We were able to keep the ball the best we have all season,” she said.

Hokanson felt that it was their best game of the season and she was excited to try build upon it during the remainder of the season.

“We made it harder on ourselves than it needed to be,” Zerboni said. “We could have came out a little stronger and played a little more together as a unit and we would have made it easier on ourselves, but regardless we got the (three) points.”

Both teams have little time to recover from yesterday’s match, as both have games on Sunday. The Flash continue their road trip and will face the Philadelphia Fever at 7:30 p.m. ET. The Charge will face the New York Fury at 4:00 p.m. ET.