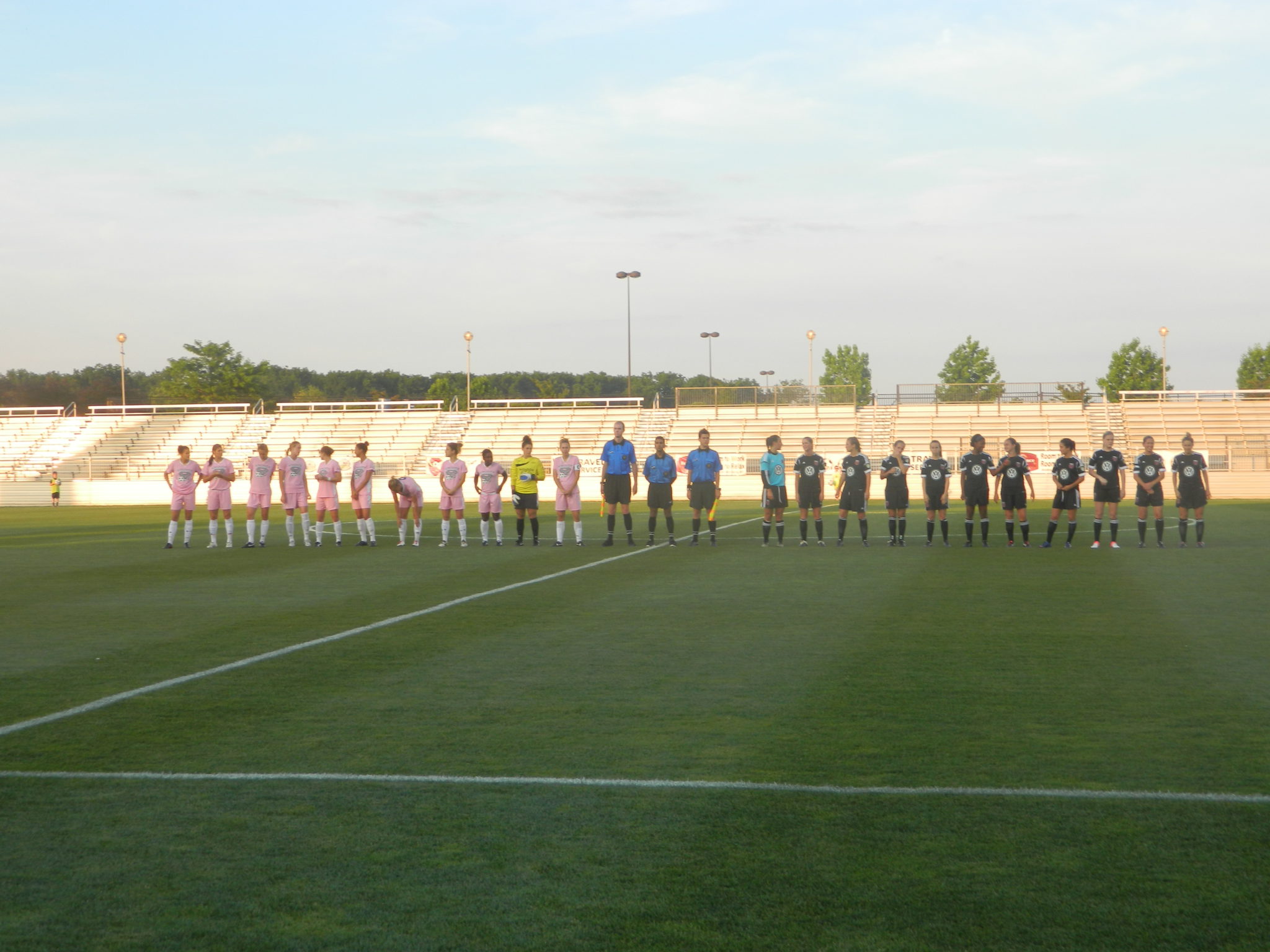 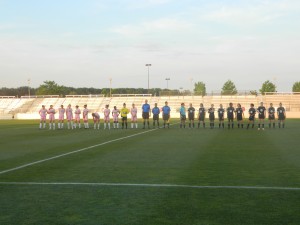 The 63rd minute strike by Lenczyk was largely the result of Jasmyne Spencer’s effort. Spencer, who played her collegiate soccer nearby at the University of Maryland, sprinted down the left side of the pitch, beat two D.C. United defenders and then laid the ball in front of net where Lenczyk was waiting.

“Spencer pretty much did all the work and passed me the ball and I tapped it in,” Lenczyk said.

As the lone goal indicates, Friday night’s friendly was a defensive struggle. The SuperGroup recorded twice as many shots as D.C. United, recording 13 to D.C. United’s 6. D.C. United’s offense struggled throughout the night and only managed to get one shot on target.

The SuperGroup dominated possession especially early in the match, however many of their offensive chances were relatively tame and were either off the mark or easily handled by D.C. United’s keeper, Danielle DeLisle. The SuperGroup’s offense in the first half was also hampered by offsides calls, including three on Spencer.

D.C. United’s best chance of the half came in the 34th minute off a corner kick but fortunately for the SuperGroup Lianne Sanderson’s shot went just over the net.

The SuperGroup’s offensive chances in the second half proved more formidable. A few minutes before Lencyzk’s tie-breaking goal, the team managed back-to-back headers that both pinged off the crossbar. Spencer headed the first ball off the crossbar. The rebound off Spencer’s header came to Claire Zimmeck, who then also headed the ball towards goal.

Another excellent chance for the SuperGroup came in the 73rd minute. Fortunately for D.C. United, Diana Weigel was able to head a dangerous shot away from goal just before it crossed the line.

Despite D.C. United’s push in the final 10 minutes of play, they were unable to find an equalizer. In the 86th minute, Sanderson played a nice ball forward to Mikaela Howell but it was just out of reach. The SuperGroup was able to clear the ball and thwart D.C. United’s attack.

D.C. United was also awarded two corner kicks in the last five minutes, both taken by Caitlin Miskel. D.C. United was unable to capitalize on either of the opportunities. Thus, the game ended with the SuperGroup on top 1-0.

After the game, D.C. United Head Coach Mike Jorden stated that it will make his team better moving forward.

“They were a very talented, quick, athletic side,” Jorden said after the game. Jorden also felt the result was fair admitting that the SuperGroup “definitely deserved to win.”

“Quality of football tonight was good for both teams.” SuperGroup head coach Paul Riley commented after the game.
Paul Riley called his SuperGroup “the Harlem Globetrotters of Women’s Soccer.” He stated that his goal for the SuperGroup is to keep top players in the sport and give them the opportunity to play quality opponents like D.C. United.

Both teams took advantage of the unlimited substitutions, especially in the second half. The ability to make unlimited substitutions was important for both teams as they both have little time between Friday’s friendly and their next league game. D.C. United will visit the Northern Virginia Majestics Saturday night. Most of the SuperGroup roster will play Sunday for the New York Fury as the Fury take on Chesapeake Charge.

No W-League-WPSL Elite League Super Cup on tap, but we can dream
Silverbacks down Tampa 5-0