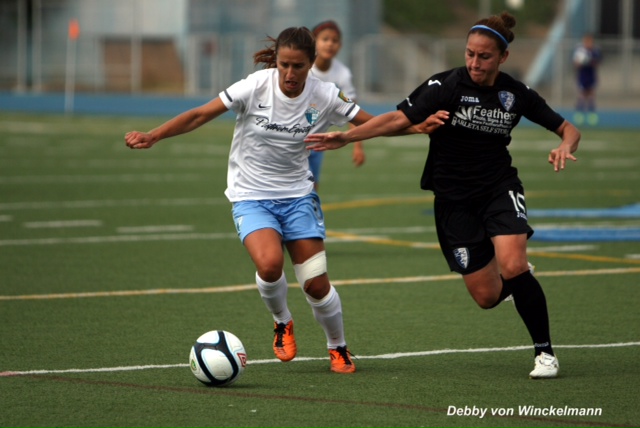 Last week we kicked-0ff this little debate on women’s soccer called ‘power rankings,’ a phrase I despise and love at the same time. The Chicago Red Stars (WPSL Elite League) topped the list after a big win over the Boston Breakers (despite my hesitation, I was out-voted by our other two voters at All White Kit and SportsMyriad).

This week, the W-League’s Pali Blues got the nod as our top team after continuing to absolutely steamroll competition. There are still a host of unbeaten teams in our Top 12. Feel free to debate and let us know what you think:

3. Boston Breakers (6-1-0, WPSL Elite; LW: 2) – roster
Got back into action late Sunday with 1-0 squeaker at Philadelphia. Aussie Kyah Simon had the lone goal.

Beach Futbol Club (1-1-0 WPSL Pacific South) – roster
Lost 2-0 at home to San Diego. Too much talent to drop all the way out.

Hamilton FC Rage (3-1-1, W-League Central) – roster
Had the weekend off after 2-0 win Wednesday at Rochester Ravens.