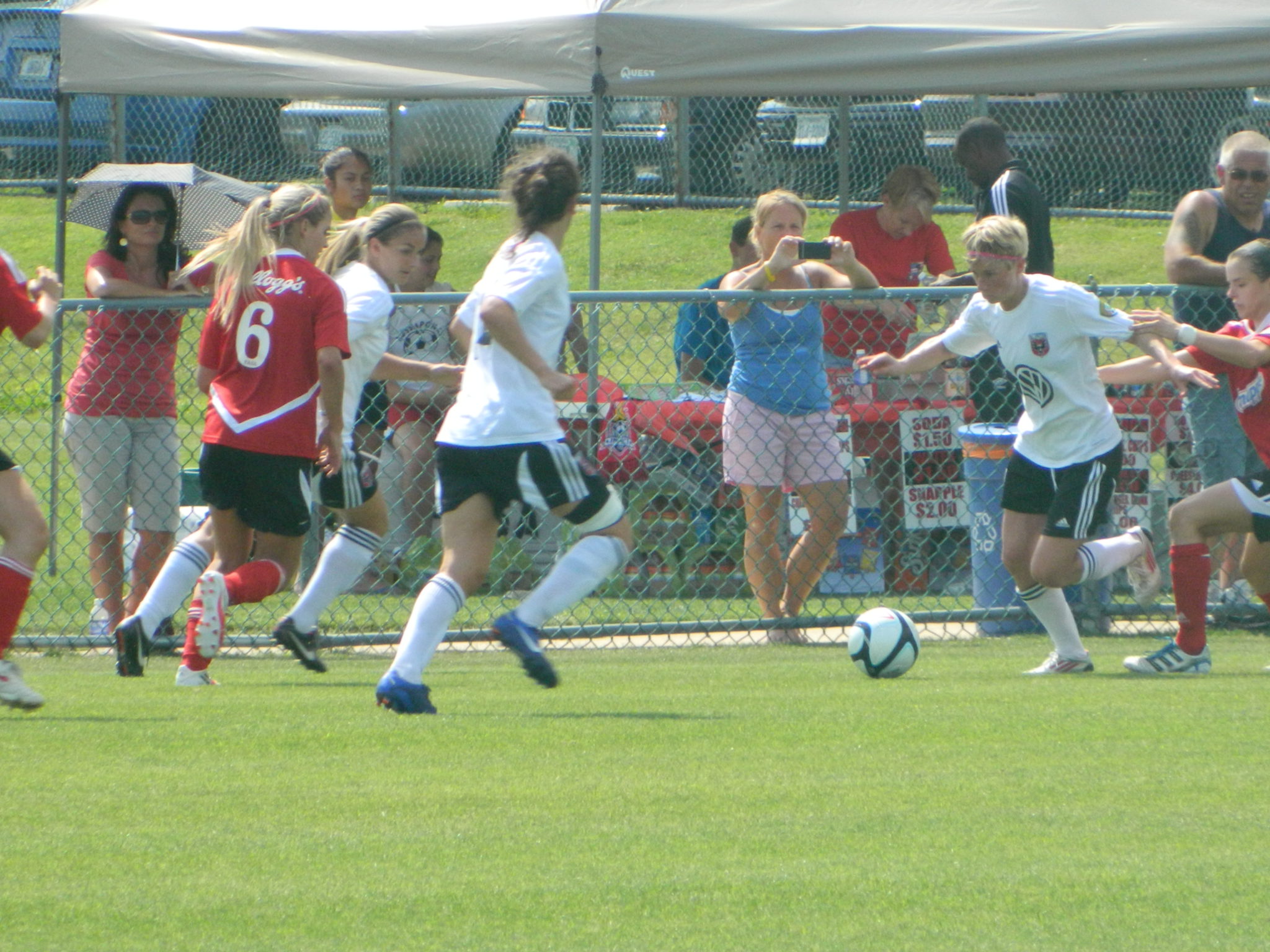 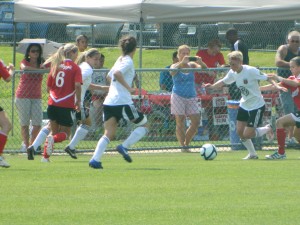 Rising high school senior Ashley Herndon scored the first goal of the match for D.C. United in the 13th minute off a ball from Howell. The goal was Herndon’s first of the season.  Fredericksburg quickly evened the score six minutes later when Becca Wann headed in a cross by Missy Wycinsky.

The score remained tied until Carolyn Blank’s stoppage time strike at the end of the first half gave D.C. United the one goal edge.  Blank managed to intercept a pass from a Fredericksburg defender and then quickly fired a shot well beyond the reach of the Impact’s keeper Karen Blocker.

Howell added the eventual game-winner in the 59th minute.  Lianne Sanderson had the ball at midfield and after she attracted a couple of defenders, Sanderson played the ball forward to Howell, who juked a defender and then put the ball in the back of the net. Sanderson’s speed posed a problem for Fredericksburg’s defenders throughout the match, and helped create space for her teammates, including Howell.

After the game, Howell admitted her goal wasn’t her prettiest.

“I’d hate to see the technique on film,” she said. It was a bit of a scoop, but I got it in the top left corner so I’ll take it.”

Unfortunately for Fredericksburg, they were unable to create any serious chances to equalize the score in the time remaining. D.C. United was able to maintain possession for much of the last 20 minutes and effectively run out the clock. Thus, D.C. United earned the crucial three points and maintained sole possession of first place in the Atlantic Division.

Both teams were affected by the heat. The game time temperature was 90 degrees, which was in sharp contrast to the mid 70’s the area experienced through much of week.

After the game Impact head coach Jen Woodie said her team “…just looked tired today. We looked like we played last night. We were missing a little energy.”  D.C. United Head Coach Mike Jorden also felt that the heat played a factor in the match.

D.C. United had numerous chances throughout the game to extend their lead, but failed to convert.  Notably, in 40th minute of the match D.C. United was awarded a free kick after Howell was fouled just outside the box. But Fredericksburg’s ensuing kick was fairly tame and was handled by Blocker.  D.C. United also managed a couple of headers that went just wide of the goal.

After the game, Howell commented on D.C. United’s failure to capitalize on their chances, saying her team “probably made it a little bit harder than we should have than if we’d finished our chances.”

“We just need to be a little bit more clinical in the area… I think we could have won by around five goals,” she said.

Next weekend, D.C. United will host Paul Riley’s Women’s Professional SuperGroup on Friday and then travel to face the Northern Virginia Majestics Saturday. Fredericksburg Impact will play the Virginia Beach Piranhas on Saturday in Virginia Beach.