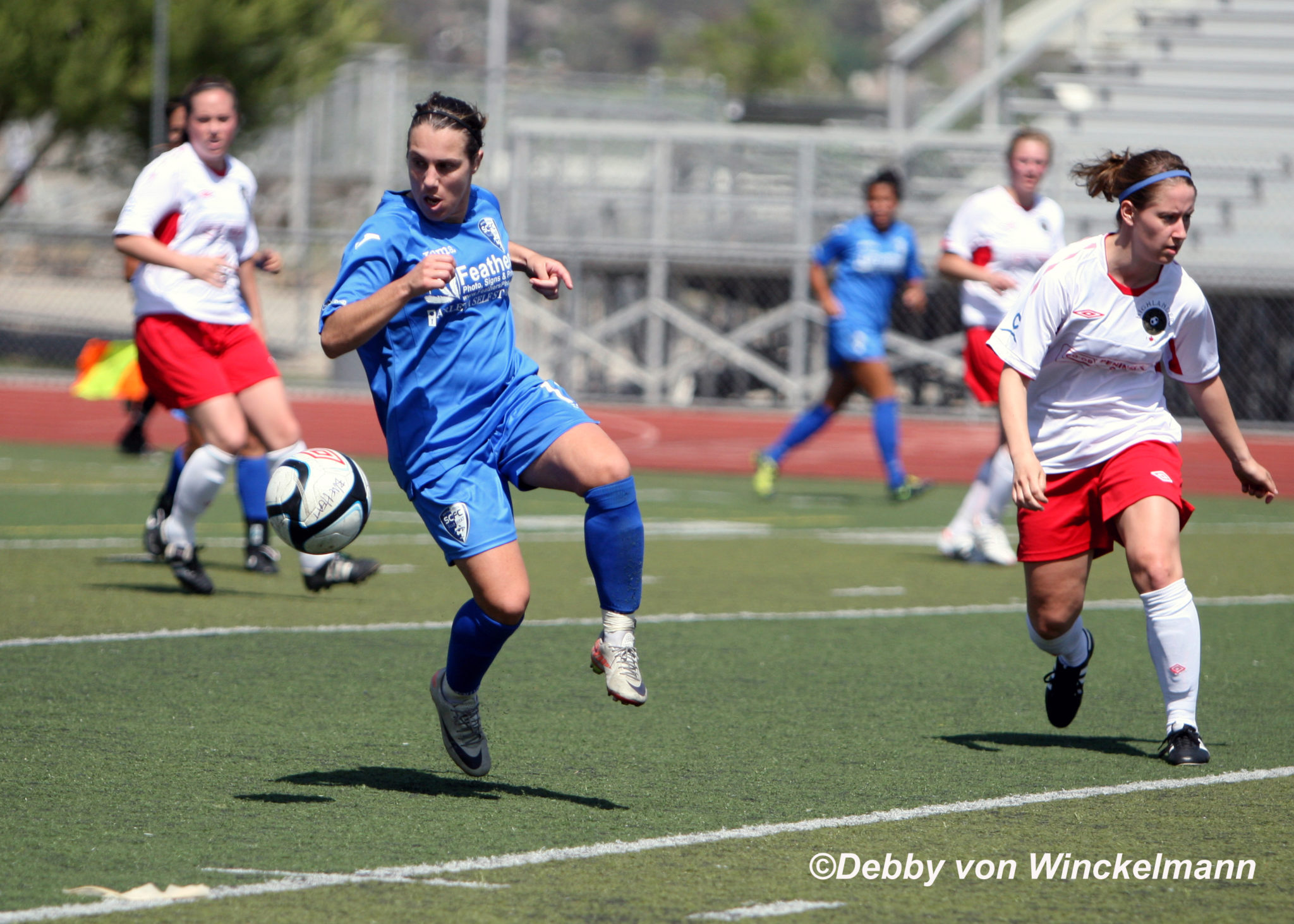 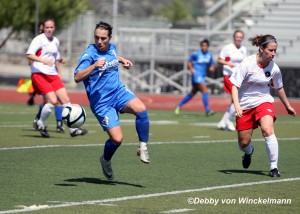 The combination of the Santa Clarita Blue Heat and the 80-degree temperature proved to be too much for the Victoria Highlanders as the Blue Heat defeated their visitors 6-0 on Sunday at Valencia High School.

Six different players scored for the Blue Heat (2-2), showing off their depth, but their head coach Charles Martinez said it wasn’t their best performance.

“As a team, I don’t think we were sharp today,” Martinez said. “But, individually we were creating a lot of things. That’s maybe the reason why we had goals from different players. We were a little bit unorganized today and I don’t feel like we were compact. We were giving the other team a lot of space and they had a chance to control the ball sometimes and dictate the game a little bit sometimes.”

It didn’t take long for the Blue Heat to get on the scoreboard, with forward Rachel Nuzzolese starting things off in the 4th minute with a header off a corner kick by Taryne Boudreau.

“Normally, I don’t really score in the air, so to do that felt great,” Nuzzolese said. “I was excited to score today.”

Ana Borgess doubled the score in the 6th minute, chipping the ball over Victoria goalkeeper Stephanie Parker for the 2-0 lead, with Boudreau again assisting. Laura Luis added another goal in the 14th minute with an assist by Nuzzolese.

Then the game slowed down and Victoria (1-8) held tight for the next 54 minutes.

“We gave them too much respect,” said Victoria head coach Dave Dew. “They got a 4-5-1 (formation) the first 14 minutes and they scored three goals. We switched to a 4-4-2 and we were fine. Then we just wilted in the heat and the three games in five days with only four subs – the kids were legless in the end and we gave up the three goals.”

Those last three goals came as quickly as the first three.

Edite Fernandes was fouled in the box and converted the penalty kick in the 68th minute. Nadia Link scored just one minute later for the 5-0 lead and Stacey Rodwell capped the scoring in the 72nd minute, just a few minutes after she came off the bench.

The Blue Heat out-shot Victoria 15 to 3. And, while Santa Clarita’s offense was on display, their defense was equally impressive, limiting chances for the Highlanders.

“They’re very strong together and they’re very close,” Nuzzolese said. “They have a lot of familiarity – they practice a lot with that group and don’t break apart or mix it. So they’re solid, which is great.”

For the Highlanders, it has been a disappointing road trip. After starting out the season with a 3-2 win against the Vancouver Whitecaps, Victoria has now lost eight straight games.

“You just have to stay on the positive,” Dew said. “I keep explaining to them that it’s only the second year and we don’t bring in players from Portugal, for instance, or the U.S. national team, or the Canadian national team, for that matter. And, as I keep telling the owners, we have to if we are going to be competitive in this league.”

Santa Clarita travels to Colorado for its next two games, facing the Rapids on June 14 at 5 pm PT and the Rush at 6 pm PT on June 16.