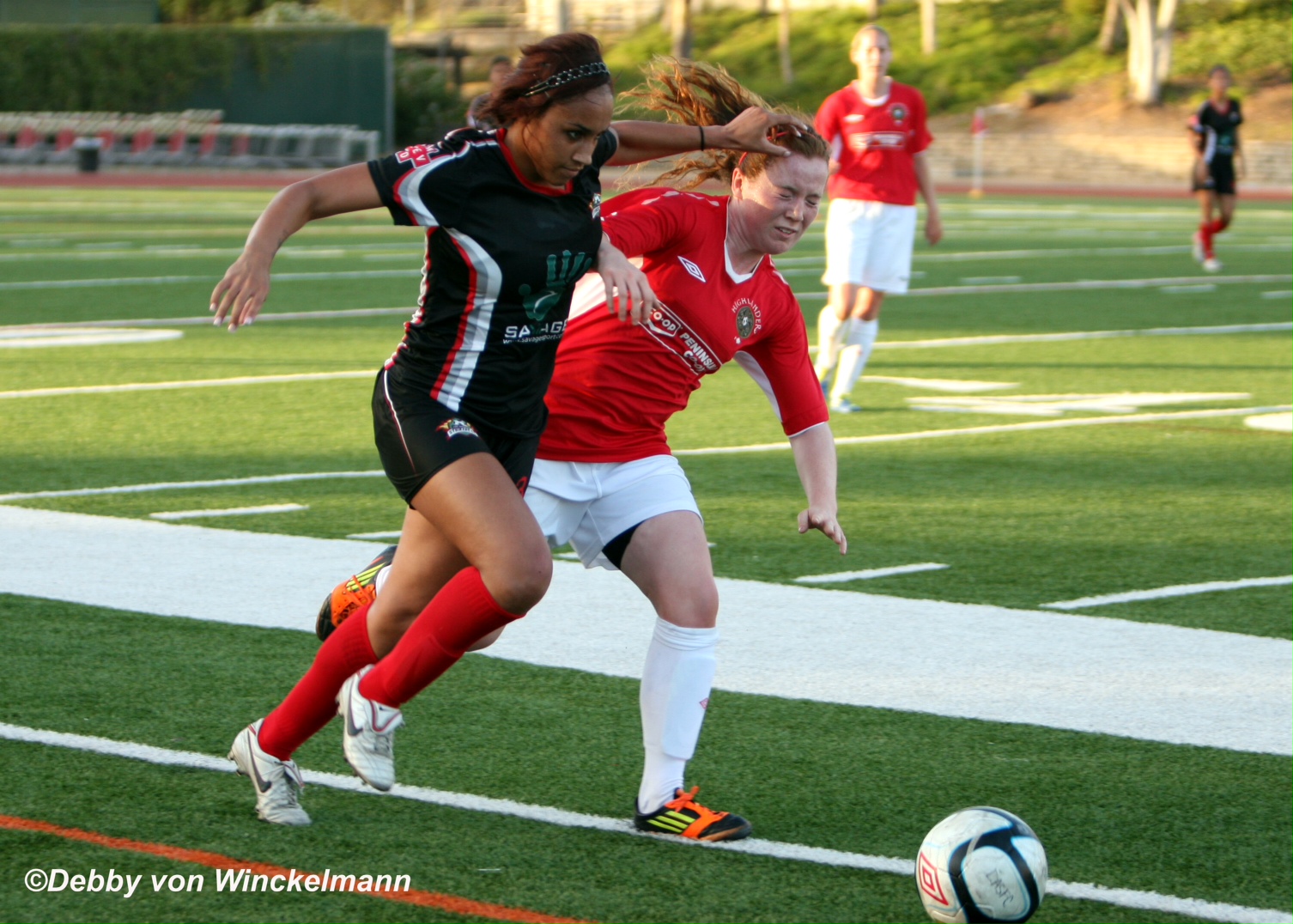 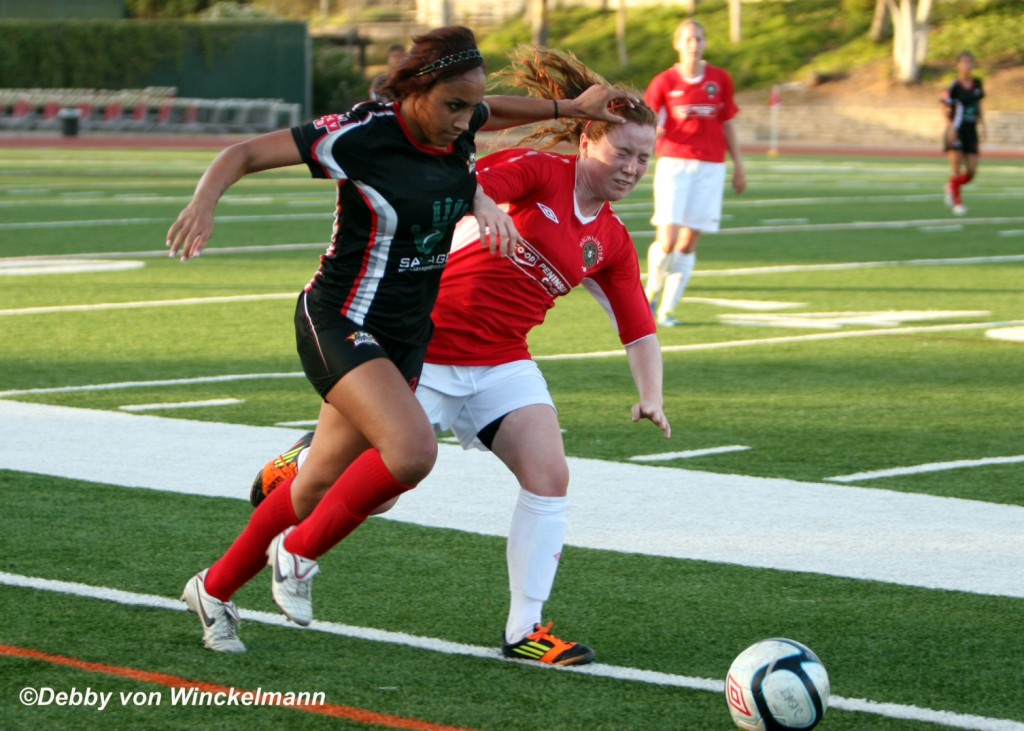 After some close games and a disappointing start to the season, the LA Strikers earned their first win of 2012, defeating the Victoria Highlanders 3-0 at Occidental College on Friday night.

“She’s actually like a huge, huge deal,” Johnson said.  “She gives us all a boost of confidence and she makes everyone look better on the field. She sets the tone. When you see her, you want to work hard just like she does.”

Johnson knows something about working hard. She has been an aggressive attacker and up until the second half of Friday’s game, Johnson was the only goal-scorer on the Strikers. True to form, she started her team’s scoring in the 23rd minute, netting her third of the season for the 1-0 lead, off a pass from Hannah Beard.

Strikers’ team captain and central defender Vanessa Valentine added a goal in the 71st minute, off a corner kick from Munoz, to extend the lead to 2-0.

The third and final goal came from a penalty kick by Zakiya Bywaters, who is another recent addition to the Strikers’ roster.

“I’m really disappointed we gave away the two goals at the end,” said Victoria’s head coach Dave Dew.  “The corner – soft goal – rolled right through four players. You can’t give up those kinds of goals.”

Dew said that at the halftime break with his team trailing 1-0, the Highlanders decided to go hard after the win and changes made to accomplish that could have been a contributing factor to the loss.

“We just talked at halftime and we knew we were struggling and do we want to just go for it, and see if we can try to tie the game or win the game,” Dew said.  “We all agreed as a group to go after it and we knew we would give some things up in the back if we did that. I think that caused us some problems.”

Victoria also had some opportunities throughout the game, but couldn’t find the net.

“Well, we had our chances, we just didn’t finish them, basically,” Hansen said. “It could have been in the net about four times, but it wasn’t. You can’t win if you don’t put it in the net.”

While the Highlanders drop to 1-7, the Strikers improve to 1-3.

Johnson said her team will use this win to move forward.

“I think we will do fine, just as long as we keep the same mentality as we had tonight, because we know we can play to anyone’s level,” Johnson said. “We just have to start off strong instead of waiting until the other team kicks our butt.”

The Strikers’ next game will be in Vancouver, taking on the Whitecaps at 10:30 p.m. ET on Wednesday, June 13.