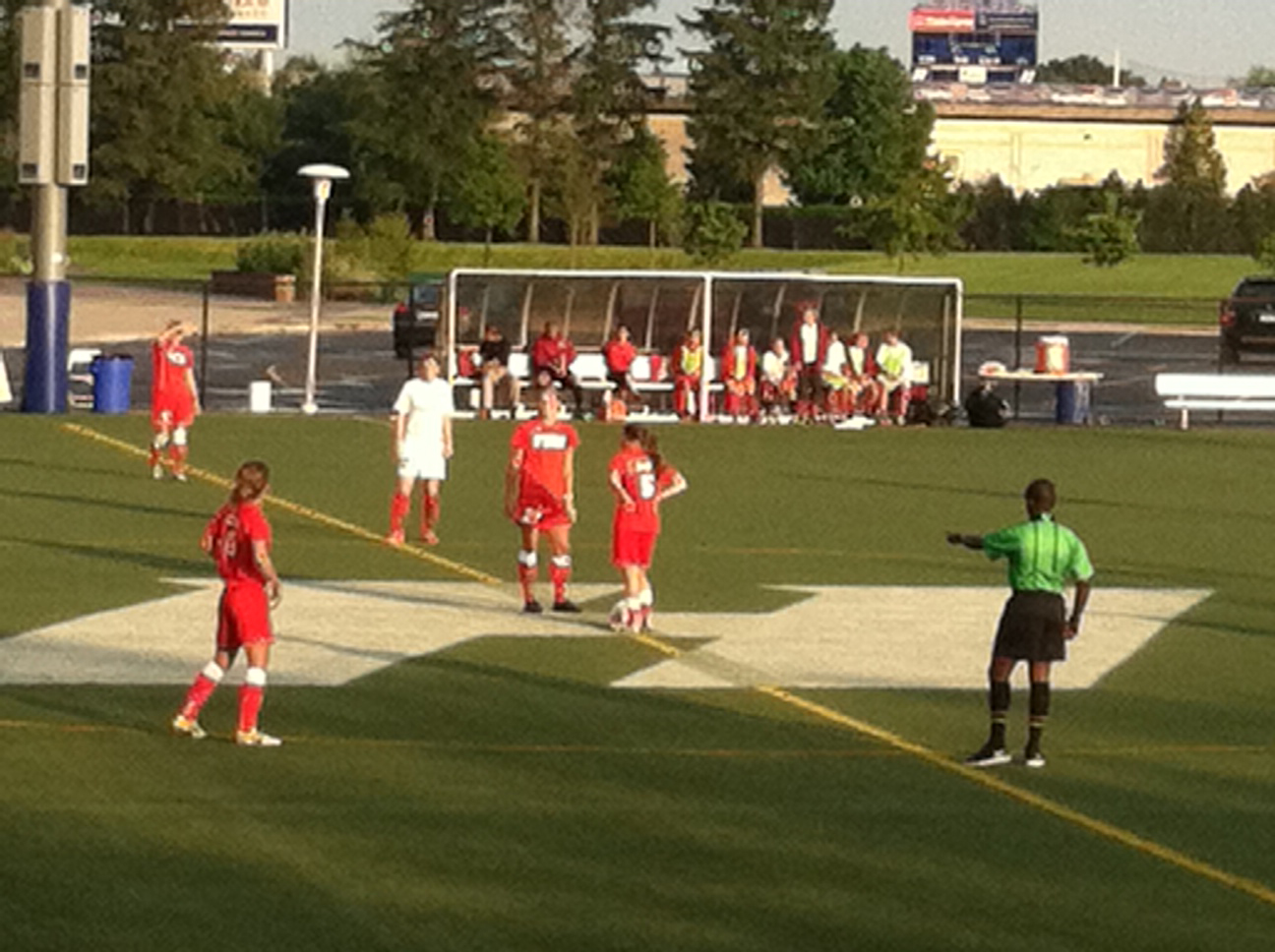 The New York Fury and Western New York Flash spent 90 minutes in search of a goal that never came in a scoreless draw at Hofstra University.  The result left the Flash (1-2-1, 4 points) winless in three matches against the so-called first flight of WPSL Elite, but it was Fury (3-1-1, 10 points) coach Paul Riley who tore into his team after a match when both teams struggled in the offensive third.

“I actually told the players at halftime they were giving forks out to the crowd to keep themselves awake,” Riley said.  “It was that bad in the first half.  We just need more.  We’ve got to be better.”

Riley has been looking to make improvements at the striker position.  Short of bringing in new blood he moved Meghan Lenczyk to play next to Merritt Mathias, taking Jasmyne Spencer out of the first eleven.  Tina DiMartino and Spencer later saw time up top but the Fury rarely came close to denting the scoreboard.

At 80 minutes of fiddling with the front line, Riley “gave up the fiddle and said we’ll take the point.”

“I didn’t think we were ever going to score unless they gave us one.”

In truth the Fury had one golden chance on either side of halftime.  Late in the first Brittany Taylor set up Kim Yokers for a clear look at an open left side of the net but Yokers rolled the shot just wide.  Shortly after the break Yokers found Lenczyk in front of the goal, but Flash keeper Ali Lipsher came out close the space Lenczyk fired high from eight yards out.

The late bunker tactics nearly cost the Fury that point.  A 90th minute Flash corner kick produced the best chances of the night.  McCall Zerboni’s corner found Toni Presley’s head but her well-taken shot was blocked in front.  The ball went back to Zerboni and she let loose a looping shot towards the far post.  Fury keeper Michelle Betos leaped and just managed to deflect it away off the crossbar.

“We just have to keep plugging away and there will come a point when those will end up in the back of the net,” Flash coach Aaran Lines said.  “We just have to stay positive and continue to work every day in training.

On the other side Meghan Klingenberg was the best player for the Flash in her first and possibly last game with the Flash.  The speedy midfielder (she spent much of Saturday night playing in an outside forward spot) is an alternate on the U.S. Olympic team.  She leaves for Sweden on Tuesday.

“Getting out here with the girls and playing at a high level has been incredible,” Klingenberg said.  “It’s really been a good environment to come back to after national team camp.”

The Flash also got a top-drawer performance from the back line, particularly center backs Nikki Marshall and Kim Brandao.

“Very happy,” Lines said of his defensive unit.  “First clean sheet of the season against a really well organized opponent.  Paul’s always got a trick or two up his sleeve so it’s nice to come out and have the back four get that clean sheet.  It’s something we worked on this week after conceding three goals in Boston.”

Brandao’s night ended a few minutes early when she came off with what appeared to be an ankle injury.  She was replaced by Pressley.

“I don’t know what it is, but neither team had much edge to them going forward,” Riley said.  “I thought they were much better than is in midfield.”

The Flash return to action Saturday night at home against the New England Mutiny.  The Fury embark on their Midwest trip with matches at Chicago on Friday and FC Indiana on Sunday.