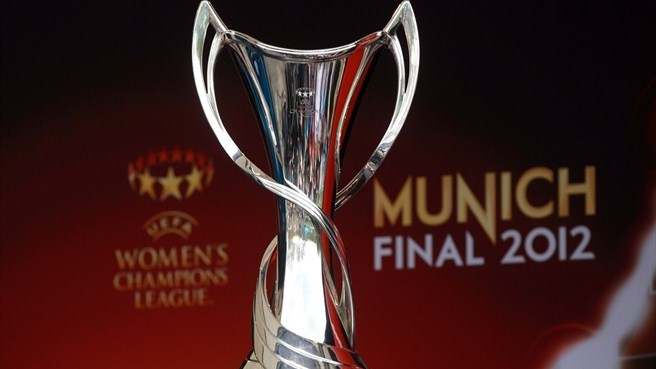 Thursday was the final before the final. FC Bayern München battles Chelsea FC in Munich (talk about home field advantage) on Saturday in the UEFA Champions League final, but first the women had a title of their own to be decided.

Olympique Lyonnais – better known as Lyon – cruised to its second-straight UEFA Women’s Champions League title on Thursday, defeating 1. FFC Frankfurt 2-0. Eugénie Le Sommer struck what would eventually become the game-winner from the penalty spot in the 15th minute and her French international teammate, Camille Abily, scored a second for the queen’s of Europe in the 28th minute on a half-volley.

The crowd of 50,212 fans who turned up to Olympiastadion in Munich set a new European women’s club match record. Clearly, as the world learned from last year’s World Cup, Germany cares about women’s soccer.

Lyon’s success is surely indicative of the sudden surge over the last year of the French national team. France should be taken as legitimate podium contenders at the Olympics this summer and the notion of France being a gold medal contender should not be scoffed at. Nine of Lyon’s 11 starters in the final were French. Watch out, world; France is coming.

And watch out Europe. Lyon looks to be a legitimate super power in women’s club football.