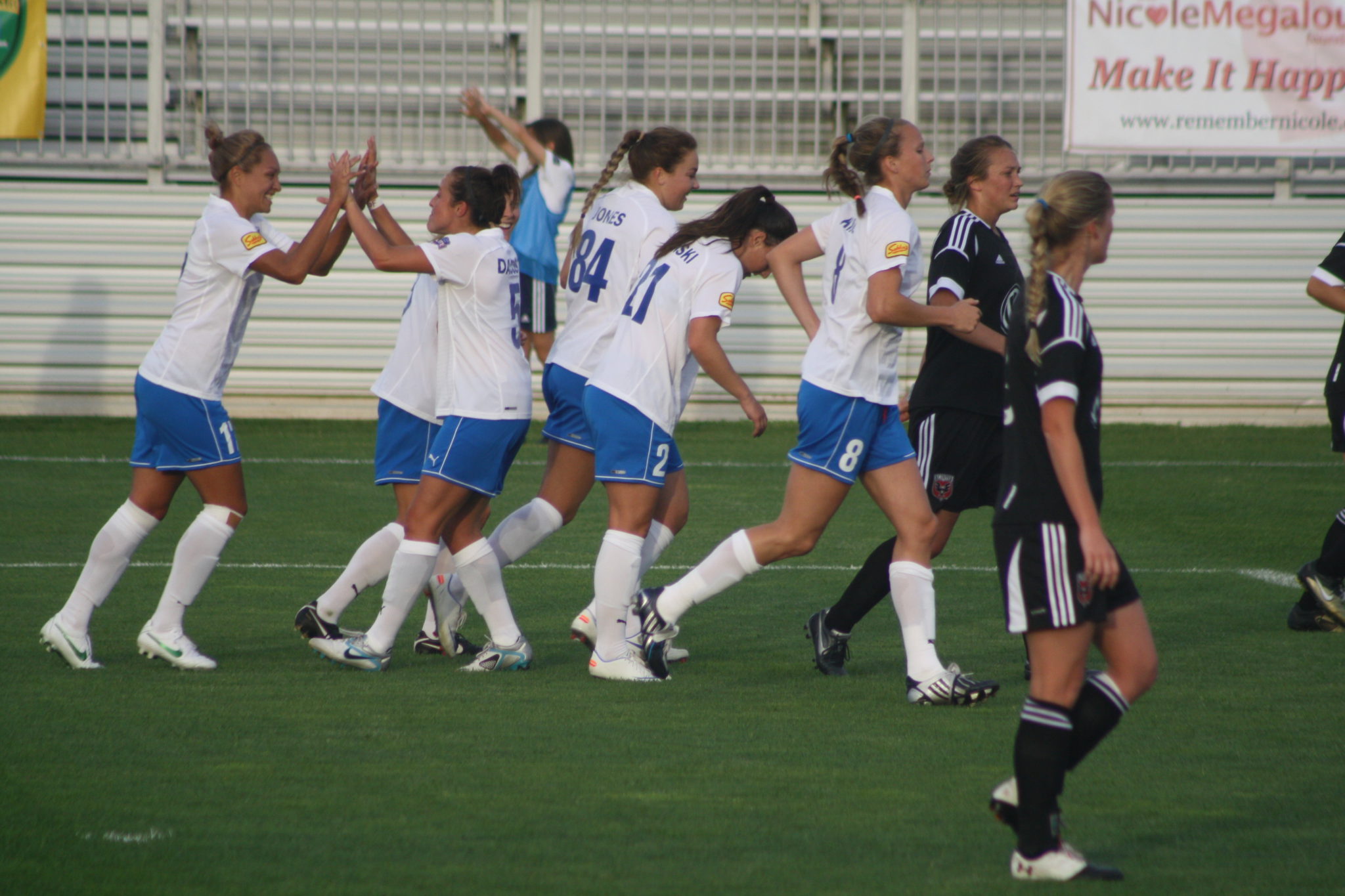 Simon had an impressive debut for Boston, keeping D.C. United’s defense busy all night. Simon managed a total of seven shots, five of which were on target.

Boston controlled the ball throughout much of the match. D.C. United did produce some goal scoring opportunities after new arrivals Joanna Lohman and Lianne Sanderson entered the match in the 25th minute.

D.C. United’s best chance of the game came in the 31st minute. Boston’s Amanda DaCosta headed a dangerous ball away from goal on the line. The second chance shot by Lohman was then handled by goalkeeper Alice Binns. Moments before the corner, what appeared to be some miscommunication between Elli Reed and Binns nearly resulted in an own goal by the Breakers.

A solid performance by D.C. United’s keeper Didi Haracic kept D.C. United in the game. Haracic recorded a total of seven saves. Perhaps the most impressive came on a long ball by Simon. Haracic jumped and managed to get enough on the ball to send it over the crossbar. Haracic also managed to snuff out a breakaway by Simon in the 61st minute. She dove on the ball and denied Simon the opportunity to get a shot off.

Saturday night’s match marked both Boston’s Cat Whitehill and D.C.’s Joanna Lohman return to the SoccerPlex as they were members of the Washington Freedom in 2009. Both expressed excitement to be playing at the SoccerPlex again.

“It was fun to be back here…a lot of good memories here, a lot of awesome fans,” Whitehill said.

After the game, acting head coach Cindi Harkes expressed excitement about D.C. United’s progress this year despite the result Saturday night. She feels that the team is much further along in its progression that it was this time last year.

“We were meeting each other on the bus last year right before the first game… we’ve had a nice three weeks to train and work on fitness,” Harkes said.

Boston head coach Lisa Cole noted the backline’s improvement from Thursday night’s game against the ASA Chesapeake Charge. She commented that it was a “great game for us overall…our play was solid and we kept the ball in front of us.”

D.C. United will hope for another quality performance from Didi Haracic next Saturday at 7 p.m. as the team enters league play in the W-League Atlantic Division against the Virginia Beach Pirhanas at the SoccerPlex. Meanwhile, the Breakers will look to build upon their successful road trip next Friday, when they play their home opener against F.C. Indiana in WPSL Elite League play.