With Naimo back in charge, Pali aims for third title 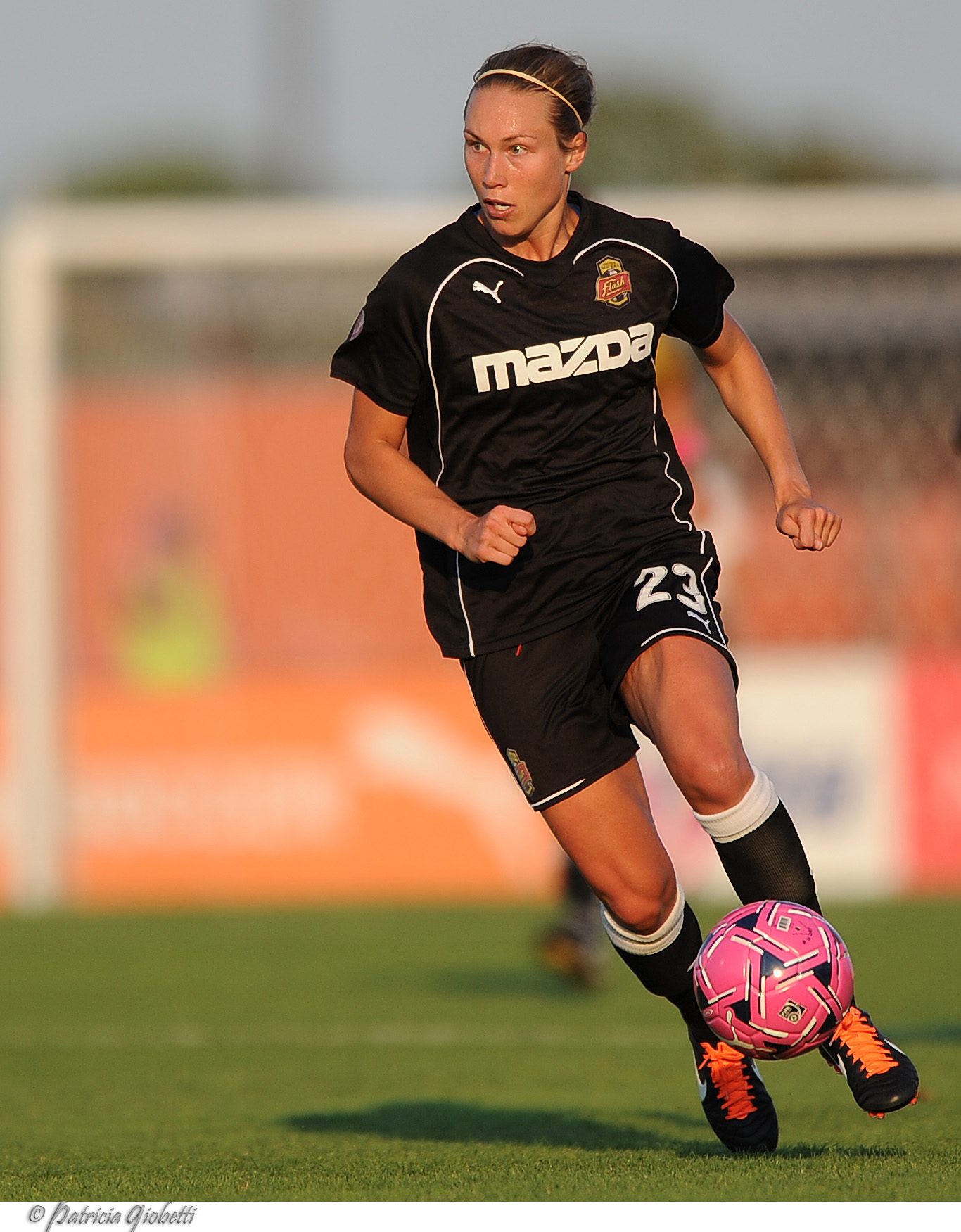 The Pali Blues are aiming for a third W-League championship this year and they have Charlie Naimo back at the helm to increase their chances of success.

Naimo, who coached the Pali Blues to back-to-back W-League championships in 2008 and 2009, took last season off to concentrate on the inaugural season of the LA Blues in the USL Pro League. Pali missed the playoffs last year, finishing the season with a 7-1-6 record.

“Last year’s squad was decent, but didn’t have enough depth and didn’t play with enough urgency,” Naimo said. “Some of the girls were disappointed in the team last year – with the standards that were put in place… I had no other choice but to jump back in and erase that thought and try once again to put together not just a great team, but one that’s going to come with professional expectations in day-in and day-out standards. ”

With a well-earned reputation for recognizing and developing talent on the pitch, and having contributed to the careers of close to 30 women who have come through Pali and gone on to play professionally, Naimo said he believes he has assembled the talent necessary to bring the W-League championship back to the Blues.

This year’s roster looks to have so much depth and quality, in fact, that it may actually present Naimo with the problem of not being able to give players enough minutes to keep them happy.

“I don’t know what we’ll see as far as who will play where,” Naimo said. “But, I know on a given day that we will have not just  11 good starters, but I’ll be able to go to a bench that could completely turn a game on its head. “

Naimo said that while recruiting was initially nearly finished in March, the announcement that WPS had suspended play gave him a whole new set of opportunities to gain players.

“I’m really excited about this team because there are players that I wasn’t expecting to have again at this level,” Naimo said.

Whitney Engen, the 2011 WPS Defender of the Year from the Western New York Flash and winner of three NCAA championships at UNC, will join the Blues this season on her breaks from U.S. national team duty. Engen played for Pali’s 2009 championship team.

“Right now she is on the cusp of making the (national) team,” Naimo said. “I believe she is one of the best center backs in the world.”

Bogus, a forward, played for the Boston Breakers for the last two years after four seasons at Arizona State. She was a member of Pali’s 2008 championship team. Levin, a defender, just capped off her collegiate career at Stanford with an NCAA Championship and was drafted to Sky Blue FC in January. She also has U.S. Youth National Team experience, representing the USA at the U-18, U-20, and now the U-23 level. She has played for Pali for the past three years

Some of the newer college players include striker Ann Marie Tangorra from Cal State Fullerton, Taylor Lytle from Texas Tech, and Lynn Williams and Michelle Pao from Pepperdine.

“Tangora has WPS-quality written all over her,” Naimo said. “I’m super excited to have her for a season – she’s special.  She thinks the game in a different level.”

Lytle, a midfielder finished her collegiate career at Texas Tech last season as the career-leader in assists, with 27. She played in 72 matches and scored 14 goals. Lytle was selected to the U.S. U-23 camp in March and helped the team to win the Four Nations Tournament title in La Manga, Spain. She most recently joined Sky Blue FC on its trip to Japan.

Williams, a forward, was named West Coast Conference Freshman of the Year in 2011, after scoring six goals, along with 11 assists. Naimo cites her size, strength, and speed among her assets.

“She can play with her back to goal as good as any player I’ve seen in a long time,” Naimo said.

Pao is a versatile player who started every game for Pepperdine last season at outside right back. She can also score, netting two goals last season and assisting on five others.

Pali will return some key players, as well, including attacker Anisa Guajardo, who will join her Pepperdine teammates. Guajardo, a member of the Mexican National Team, led the Blues with four goals and three assists last season.

Picarelli is a member of the Italian National Team and a former Pepperdine standout, where she holds the record for the best goals against average, most goalkeeper wins, and most shutouts.

Andrews brings more international experience to Pali, as a former member of the Canadian national team where she played in the 2003 FIFA Women’s World Cup and later, won a bronze medal at the 2007 Pan-American Games.

Shaner played collegiately for Notre Dame, as well as US Youth National Teams. After breaking her leg in her first professional game for the Los Ageles Sol, Shaner joined the Pali Blues and now returns for her third season.

Despite having practiced just a few times, Shaner likes the talent she has seen on the field. And, having played one season with Naimo and one without, she is happy he is back.

“Not only does Charlie have so much passion and love for the game, but he also has a desire and a drive to want to make us better players – to push us to a level we may not be at,” Shaner said. “And, he will prepare some of the younger players for the professional level, for those that want to do that in their careers. He will also bring back a structure – I think that’s something that we kind of missed last year.”

Naimo will be challenged in the first two weeks of the season with four players (Levin, Lytle, Mariah Nogueira, Beth West) in U.S. U-23 camp, Engen in camp with the senior national team and several collegiate players from Stanford and Maryland that he said would not be available until June.

While he has recruited a wealth of talent, Naimo must now manage that talent – a task he believes is just as important as the recruitment.

“When you have a lot of great players, you’re going to have to deal with international call-ups, not just for your domestic players, but your internationals,” Naimo said.” If you don’t have a handle on it, it doesn’t matter who you have. “

The Pali Blues will begin their quest for that third championship on Sunday against the LA Strikers at Patterson Field on the campus of Occidental College. Kickoff is at 6 p.m. PT.