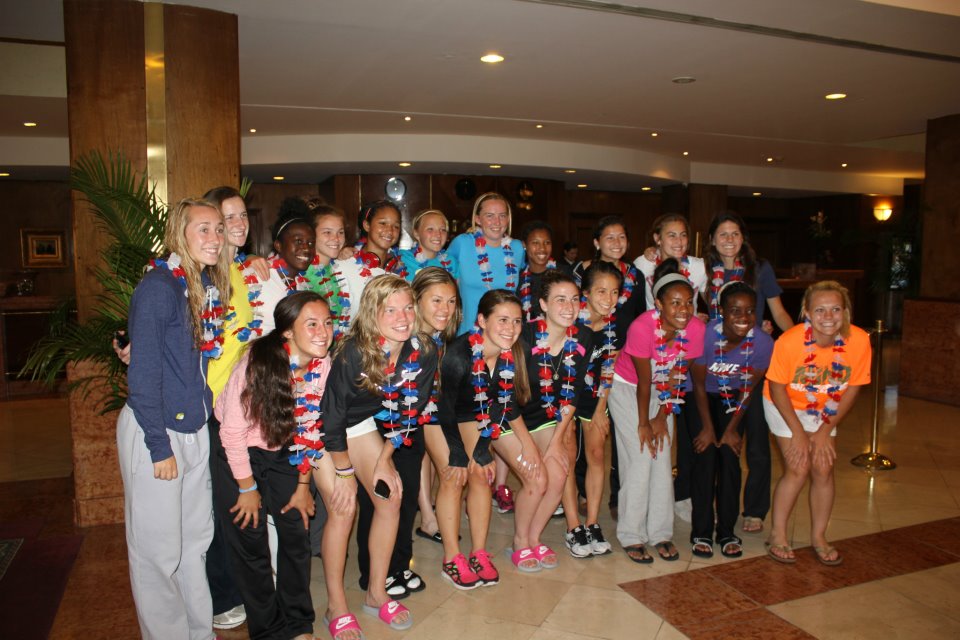 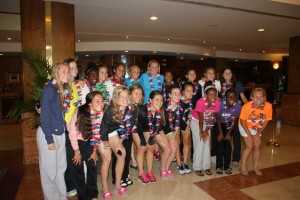 Morgan Andrews and the USWNT U-17, pictured above, qualified for the U-17 Women's World Cup on Thursday with a 7-0 victory over Panama.

Our first week here in Guatemala consisted of mostly two-a-day trainings. Every girl on the team not only pushed themselves to their limits but also their teammates. You may think I’m crazy, but for me, the best feeling in the world is when at the end of a session your legs burn to the point of where you can barely walk another step. You know, that feeling when you might just puke up everything in your stomach… Yea, I love that feeling because it means I gave that practice my all and I have no regrets.

Trust me; everyone on this team has felt that way once, if not more this week. Oh and those recovery shakes afterwards don’t exactly settle the problem. No matter how long the sessions are or what we are doing, the team always seems to make it competitive. Isn’t that what makes the game fun anyway? When we are playing 4 v 2 keep away in a small box, you better not be in the middle because on a good day (A.K.A your bad day) you may not ever get out.

Yes, everyone has had a day where they haven’t performed their best, resulting in a few more “knees-to-chest” than wanted, but everyone at the tournament has been doing what is needed from them.

Personally, the crossbar and I are a little too friendly this tournament. Whether it be our (calm) defensive line and keeper, handling every attack that comes their way with ease, or our aggressive attack that takes no prisoners when heading for the goal – or even our midfield that combines passes for the prettiest possession to drag the opposition out – everyone on the team is doing their job.

Although, I have to say that seeing two of my teammates sitting up in the stands each game is a hard sight to bear. I have been in that situation before. Certainly it does not feel good to be so far away from your team that you have been working with for years. They are fighting a battle that you wish you could be a part of, and yet the opportunity can be taken from you with a simple knock on your door and a “You’re not dressing tomorrow.” A player may not ever accept the fact that she wasn’t given the chance to impact a game. Among stress, pressure, and nerves, there are also the best emotions that you could ever feel.

When heading to our games, we are led and followed by two police pick-up trucks with officers on the bed (fully armed), and a motorcycle on either side of our bus. We ride through some of the poorest areas in Guatemala City. Seeing how some people live makes me wish I could help them, but it also makes me appreciate where I am from and how I live.

As we drive through the streets of the city, past the vendors and the eroding buildings built so close together, I caught a glimpse of about twelve kids running around in the street. We were driving so fast (civilians dodging cars as they try to cross the road), that I could only make out certain things. There were items of clothes scattered across the street. The children running around looked exhausted. And some kids looked to have been yelling for something. The last thing I saw before the next building was this small, round, white ball at one of the smaller boy’s foot.

The sight was gone as if it was just another picture on a slideshow, but it made me smile. Those twelve kids were playing street soccer. It didn’t matter that the field was perfect. In fact, their field was cobblestone. Their strewn about clothes outlined the field and represented the posts of the two goals. They were so out of breath because they were playing their hearts out for a game that had no qualifying purpose. And the kids were yelling, because they all wanted to touch the ball before daylight had burned out. I thought about those kids over and over again before my game against Panama in the semifinals. An emotion flowed through me that I had maybe felt before but never like that. I was proud to play the same game that those kids were playing.