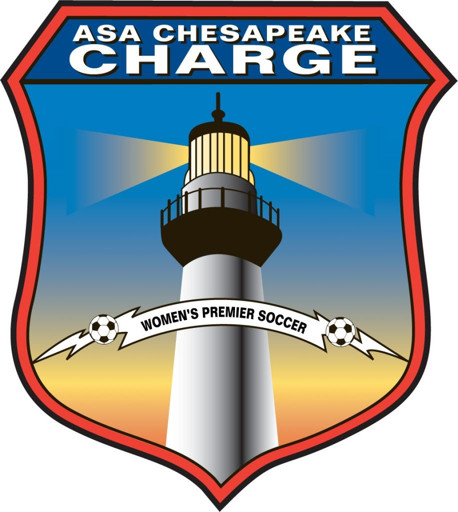 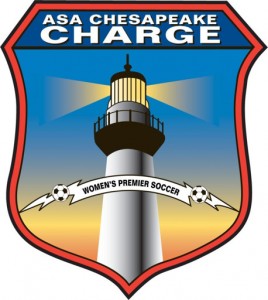 The ASA Chesapeake Charge open their 2012 campaign against the Boston Breakers on Thursday at 7:30 p.m. ET at Anne Arundel Community College.  The match-up is also the league opener for the much anticipated WPSL Elite League. Last season the Charge made it to the East Region finals of the WPSL playoffs before falling to the Boston Aztec. Making a playoff run this year may prove more difficult given team’s jump from the regular WPSL division to the newly formed WPSL Elite.

General Manager Pat Crawford is excited to be competing in the new division this year and believes his squad is up for the challenge. Crawford noted that to compete in the Elite League a team has to be multi-dimensional.

Last season the Charge relied heavily on its defense led by WPSL All-2nd teamer Jess Hnatiuk , while the team’s offensive production was lagging.  The Charge addressed this issue in the offseason by adding players who they hope will boost the team’s offensive numbers.  A key addition to address this issue is forward Laura Kane. Kane is an alumnus of West Virginia University and also a former member of United States U-23 team.

The Charge’s overall strategy for building its 2012 team can be summed up with one word: youth.  Head Coach Albert Oni built his squad around talented young players.  Most notably, rising Penn State senior Christine Nairn (USWNT/ US U-23) will join the squad after spending last summer with D.C. United Women.  Also on the roster are a trio of high school seniors who will continue their soccer careers at the University of Maryland next fall.  The trio consists of Riley Barger (USWNT U-18), Ashley Spivey (USWNT U-18) and Alexis Prior-Brown (Mercy HS/ Freestate), the latter of which scored the only goal in the Charge’s 1-0 preseason victory over the Maryland Capitols last Thursday.

While Oni admits that there are pros and cons to the team’s strategy, he believes that the youth of the squad will ultimately be one of its strengths.

“They’re naive, so there’s nothing for them to be afraid of,” he said.

Oni added that the squad is also more athletic than it has been in the past as a result of the decision to field a younger team.

When asked about facing the professional Boston Breakers in the opener assistant coach Dan Bulls expressed confidence in his squad.

“If they’re calm and play soccer the way they’re capable of – everyone on our team has loads of potential and are good players – we’ll be fine,” Bulls said.

It seems as though the Charge’s 2012 season may be yet another chapter in the age-old battle between youth and experience.  The first page of this chapter will be written Thursday night.

RELATED: Dan Lauletta breaks down what you need to know about the new WPSL Elite League.

Silverbacks look to get underdog monkey off backs
Amanda DaCosta Blog: Snapshots of your life