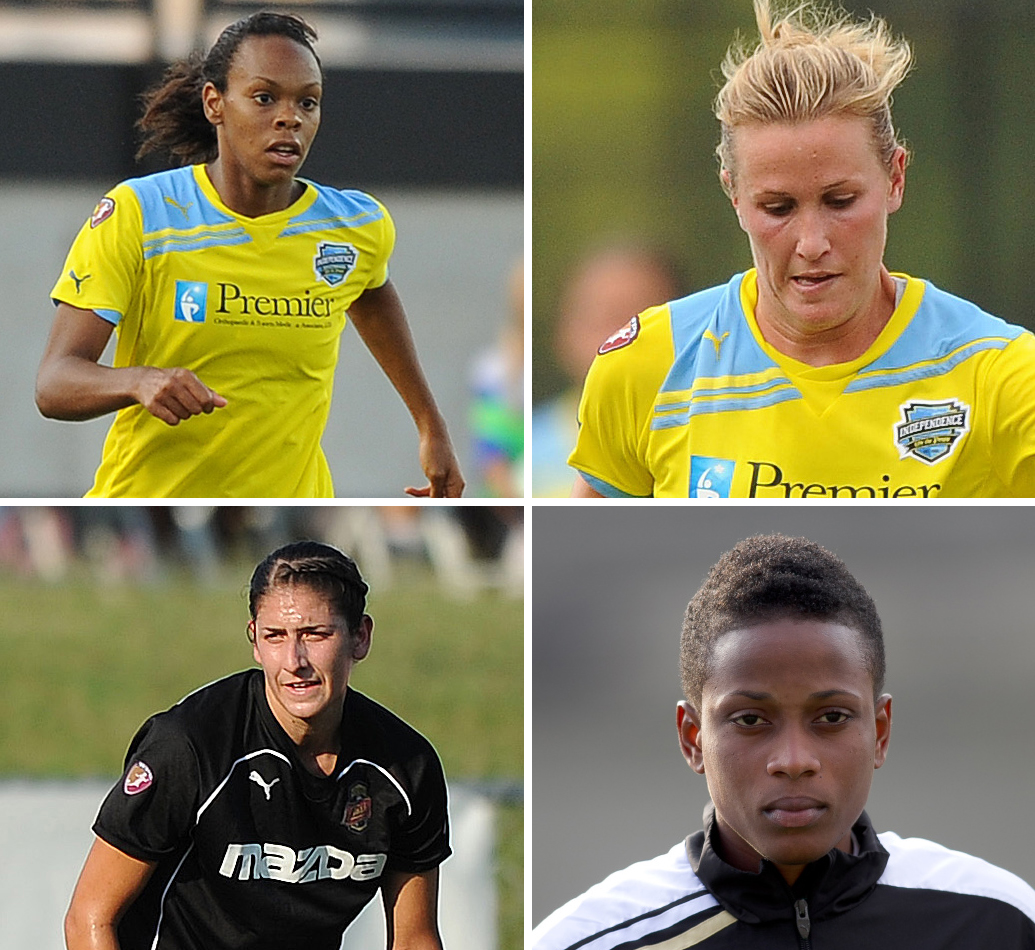 Russia is a special place.

That is the phrase that resonated around Kia McNeill and Leigh Ann Robinson during their two months with Russian powerhouse club Rossiyanka. The words still echo through their minds when they talk about their recent experiences halfway across the world.

Four former Women’s Professional Soccer (WPS) players ventured to Russia to play this spring, but all four have since returned, citing contract breaches and lack of professionalism.

The pair of former Philadelphia Independence defenders made the decision in mid-February to chase the professional dream and head to Russia for the spring following the unexpected suspension of WPS.

Rossiyanka’s home base of Krasnoarmeysk, 32 miles northeast of Moscow’s center, was not the ideal geographic setting for the Americans. But the appeal of a club working on a multi-million dollar budget with top-notch facilities and government financial backing is something out of a women’s soccer player’s fairytale.

That description is almost too good to be true. For these four former WPS players, it was.

Yael Averbuch joined McNeill and Robinson at Rossiyanka (the same Rossiyanka which decided to have its players wear bikinis during a match last year). Averbuch stayed for only three weeks in late February and early March as the team tried to advance in the UEFA Champions League, currently the most coveted women’s club championship in the world. Averbuch has  been capped 16 times by the U.S. but is not in the picture for the Olympics.

Jamaican international and former magicJack midfielder Omolyn Davis, also elected to give the Russian Premier League a try in the absence of WPS. She and former University of Portland star forward Danielle Foxhoven, who had been selected No. 17-overall in the 2012 WPS Draft by the Philadelphia Independence, joined Russia’s other top team, FC Energiya Voronezh.

The Rossiyanka trio of 25-year-olds received word on Wednesday, February 15 that they had to get to an embassy by closing time on Friday to pick up visas that would be waiting. Their flights to Moscow were that Sunday.

Averbuch made the short trip to New York City from her Montclair, N.J., home and McNeill hopped a last-minute flight to the Big Apple from Atlanta. McNeill dropped the graduate course she was taking at St. Joseph’s University in Philadelphia, which was a step toward the business administration master’s program she will begin at Boston College in the fall.

Robinson flew from San Diego to San Francisco for her visa, then onto New York and Moscow. She walked away from some coaching jobs in Southern California to take the opportunity in Russia.

And from the moment the three Rossiyanka players arrived, there were problems. 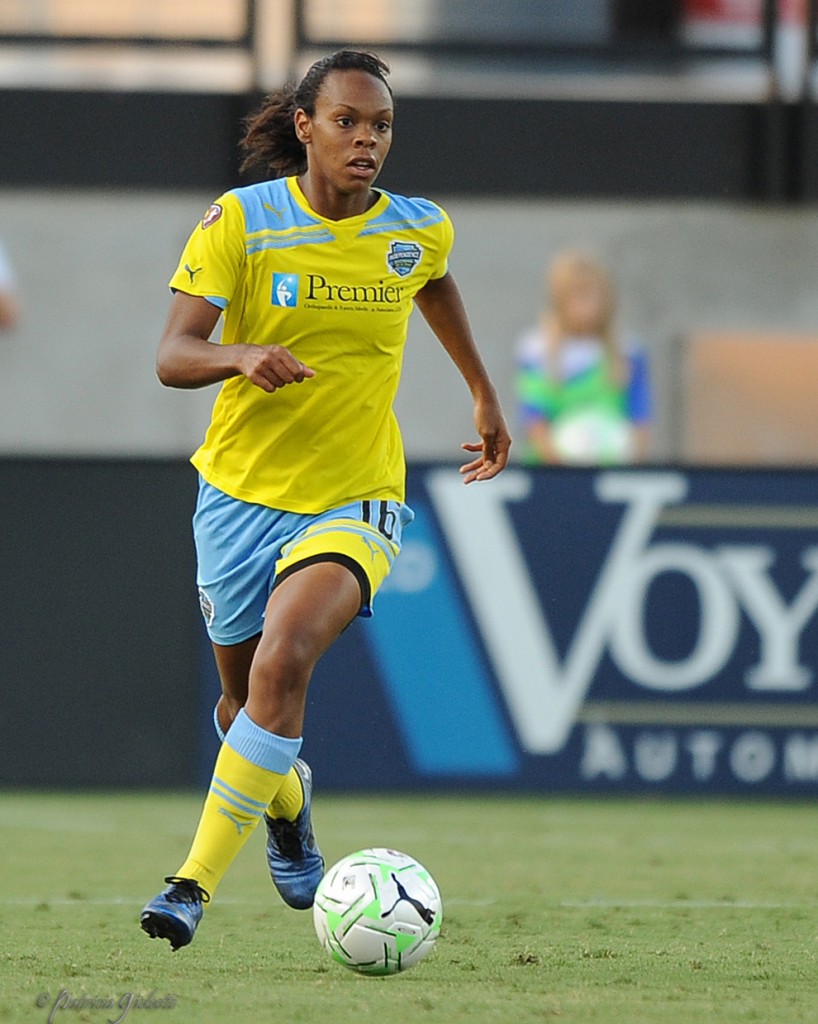 “Just from the beginning we were hoping for a little bit better communication,” Robinson said.

The apartment that Robinson, McNeill and Averbuch were supposed to move into was still occupied by a middle-aged male from Washington, D.C., but a club administrator ensured them that it was safe, McNeill said. McNeill’s protest got the three Americans a hotel room, but that option proved equally alarming.

“Even our coach said he would never step foot in the hotel they put us in,” McNeill said. “I think if our owner knew we were in that hotel, he would have been really upset.”

The three players spent much of their first month with the team on the road, traveling to Spain and France for friendlies before a UEFA Champions League match with Potsdam, from Germany’s Frauen-Bundesliga.

Similarly, Davis and Foxhoven were with Energiya Voronezh on an exhibition trip in Turkey, so none of the five players got an immediate feel for life inside Russia.

After Rossiyanka bowed out to Potsdam 5-0 on aggregate in the Champions League quarterfinals, Averbuch headed back to the States. But McNeill and Robinson continued on to Russia, where none of their problems got resolved.

The pair still lived out of hotel rooms and even utilized their coaching staff’s empty house while the staff was away with the Russian national team. But the players weren’t getting paid. On the 10th of April, they still had not received any compensation for March. They also were did not receive guaranteed stipulations of their contract, the pair said. There was no apartment and there weren’t even smaller items that were supposed to be provided, per the contract, like cellphones (the three Americans shared one phone).

Davis had a better initial experience with Voronezh. She was reimbursed for travel expenses nearly upon arrival and she said she was very impressed with the team’s facilities. In Russia, clubs have base camps which serve as something of an all-in-one college campus for soccer players. Voronezh’s camp featured two grass fields and one turf pitch, along with a gym, sauna and professional chefs serving three meals per day, Davis said.

But the 24-year-old Jamaican returned from the Turkey preseason trip to Voronezh – about 320 miles south of Moscow – having to fight for her apartment, which was guaranteed in her contract. There were always empty promises of paychecks coming soon, Davis said.

Nearly two months into their Siberian escapade, enough was enough. The players wanted out. Easier said than done. A chat with head coach Farid Benstiti about their displeasure with the club left Robinson and McNeill alarmed.

The players began to fear for their future, but time was on their side. Their visas expired in mid-April, meaning they had to renew them or leave the country.

“That was our saving grace was that our visa was up,” McNeill said. “I honestly think that was the only way that we got out of there.”

Multiple emails sent to administrators from Rossiyanka and Energiya Voronezh were not returned.

Shek Borkowski, current coach of WPSL Elite League’s FC Indiana, coached Zvezda-2005 during the 2009-10 Russian Premier League season. He said he never had any problems with getting paid while he was there, but he suggested that players never opt out of their contracts.

That was his advice to Davis, who contemplated her options with Energiya. 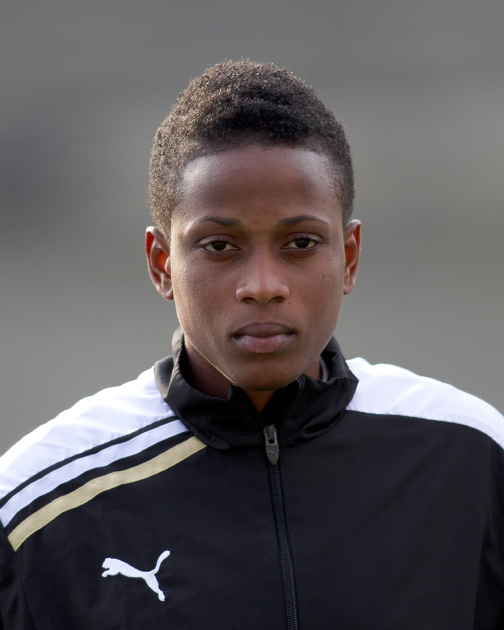 Davis alerted world player representative organization FIFPro of her problems and had to hire a lawyer – Californian Jeff Benz, who is from Moscow – to get her money. She was with Energiya for exactly two months and has since been paid for one month. She has a contract with Energiya that states the club will pay the remainder of what is owed by July 31.

This was not her first run-in with a volatile club. The former George Mason star spent 2011 with infamous WPS club magicJack, which is still involved in a legal battle with the quickly dying league.

Eventually, all four players got paid, but it was far from the Friday afternoon paycheck from accounting. After threatening to go to FIFA with their story, Robinson and McNeill were reimbursed for their thousands of dollars in expenses – in an envelope with cash.

“Money is no objective over there,” Borkowski said.

Whereas WPS teams focused on balancing tight budgets and cutting expenses, Russian team just…spend. They are regionally financed by political backers, although where the money is allocated varies each year, Borkowski said. In 2009, Borkowski’s Zvezda team had a €3 million budget. Rossiyanka had a €9 million budget, he said.

But money does not equate to happiness. Nor does it breed professionalism, McNeill said.

“It’s a bit ironic in some ways,” she said of Russia’s lavish women’s soccer spending. “It’s crazy to see that this club has so much money and they are not professional in any sense of the word. Then this league in the U.S. [WPS], you have these girls who are passionate. You have everything going for it but they have no money.”

Averbuch, McNeill and Robinson admit they were brought in at a time of change – turmoil, even – at the club.

The result was an unhappy core of Russian players, which could explain the harsh welcome. (“We get there and get on the bus and nobody says hello, nobody says welcome and nobody even introduces themselves,” McNeill said. “I thought it must be the community bus, not the team bus.”)

Borkowski, however, noted that Russian players are unlike Americans. They treat the job as exactly that and don’t partake in much of the team bonding that goes on in U.S. women’s sports. 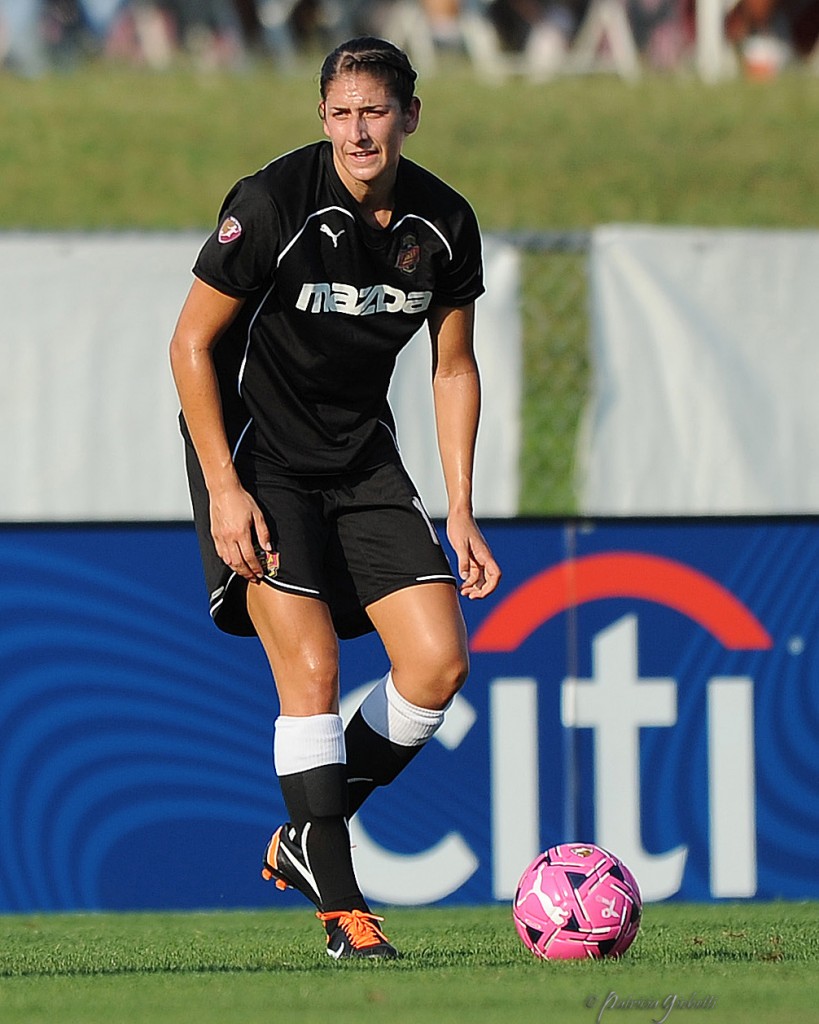 Yael Averbuch returned from her time with Rossiyanka after only three weeks. (Photo © Patricia Giobetti | http://www.printroom.com/pro/psgiobetti)

“It’s not like the United States where you come in with a welcome wagon,” he said. “They show up, they do their job and they leave. They are not the friendliest bunch in that sense.

“If you are a player making $20,000 a month and there is this new guy coming in trying to take your job, you are not going to take them out for ice cream. It’s a job.”

Cultural barriers surely played a role in the stories of these four individuals and their brief ventures into a still largely unknown land for soccer.

But as bad as they say their time was, there were valuable lessons to be learned.

“I think the only bad decision I have made was to not include a return flight in my contract,” Davis said en route home after days of uncertainty as to whether or not she could even exit the country.

And for Averbuch, McNeill and Robinson, it was a potentially once in a lifetime opportunity to experience Champions League soccer.

“To be honest that’s the only reason I don’t regret going,” Averbuch said. “I got to experience Europe and get a taste for things over there.”

Foxhoven remains with Energiya, where she has already scored five goals in just two appearances, including a hat trick against Kubanochka on April 26.

The three Americans are back in the States and Davis is currently in Jamaica. She has to figure out her immediate playing future, which will include either a WPSL Elite League team or  a W-League team.

McNeill and Robinson – who admitted the experience in Russia made her contemplate walking away from the game altogether – will reunite with Paul Riley in Long Island to play for the New York Fury of the WPSL Elite League. Riley coached the two players with the Philadelphia Independence.

All of those domestic settings will place players in more familiar surroundings, where comfort will make up for the lack of money.

“That was our saving grace was that our visa was up….I honestly think that was the only way that we got out of there.
Related TopicsFeatured