Lyon to jump out of the TV 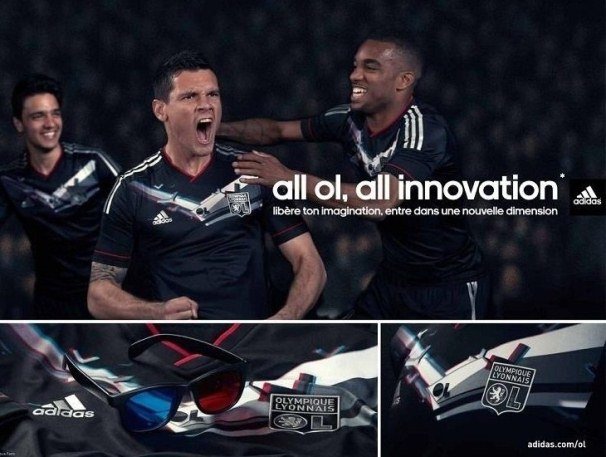 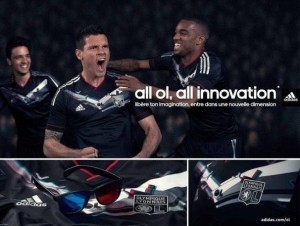 Olympique Lyon will jump out of the TV next season. The team unveiled this week a new 3-D kit that will be worn beginning next season.

I don’t care for watching anything in 3-D and I sure as heck don’t want to watch sports in 3-D. But somehow, this seems kind of cool. One has to imagine the Lyon women – Champions League finalists and absolute star-studded team – will also don these kits at some point. It’s unfortunate that it is practically impossible to watch the team play from the United States (legally, of course – I don’t dig the whole piracy scene).

Check out the video here.

But hey, this is pretty cool…right?

In other third kit news, the Los Angeles Galaxy is letting fans design the team’s third kit for the 2013-14 season. First reaction: That’s pretty dang far from now. Second reaction: Screw it; sign me up.

That’s all the kit nerd I have in me for this evening.