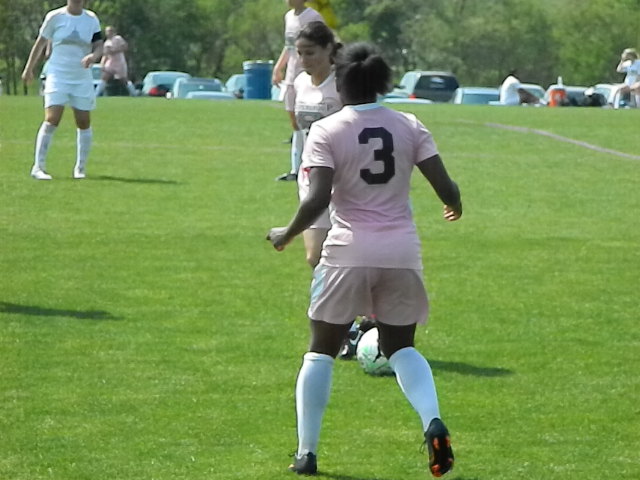 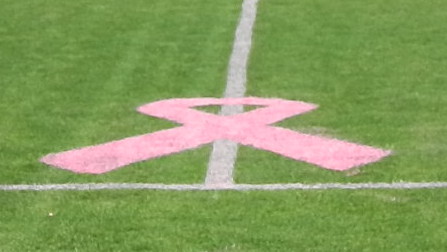 The inaugural Headers for Hope tournament was held April 21, 2012 at the Maryland SoccerPlex in Boyds, Md. All proceeds from the tournament will be donated to the Holy Cross Hospital Cancer Center. The charity tournament featured a number of college teams, semi-professional teams as well as Paul Riley’s Women’s Professional SuperGroup.  The college teams present were Loyola University, University of Maryland, U.S. Naval Academy, and the College of William and Mary. Also present were Maryland Capitols (WPSL) and the D.C. United Women (W-League).

D.C. United Women won the feature match 1-0 over Maryland in the nightcap.  Sarah Sample (Ottawa Fury) scored the game’s only goal off a corner kick from Caitlin Miskel (Valur) in the 60th minute on a wet evening.

The first 15 minutes of the match were fairly even, with neither team dominating the run of play. In the 19th minute, University of Maryland put D.C. United’s back line under pressure, which almost resulted in an own goal. A few minutes later, D.C. nearly scored off a shot from Alex Meyers that hit the crossbar.  Just before halftime, Maryland’s Danielle Hubka was fouled and Maryland was awarded a free kick in a dangerous area, but the ball was deflected by D.C. United’s wall.

“The combination of the young players that we brought in with this game and our veteran players alone was good,” D.C. United Women’s coach Michael Jorden said. “The young ones got a chance to play with some really good players in front of a lot of people against a team like Maryland.”

D.C. United will take on the WPSL Elite Boston Breakers on May 12 in an exhibition at the SoccerPlex.   As if one needed more incentive to attend the battle of the leagues match, one dollar from each ticket sold for the game will be donated to Headers for Hope. Maryland will wrap up its spring season with its annual alumni game on April 28.

The day started early with Navy taking on the Capitols, the SuperGroup facing Villanova and Loyola battling William Mary.  Navy beat the Capitols 5-1, scoring three goals in the second half and the Capitols defense had a number of goal saving. The Supergroup meanwhile edged out Villanova 1-0, while William and Mary beat Loyola 4-1.

“It’s not about the result,” Capitols head coach David Jones said following the loss to Navy. “It’s about learning so that when we start the WPSL season in a couple of weeks we are going to be ready all around.”

“I haven’t seen a lot of these players play in about six months,” Riley said following the 8-0 win over the Capitols. “For a lot of them this is their first game since WPS finished, so you can see a little bit of rustiness with them. But overall, I was pleased with the performance.”

Following the match, the SuperGroup traveled to the University of Virginia to face the Lady Cavaliers on Sunday, where the SuperGroup lost 3-2 to the ACC power. The Capitols will next face the WPSL Elite ASA Chesapeake Charge on May 3.