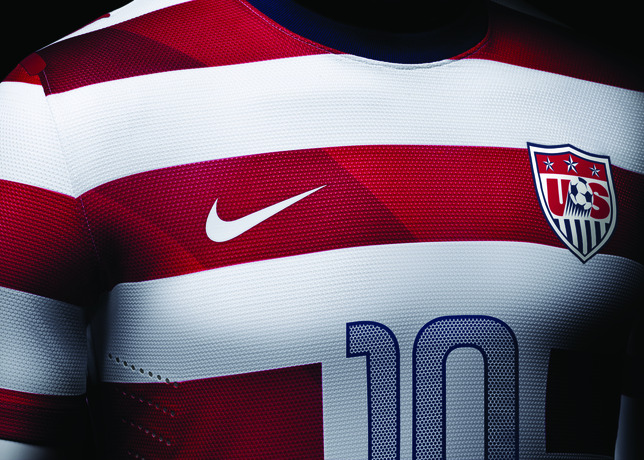 We have been waiting for a while now for the new USWNT kits to be released. Little did we know they would be the same as brand new USMNT kits. And even more surprising? How, uh….different they are.

Nike released the new United States home kits on Monday and the expected outcry – both positive and negative – began. Check it out: 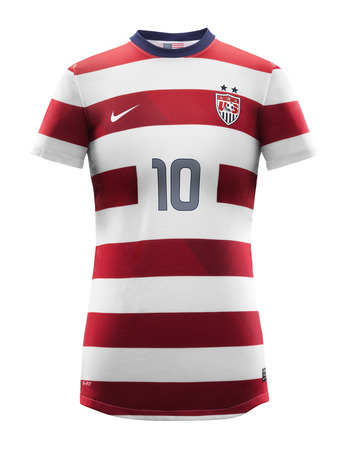 Yes, America, that is your new pride and joy. Red and white hoops with blue shorts. The “Where’s Waldo?” jokes have already been tossed around Twitter, but there is so much more here that falls somewhere between nonsensical and just plain ugly.

UPDATE: A U.S. Soccer spokesman has confirmed that the recently revealed U.S. men’s away kit will also be the away kit for the U.S. women.

First, the positive: The United States men and women will wear the same kit, but not quite for the first time. Don’t forget that the early days of the women’s national team in the late 80’s and early 90’s saw the team wear huge, hand-me-down uniforms from the men. Technically this might be the first time the two teams wear the same uniform, but this historical fact should be noted. Tim Grainey wrote about it in his newly released book, Beyond Bend it Like Beckham.

The kits are also environmentally friendly; bravo, Nike! It is also pretty cool that the American flag has been incorporated into the kit. And of course, the U.S. women will no longer wear their infamously dubbed ‘nurse’ uniforms.

And now for the bad: This is my personal opinion – just as the responses to this will be personal opinions – but I think these are pretty darn ugly. I had drafted up something far more detailed and negative than that statement, but at the end of the day, it’s a uniform. Gold medals are a little more important (the men would have been happy just to have qualified for the Olympics at this point).

Why nonsensical? I counter with a question to that: Why so much change all the time? This just barely keeps the sash theme for the men, but even more so than the new away kits, the sash is totally hidden beneath these hoops. As for the women, think about all of their major moments in such a storied history. Now think of what kit they were wearing. Almost always, it was plain white. And if not, it was solid red or navy. This isn’t quite as bad as those gold uniforms the women had in 2007, however (again, gold medals > gold jerseys).

At least there is no more worrying about which kit to buy. Clint Dempsey, Alex Morgan and male and female fans alike will share the same uniform: 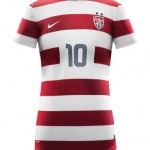 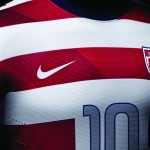 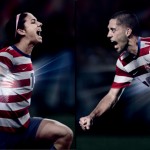 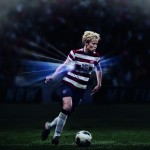 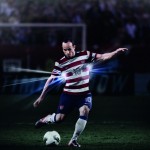 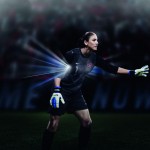 The week that was in women’s soccer
Lilly finishes Boston Marathon, Sauerbrunn headed to D.C.