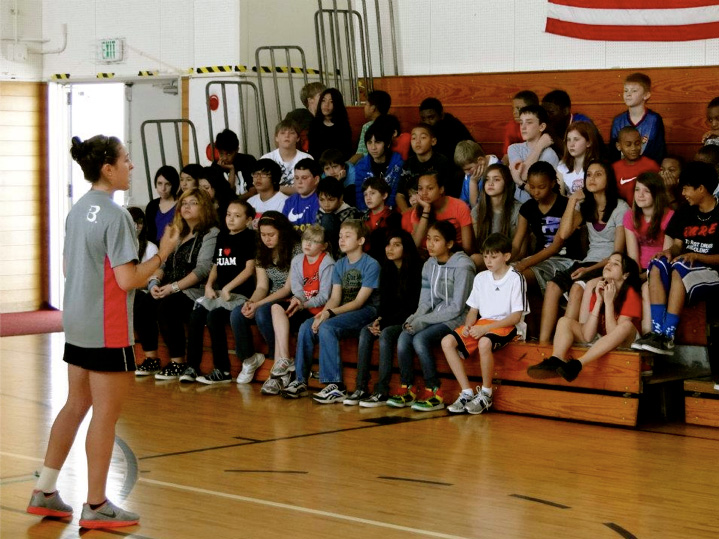 So I read an intriguing piece of literature in the Wall Street Journal while I was eating my apples and cinnamon oatmeal on Wednesday morning (Editor’s note: The article is a few years old, but has recently resurfaced and gotten a lot of attention). To be honest it took me a while of reading it to establish if it was a joke or not. The article was basically a very one-sided opinion that was completely bashing the sport that I love, and that I’ve dedicated a very large amount of my life to. Good way to KICKstart the day, and better yet, a game day!

Not only was the article a tad disrespectful to both male and female soccer players, but also to the fans and to the people who actually do understand the sport. To say, as stated in the article, that “soccer is ruining America” is a bit much, don’t you think? I think a statement such as this one is quite dramatic considering all of the events currently going on in this country, but sure, soccer is obviously responsible for ruining America.

I have had countless numbers of conversations with people who don’t completely understand soccer and have negative things to say about the sport because it isn’t “American”. I could go on a rant discussing each of the “points” made in the article and how inaccurate they are but that would really just be a waste of time. I think every soccer player has heard about how there isn’t much interest in soccer in America, heard complaints on how boring soccer is to watch, has attempted to explain what off sides means far too often…the list goes on.

But does that even matter? Someone will always have an opinion, and we as athletes will continue to brush these negative opinions off because, honestly, we’ve heard it all too many times to really care. And even if we did listen, we love our sport too much for it to influence us.

All of this is irrelevant though for the point I am trying to make. As an athlete, I have a deep respect for all sports because I know what goes into being part of a TEAM. I could understand the mental battles you go through in an individual sport. I get this idea of PRESSURE.

Sports teach everyone who is involved in something different every single day; whether it is a new skill, a new understanding of the game, or a new understanding of self. All athletes understand this concept, and it is because of this that makes us all similar, despite our differences in sport. It doesn’t matter if you play cricket or tackle football—each athlete has a RESPECT for their sport that only themselves and other athletes could truly understand.

Surely we all have sports that may not be our favorite, and we have the right to express this disinterest. However, I don’t know how fair it would be to speak about a sport that I have never gotten the chance to experience as a competitor. Competing in a sport brings out a different meaning in it than does simply being a spectator; to really understand the different physical and mental demands of different sports, and gain a different perspective than the easier superficial one that requires much less work. I would love to invite the author of the article I read to come to a Boston Breakers practice! You know what they say; you must walk (or run) a mile (or 3) in the shoes (or cleats) of someone else (or an athlete).