For Hope Solo, W-League will work for now 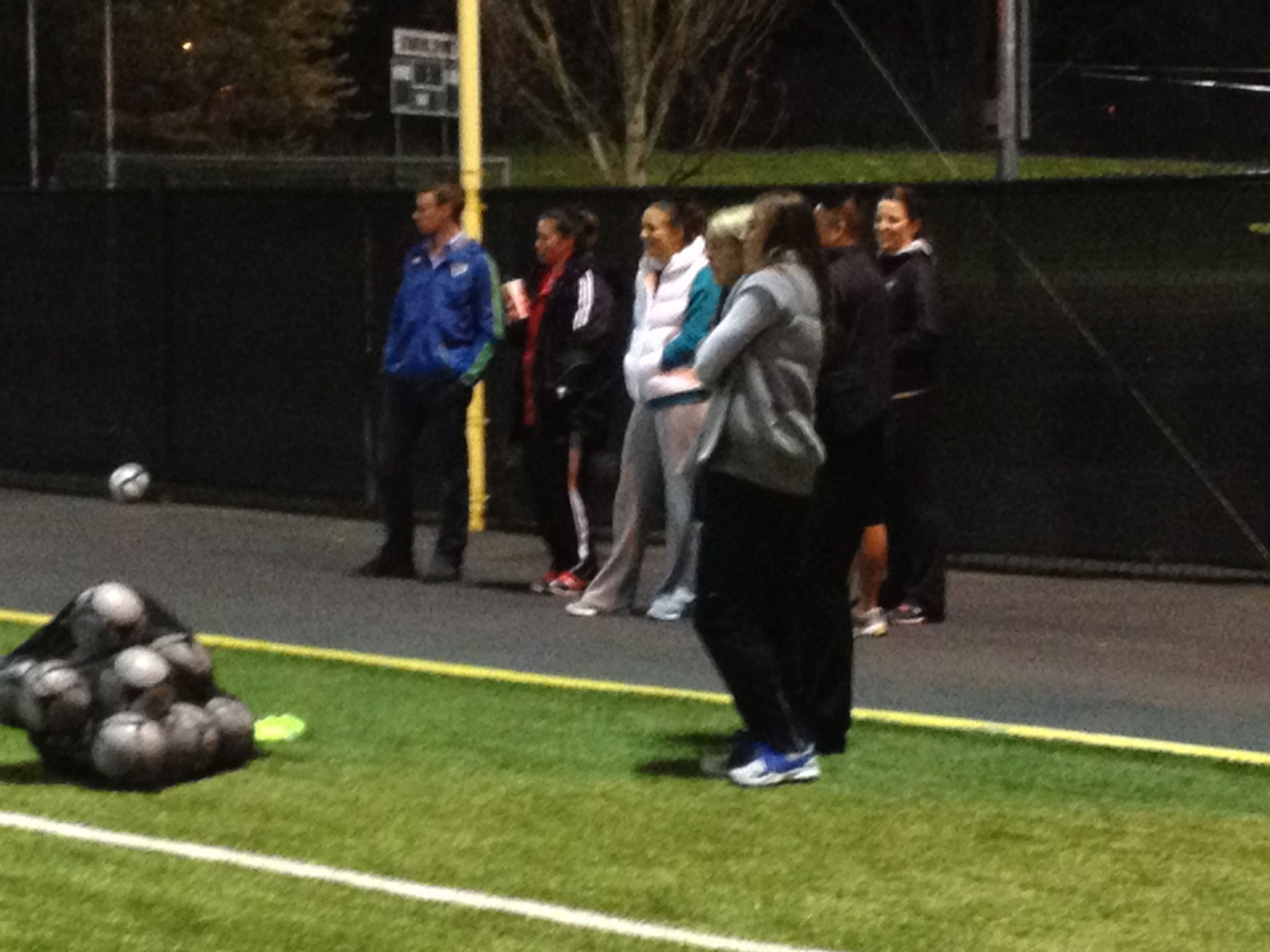 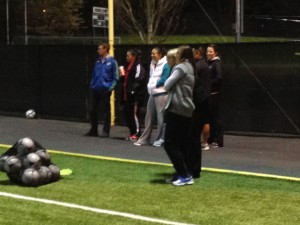 TUKWILA, Wash. — Fresh off a 10-hour flight from Japan, U.S. Women’s National Team goalkeeper Hope Solo spoke to media for the first time as a Seattle Sounders player yesterday at the team’s training ground south of the city.

“You guys, I am so sorry. I’m so exhausted,” she said to the scrum of reporters surrounding her while the team trained in the background.

Solo and defender Stephanie Cox both attended training, but neither participated. Both players were fresh off a 3-0 victory over Brazil and a 1-1 tie with Japan in the Kirin Challenge Cup.

Nonetheless, Cox, Solo, Alex Morgan and Sydney Leroux are all expected to be available for the team’s first preseason game on Monday against Seattle Pacific University. Megan Rapinoe is the only national team player who will not play.

“I’m so excited to be here. I always knew, at the end of the day, I’d end up back here, whether it was when I retired or before that,” Solo said of her signing with the Sounders for the summer. “The end goal is to help build the game in a city that I love.”

Solo said she would like to finish her career in Seattle, not at an amateur club, but at a full-time professional team.

“It’s no secret that we’re still trying to grow a women’s professional league, and we have a lot of work to do,” she said.

The goalkeeper said the fact that Women’s Professional Soccer suspended operations for 2012 had no bearing on her decision to leave the league.

“As of now, I have no intentions to go back to the WPS. Even before it suspended, I had no intentions of going back,” Solo said. “I want to be with an organization that I really stand behind, and I’m happy to be here in Seattle.”

To start a successful professional league in the United States, patience and structure are key, Solo said.

“You want to do what’s best for the sport. Of course, we know we deserve to have a league,” she said. “But it has to be done in the right manner, and you have to be patient because you don’t want leagues to come and go. If you’re not patient, that’s what you’ve seen happen six years ago with the WUSA.”

Previous incarnations of pro women’s soccer in America, including the Women’s United Soccer Association, had some key flaws, she said.

“You can’t just jump into a league with no health insurance (and) no wages that can help you really live a life that you desire,” Solo said.

Solo said winning the Olympics would help build more appeal for a league in the United States.

Cox said the wait-and-see nature of the women’s game in this country is unnerving.

“It’s hard as a pro, for your career, to not be certain about what the future holds,” she said. “It’s been hard the last couple of years, just kind of waiting until the start of the season to see if things are going to unfold.”

Both Solo and Cox lamented that, between national team camps, players don’t have any place to play and stay in shape.

“(Training by yourself is) not the intense, competitive environment that we all strive for going into the Olympics, and that’s what you need as a pro athlete,” Solo said.

A lack of a women’s league didn’t put a damper on her enthusiasm for her upcoming season in the Sounders’ rave green, though.

“I haven’t played in Seattle since I graduated from the (University of Washington) Huskies, so it’s been a long time,” she said. “I owe it to the fans; I owe it to the city that’s really helped progress my career.”

With the Olympics just around the corner and so many national team players in Seattle, national team veteran Cox, who played college ball at University of Portland, was optimistic about using the W-League as a springboard toward a new league.

“I’m really glad that the W-League is stepping up, and I’m looking forward to the future here with the Sounders,” she said. “The Northwest soccer community is huge, so we’re definitely hopeful that this season will only be the start of something great.”

Check out a summary of this story on Storify.