Redemption for that guy with the hot dog: USWNT-China in Chester, again 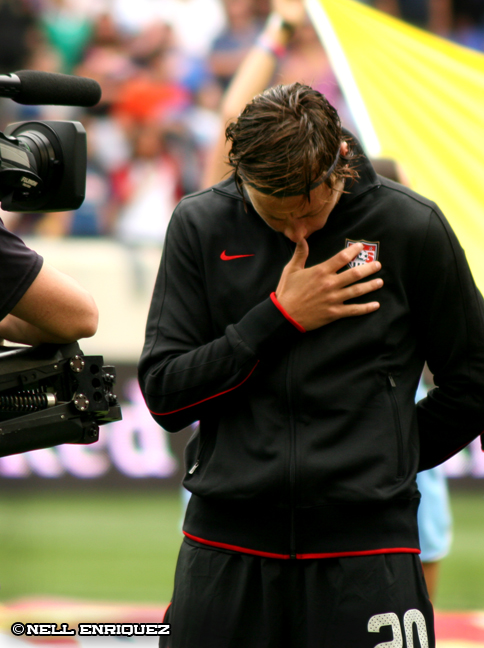 Something tells me Abby Wambach and U.S. Soccer felt bad for that guy with the hot dog about 18 months ago. You know, that guy who was one of the few brave souls to show up to a game that nobody would have known actually took place had ESPN2 not aired it; the one in which the U.S. women tied China 1-1 off an 83rd minute equalizer from Alex Morgan in front of a measly 2,505 people at PPL Park in Chester, Penn.

Yea, that game. The one where Wambach’s shot during warm-ups hit the guy with the hot dog. That was probably the most memorable event of the evening, despite Alex Morgan scoring her first international goal. (That was only a year and a half ago? If you need evidence of how quickly Morgan has burst onto the international scene…)

Anyway, still don’t remember that guy with the frankfurter? Here’s the video evidence:

The U.S. will again play China there on May 27 in a match that surely will not be a bit of déjà vu. That match was the beginning of perhaps the most uneasy stretch the United States women have ever endured. They shockingly finished third in CONCACAF World Cup qualifying in the weeks to follow and had to beat Italy to become the last team to get into the 2011 World Cup – all while still being ranked No. 1 in the world.

It was nearly catastrophic.

But that is all in the past now. The U.S. men are the current goats in the American soccer media after flopping on their collective face in Olympic qualifying (the U-23 team, yes, but there are bigger issues). The women have since made a heart-capturing run to a second place finish in last year’s World Cup, sky-rocketing their status in both the soccer and mainstream media.

What kind of a difference can 18 months make? With some proper marketing (as in, not what we saw when less than 1,000 – don’t let that listed attendance figure fool you – people showed up for Canada-Brazil last Saturday), this game could bring in a respectable 10,000-plus people to PPL, particularly in a now WPS-deprived Philadelphia metro area. After all, 20,677 people showed up in Dallas on Feb. 11 for a dramatic 2-1 U.S. win over New Zealand (thanks again to Alex Morgan).

There will be one more domestic friendly following this game which will serve as the send-off game ahead of the Olympics, which for soccer begin on July 25. That game should be announced soon. I wouldn’t be surprised to see the U.S. play Canada in that game for logistical (geographical) reasons.

And if U.S. Soccer really wants some good publicity, get that man a front row seat and a hot dog, hand delivered by Wambach.