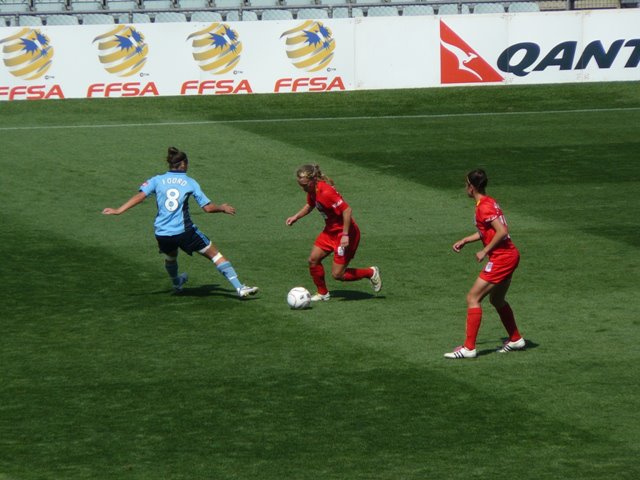 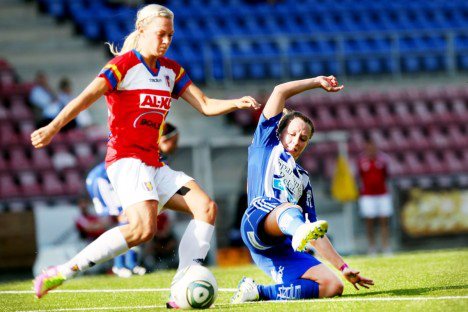 Ashleigh Gunning, right, realized that after 17-straight months of playing, it’s time for a short rest.

It’s not something that your typical American is good at doing, and the longer I’m spending out of America I am realizing that I am, THAT girl—you know the one, the typical American.

When I arrived in Norway two months ago my body was feeling a bit tired and run down but I had just arrived to a new team and it was my first opportunity to prove to my new coaches that they made the right decision by signing me. So, although we had agreed that I would spend the first two weeks here getting acclimated to the new weather and culture, getting settled into my new flat, and begin developing relationships with my teammates and coaches, I fully participated in training the day I landed and everyday thereafter.  A couple weeks later I got knocked on my butt by the Norwegian weather and had a really tough time coming back from it. I think part of the reason I got so sick was because my body was run down and part of the reason my body was so run down was because I got so sick—talk about your double edge sword!

The ‘typical American’ in me started rearing its ugly head three days after getting sick when I went to training. Before training even started I got sent home by my coaches: FAIL. But, I didn’t give up; I showed up at training the next day and insisted on being allowed to train. Of course this set me back as far as the road to recovery was concerned, but I wasn’t going to let it stop me.

I have been taught that unless I am on my death bed, actually in surgery, or at a family funeral I should be at training. If an American is recovering from surgery or an injury then they are actually in more of a time constraint than a healthy player because they must do rehab, their own training (whatever it is they are allowed to do per doctor or physio’s regulations) and be at the team training to support the rest of their team. But, what good does this actually do? I am the first player to agree that supporting my team is important—but what does having to sit through a training session in which you can’t participate do to the mental rehab of an injured player?

Anyways, once I was back at training I still wasn’t feeling ‘normal.’ My legs were heavy, I wasn’t making mentally sharp decisions, my thinking was fuzzy, and my generally positive attitude wasn’t always present. So, I did what any American born player would do: I worked harder. I started doing intense gym sessions four times a week, riding my bike instead of taking the bus everywhere I could, and still training and playing preseason games with the team. If I wasn’t feeling like myself the only thing that could fix it is more training—boy was I wrong!

After a couple weeks of this two-a-day schedule we left for a week long preseason camp in Antayla, Turkey. I had been desperately looking forward to this trip for so many reasons: sunshine, warmer weather, quality time with my awesome teammates, intense training sessions, three preseason matches, quality opponents, and much more. After our first match and two light training sessions the truth I had been desperately trying to ignore could be ignored no longer… I needed rest and I needed it NOW. It just so happened that as I was trying to hide behind my computer screen while doing school work my roommate, our captain and keeper, Erika Skarbo, saw straight through it and made me talk. This one-on-one talk turned more into a conference and after consulting our physio and coaches it was decided that I had to take at least two weeks off.

Our physio figured out that I had been in season for 17 months straight without a recovery period. I am an ALL-IN kind of (American) person– particularly in new situations. I truly think this is one of my best assets and possibly my greatest weakness as an athlete. I am completely devoted to whatever situation I am in and it took a physical, mental and emotional wall for me to smack into in order to force myself to see it. It’s hard to be made to see our weaknesses but I am truly grateful for the support I have received from this amazing club and team! I am now at the end of my two week break; I’ve done some yoga, some leisurely bike rides, played some pick-up football with the kids from the elementary school close to my flat and tried to relax. Relaxing and doing nothing is something that Norwegians have mastered the art of and something that this American transplant is finding as hard as properly pronouncing my Norwegian teammates’ last names!

Moral of the story: Time off is just as important as training hard for elite athletes and neither one can be an exclusive substitute for the other.