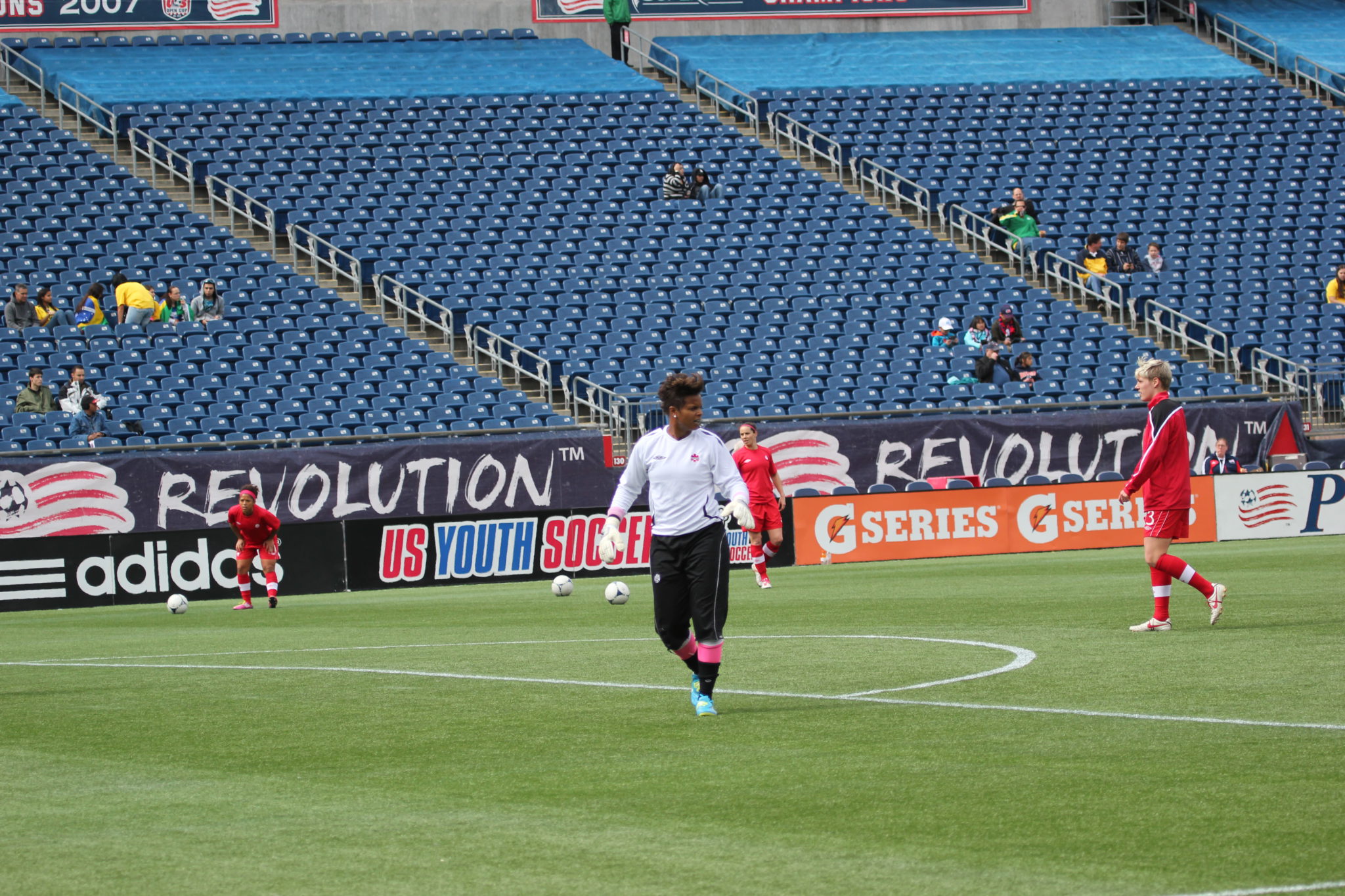 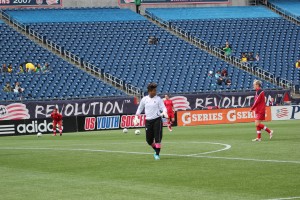 Saturday was a big day for Canada soccer. The senior women’s national team defeated Brazil 2-1 in a friendly between two of the world’s best teams and the U-23 men upset the United States U-23 team 2-0 in Olympic qualifying.

Lost in the commotion of those two big upsets is a huge landmark for Canadian goalkeeper Karina LeBlanc, who earned her 100th cap on Saturday. That historic 100th appearance for her country came in Gillette Stadium, just south of Boston, where LeBlanc began her professional career with the Boston Breakers in the WUSA in 2001.

“As we were driving up [to the stadium] I just sat there smiling,” LeBlanc said following her 90 minute performance on Saturday. “I am just so lucky.”

Hitting the century mark for her country may have been a little sweeter for LeBlanc had she earned the shutout, but the victory served as a positive for Canada as it prepares for the 2012 London Games. LeBlanc read Gabriela Zanotti Demoner’s body language on the penalty kick the Brazilian took in the 88th minute and LeBlanc went to her right, but the ball deflected off of her hand and into the back of the net.

To be that close to saving the PK was annoying for LeBlanc, but she came up big throughout the game, most notably in the 75th minute when she incredibly stopped Marta’s half-volley from just six yards out.

It was an emotional day for LeBlanc, and for good reason. On Friday evening, her Canadian teammates honored her for her 100th cap, sharing fond memories and throwing in a few playful jabs at LeBlanc’s age. LeBlanc began representing Canada in 1998, but even after 14 years, the feeling never gets old.

“I just feel so blessed to have such amazing people,” LeBlanc said.