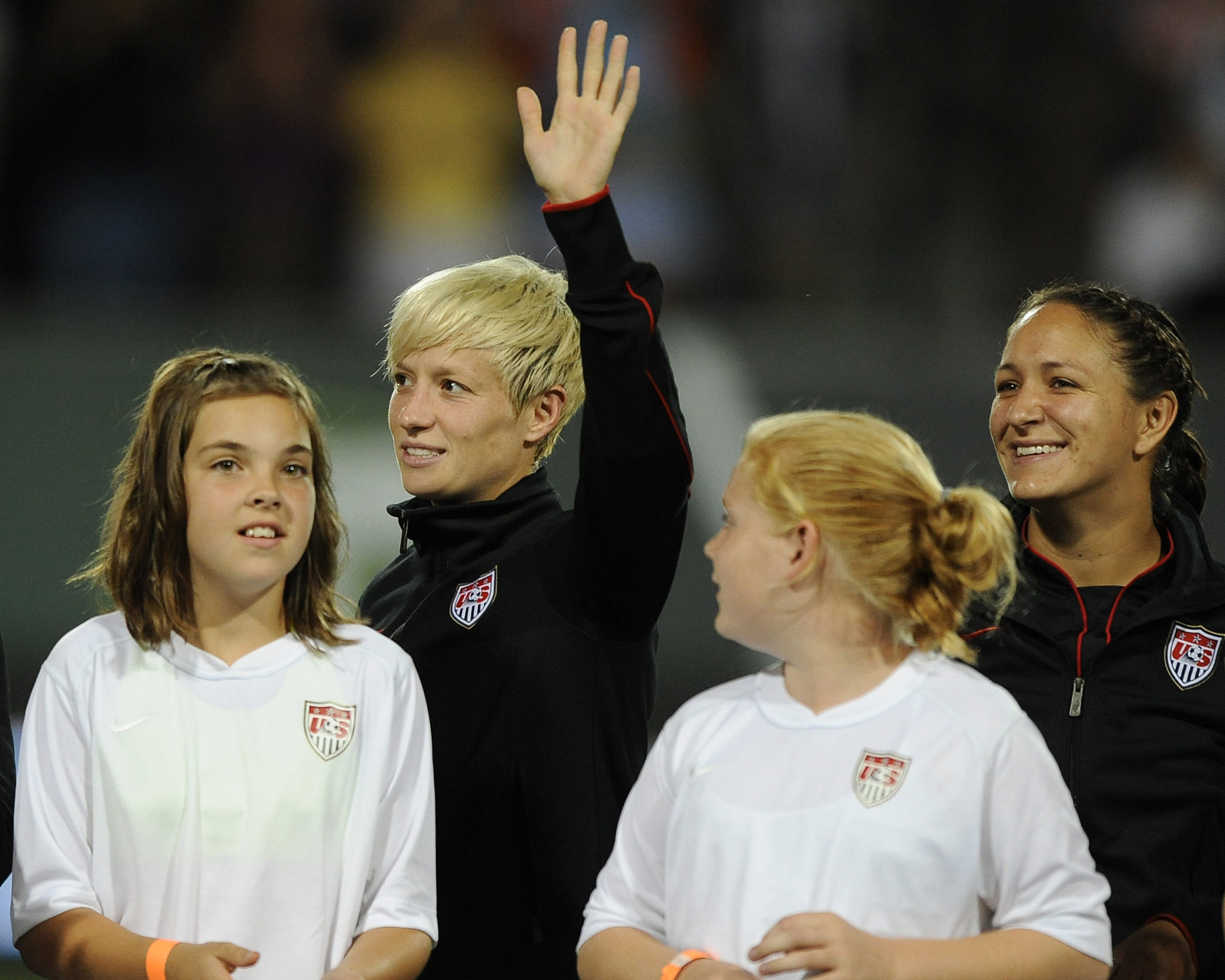 Somehow, the Seattle Sounders Women continue to out-do themselves. The USL W-League side made an initial splash in early February by signing U.S. internationals Sydney Leroux and Hope Solo, the world’s best goalkeeper. Then the Sounders brought in wonder kid, pop icon and scoring wizard Alex Morgan for the 2012 season. And now?

Megan Rapinoe, another top U.S. talent and another one of the most popular and recognizable faces in women’s soccer.

All of the aforementioned stars are only expected for a handful of games (anywhere from three to six), but even those appearances should bring a wealth of credibility – and maybe some victories – to the Sounders Women.

Seattle General Manager Amy Carnell clearly has some very big plans for the Sounders Women and they are certainly coming together nicely. My thoughts? There is no holding back now.

The Starfire Sports Complex soccer stadium might be able to pack in 5,000 fans on a good day. The few games in which Rapinoe, Morgan, Solo and Leroux will all be on the field at the same time – in a soccer-mad city like Seattle, no less – should be instant sell-outs. If I am Carnell, I would certainly look into the possibilities of playing a doubleheader with the Sounders MLS side at CenturyLink Field. Seattle is the perfect market for that and I suspect that the women’s game, packaged with the Sounders MLS team which typically draws over 38,000 fans per game. I’m willing to bet a good amount of them would stick around to see their suddenly stacked Sounders Women team.

This signing comes one day after W-League Commissioner Amanda Duffy issued a letter to fans about the direction of the W-League. Coincidentally, the WPSL – long-time rival of the W-League – issued a similar letter from its commissioner, Jerry Zanelli, just hours later. Hmmm. Like I’ve always said, can’t we all just get along? I know….that’s asking too much.

If we’re keeping score, the W-League has the upper hand on this one by Seattle’s acquisitions alone.