Solo, Leroux to play for Seattle Sounders Women in 2012 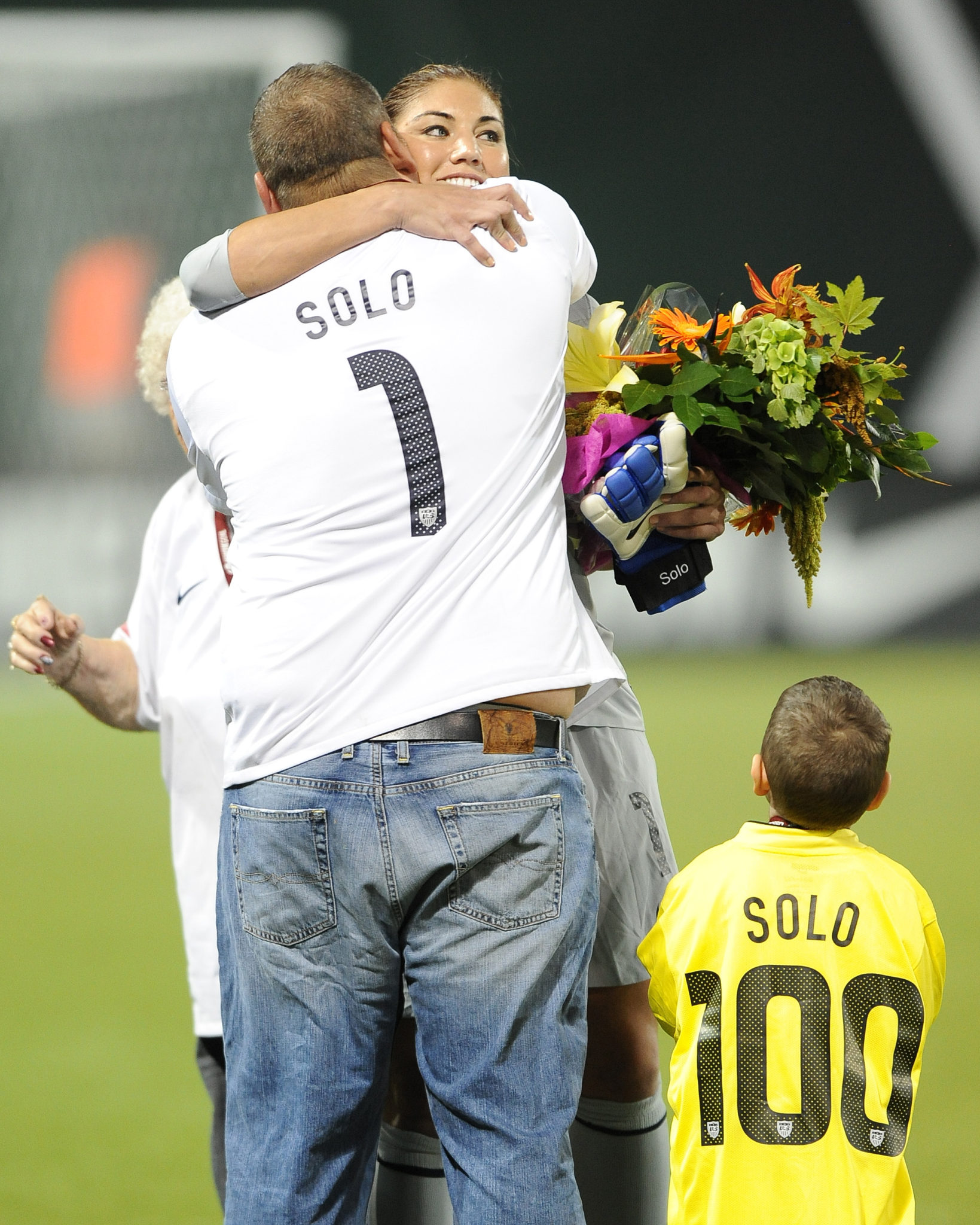 Hope Solo was honored for her 100th cap in Portland. Now she'll be playing for the Seattle Sounders Women in 2012. (Photo Credit: Patricia Giobetti | http://www.printroom.com/pro/psgiobetti)

Solo is an adamant self-proclaimed Seattle Sounders MLS, went to school at the University of Washington and grew up in Richland, Wash. Her signing with the Sounders Women is one of the biggest moves in the history of the USL W-League. The W-League has seen many now big names (and national team stars) play in the league in the past, but the timing of this – with Solo at an all-time high in fame and peaking on the field, not to mention a busy Olympic year – makes this signing an unexpected coup.

This should also put a lot of butts in the seats in Seattle (presumably still at Starfire Sports Complex).

Leroux is a Vancouver native and an ex-Vancouver Whitecap. If the rivalry between those two teams on the men’s side even remotely carries over to their women’s teams, this should certainly make for a fun season out west.

Of course, it remains to be seen how often the two will be around. Surely they will wear the rave green kits at least a few times this year, but they will certainly have their hands full with U.S. commitments.

Bravo to the Sounders Women for putting this together. It’s a great way to market women’s soccer in a geographic market that has long been targeted as an expansion candidate by the currently suspended Women’s Professional Soccer. For the first time, there is actually a sign that the Sounders Women may actually be bringing things to the next level.